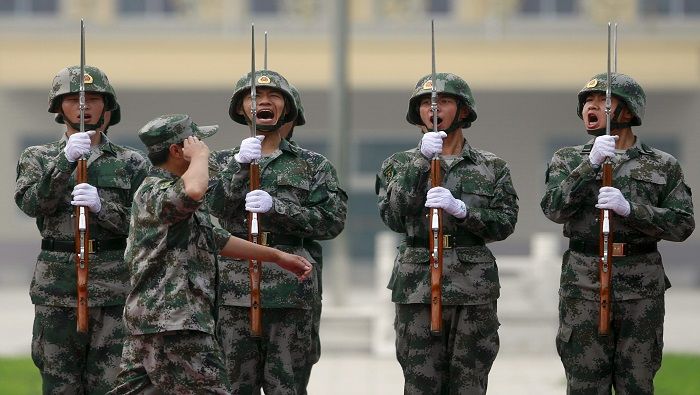 The Chinese government has issued their official response to the allegations that claimed Beijing sent the People’s Liberation Army to Venezuela.

The spokesperson for the Chinese Foreign Ministry, Geng Shuang, told reporters at a press conference Wednesday that all reports claiming Beijing sent troops to Venezuela are untrue.

When asked if the People´s Liberation Army had deployed to Venezuela, Shuang told the reporter that he was unaware of such a deployment by his country’s military.

“As for the second question, I don’t know where you got this information or for what purpose it was produced, but I can tell you this: what you said is simply not true,” Shuang said, adding that “the Chinese government’s position on the Venezuela issue is consistent and clear-cut.”

Shuang stated that China objects to any kind of international interference in Venezuelan affairs, including any form of intervention.

“We firmly uphold international law and the basic norms governing international relations, object external interference in Venezuela’s internal affairs and believe the country’s government and opposition need to seek a political solution through peaceful dialogue. Following the principle of equality, win-win cooperation and common development, we will continue to advance China-Venezuela relations and cooperation in various fields,” he added.

Last week, China delivered 65 tonnes of humanitarian aid to Venezuela as part of their strategic partnership with the Latin American country.

China has now delivered humanitarian aid to Venezuela on at least two occassions this year, with their previous delivery taking place in February.