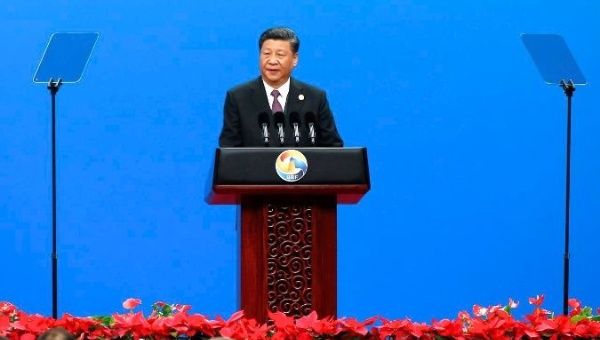 Xi’s BRI policy aims to reconstitute the Silk Road and connect Asia to Europe and Africa through maritime, road and rail projects.

Chinese President Xi Jinping assured that the Belt and Road Initiative (BRI) has “zero tolerance” for corruption and pledged financial sustainability of the global infrastructure project, during an address at BRI opening ceremony in Beijing Friday.

“Certainly, while building the Belt and Road Initiative, we will face difficulties and there will be twists and turns,” Xi said at a state banquet Friday. “No matter a smooth or challenging way, we need to continue the spirit of partnership, not forget our initial intention of cooperation and move forward unwaveringly.”

The global projects will be funded, to the tune of hundreds of billions of dollars, from Chinese banks.

“We need to encourage the full participation of more countries and companies, thus expanding the pie of common interests,” Xi said the following day, at a roundtable meeting of the Second Belt and Road Forum for International Cooperation (BRF) in Beijing, echoing the sentiments of a communique which had been obtained by AFP.

The document pledged to “reject protectionism” and “unilateralism.”

The United States, whose president ran an election campaign on an “America First” policy China’s Xi have been at odds involving trade which subsequently led to tariffs.

Look at the sea routes of China’s “Belt and Road Initiative. The most important island is … Sri Lanka

Behind every massive Islamic terrorist attack is a geopolitical motive. The jihadists and their puppet masters…#BRI #BRF #geopolitics pic.twitter.com/0QfcywkldF

“Faced with this rising resistance for the past year and a half and this debt image … China is trying to reposition (BRI) and send a reassuring message,” said Nadege Rolland, a senior fellow at the National Bureau of Asian Research, a US-based think tank. But “let’s see how it is put into practice.”

Some 37 leaders from Europe, Africa, Asia and Latin America were in attendance.

Xi’s BRI policy aims to reconstitute the Silk Road and connect Asia to Europe and Africa through maritime, road and rail projects.