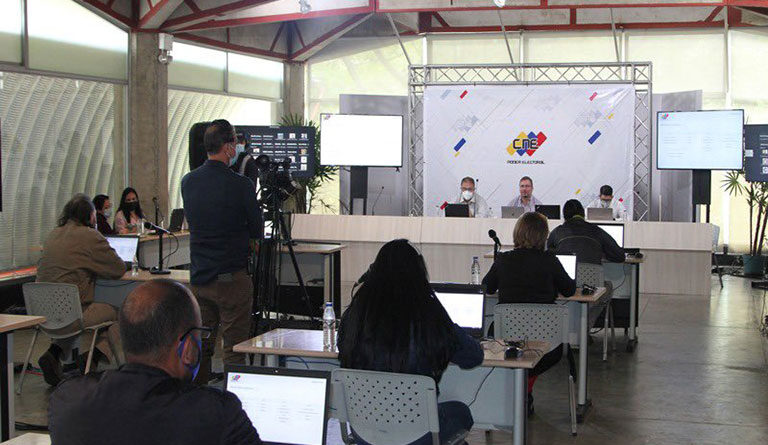 The political representatives who attended the audit of the voting machine software in the pre-electoral phase of the regional and municipal elections scheduled for November 21, have validated with their signatures the revision of the set of modules, security codes, databases, applications and software planned for the first week of this activity of the electoral schedule. This was reported by Venezuela’s National Electoral Council (CNE) on its Twitter account this Saturday, September 4.

The national electoral body reported that between Monday, August 30 and Friday, September 3, the computer components related to the installation and initialization of the machines were reviewed and evaluated. Likewise, the performance of the “Voting experience” module was tested, which allowed to start the analysis of the machine’s operability in the voter authentication phase and selection of the voting option.

During the activity there was continuous interaction between the experts in charge of conducting the audit and the representatives of political parties who participated in person, to which were added the proposals of national observers and members of electoral bodies of Latin America and other regions, who participated through the digital platform Zoom.

The second phase of the audit of the voting machines software will begin on Monday, September 6. The process is being broadcast daily from 9 a.m. on CNETV streaming channel, which can be accessed from the official website of the CNE: cne.gob.ve.

Featured image: Venezuelan national electoral authority, CNE, with the support of political parties participating in the November 21 elections, advances in the audit of the voting machine software. Photo: Twitter / @cneesvzla