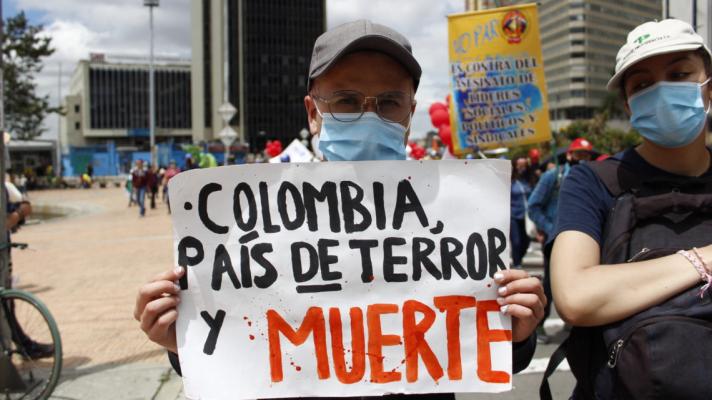 At least 904 social leaders and 276 FARC-EP guerrilla ex-combatants—signatories of the peace agreement forged in Havana during the government of Juan Manuel Santos—have been assassinated since 2016, according to a report by the Special Jurisdiction for Peace (JEP).

Nearing the end of April, when this brief note was published, using data from Indepaz, the number of social leaders and human rights defenders reported murdered so far this year in Colombia rose to 52, with the violent death of indigenous woman Sandra Peña in Caldono, Cauc department, this past Tuesday.

The violence against these sectors has intensified in 2021, in comparison to last year. In order to reach 50 murders in Colombia in 2020, it took until June—confirmation of the acceleration of the consequences of the social and armed conflict unfolding in Colombia for more than half a century.

In addition, the number of assassinated former FARC-EP combatants who signed the peace accords has reached 16 in 2021, with the killing of Yeison Ayala Ruiz on April 18 in the La Macarena municipality, Meta department.

Likewise, in 2021 a total of 28 massacres have been registered in Colombia to date.

Featured image: The number of massacres registered in Colombia rises to 28 (File photo).