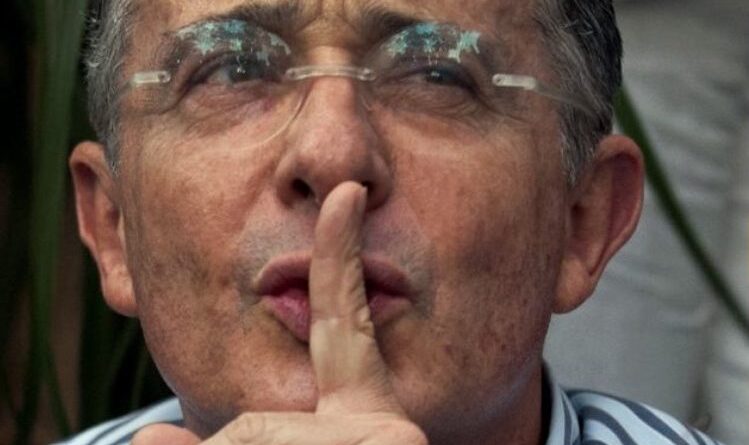 Colombian President Iván Duque is trying to achieve impunity for former President Álvaro Uribe through a “trick,” says one analyst.

Álvaro Uribe, who is under house arrest for alleged crimes of bribery of witnesses and procedural fraud, resigned from his position as senator on August 18, so his defense claimed that the case should go to ordinary justice.

In an interview granted this Tuesday to HispanTV network, the international analyst Moisés Ninco has addressed the issue, and says that the current Colombian president, Iván Duque, from the same party as Uribe (the Democratic Center), establishing control of the Executive towards the other branches of public power, what he wanted was to avoid the capture and imprisonment of the former president.

“[In this way] he has achieved that the process, through a trick of Álvaro Uribe Vélez in which he resigns from the Senate to be investigated not by the Supreme Court of Justice but by the Prosecutor’s Office, achieves impunity for the former president,” Ninco has indicated.

The analyst denounces it as “a segregation and sedimentation of the institutions to the detriment of the 1991 Constitution and in favor of the appearance of increasingly outraged citizens who say with the greatest clarity that in Colombia there is no division of powers.”

The Supreme Court of Justice ordered the arrest of former President Uribe in early August for the crimes of procedural fraud and bribery. However, the highest court has reported this Tuesday that it is transfering the process to the Prosecutor’s Office, because the facts investigated are no longer linked to his position as senator.

The legal process against Uribe will affect the governance of Duque, who is serving two years in office. In fact, the future of the Colombian right depends largely on Uribe’s fate.

Duque himself is under investigation for the illegal financing of the electoral campaign that brought him to power in 2018. If the possible irregularity is proven, the current ruling party could lose its legal status, which would prevent candidates from presenting for future elections.

In addition, in an extreme case, Congress could decree the loss of the president’s office, according to the procedure contemplated for investigations and trials for political indignity.