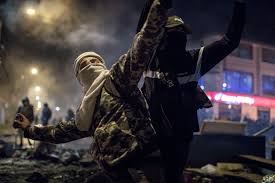 In Colombia, September 9 has now been designated as the day of human rights in homage to San Pedro Claver, a Jesuit priest who dedicated his life to the defense of black Africans kidnapped from their land and brought and sold into slavery in Cartagena. On that day and as another example of the very serious situation that human rights are going through in the country, two agents of the National Police murdered Javier Ordoñez by applying ten electric shocks with a Taser gun in the town of Engativa, in the city of Bogotá. This was the straw that broke the camel’s back against an institution that has been repeatedly denounced for its arbitrariness and the excessive use of force without investigations into its crimes, even when it was proven that they had abused their legal and constitutional powers.

The first thing to clarify is that this is not an isolated event. It is not a question of isolated events, as the high spokesmen of the regime said. The NGO Temblores in its report entitled Bolillo, Dios y Patria, points out that in the period 2017-2019 there were 639 homicides, 40,481 cases of physical violence and 241 of sexual violence, in which, based on reports from Legal Medicine, there is a presumed member of the law enforcement involved. In the first quarter of this year alone, eight cases a day were opened for police abuse. In the first semester, the police opened 3,674 cases, 1,474 for alleged abuse of authority. No one knows the number of unreported cases but in the open cases only 10 police officers have been dismissed.

The popular indignation over the murder of Javier Ordoñez was not long in coming. The protests in front of the headquarters of the Immediate Action Command, CAI, in the neighborhood of Santa Cecilia, where the events took place, were constant throughout September 9, with demands against the excessive violence and lack of respect for human rights by the two police agents directly responsible for the murder. And then, in the afternoon, the protest and outrage manifested itself in practically the entire city. People came to protest against the police stations of the CAI in virtually every location they exist. As the hours passed, the protest became violent by the end of the day 7 people had been killed, 5 in the city of Bogotá and 2 in the neighboring city of Soacha along with 140 people injured including 87 police officers and 53 civilians.

The pronouncements of the national government have been pathetic. Faced with the murder of Ordoñez, Duque, who did not even mention him by name, said that in an act of gallantry the police had recognized the facts and the corresponding investigations would be carried out. Duque’s disconnection with the reality of the country is a sign of his mediocrity. No less foolish is his cabinet, the questioned Minister of Defense to whom the National Police depends on, Carlos Holmes Trujillo, announced “exhaustive” investigations as he has done in the face of the 55 massacres that have occurred in Colombia during the course of this year 2020. The truth is that impunity is almost total and the citizens are aware of that, and are demanding the dismantling of the Anti-Motine Squadron, ESMAD, and the punishment for police abuses.

The problem is deep and requires structural reforms that this government has no interest in carrying out. The first would be to separate the National Police from the Ministry of Defense, as we have proposed for many years. Its attachment to the Ministry of Defense militarized the Police, which should be, as the Political Constitution points out, “a permanent armed body of a civilian nature, in charge of the nation, whose primary purpose is the maintenance of the necessary conditions for the exercise of public rights and liberties and to ensure that the inhabitants of Colombia live together in peace” (Article 218 of the Political Constitution). This implies demilitarizing the police and assigning them to the Ministry of the Interior, which is the institution responsible for the protection of human rights and civil liberties. As a result of the long internal armed conflict, the police are far from what the constitution says they should be. Then the first thing to do is to put it under the direction of the Ministry of Interior but that has not been possible so far.

A second element that we noticed when the reform of the Police Code was being processed in Congress in 2016 is that, far from developing norms that would deepen the civilian nature of this armed body, the reform provided the police with excessive norms that went against citizen liberties and also favored impunity by strengthening the military jurisdiction enjoyed by its members. Therein lies one of the central problems.

On November 23, 2019, young Dilan Cruz was murdered in the protests surrounding the National Strike of November 21. His assassination continues to go unpunished as a result of the judicial decision that transferred the case to the Military Criminal Justice, where it is almost certain that the agents responsible will not be punished. There is an institutional design that favors abuse, arbitrariness and the excessive use of force, protected by the current Police Code that the population suffers from daily.

Added to the hundreds of citizens murdered without results in investigation is the arbitrary quarantine fines being leveled against people who are on the streets has created a feeling of indignity and anger that burst out on September 9 and continues to clash with a government that is inept and insensitive to popular demands.

RELATED CONTENT: Iranian Ship “Honey” in Venezuela: How did it Arrive, What did it Bring and Where did it Sail?

In the case of Bogotá, the situation is more complex. The mayor Claudia López, condemned the murder of Javier Ordoñez and offered support to his family and the two young children he left behind but she must go further and demand a profound reform of the police apparatus in the city. Although the police structure is centralized and depends on the Ministry of Defense and the President of the Republic, she has the constitutional principle that the mayor is the head of the police in her municipality that she needs to assert. She must lead the outrage including investigating shadowy armed civilians accompanying the police in their wave of oppressive violence.

It is necessary, as Jorge Eliécer Gaitán clearly pointed out in the middle of the 20th century, to work for the moral restoration of the Republic and for that it is necessary to work for a democratic coalition of the center-left that will stop the surrender of the country to the mafias. Massive protests are on the horizon and will come as soon as the conditions of the pandemic allow it.

The people of Colombia condemn the laziness of this government, its failed policies for handling the pandemic that has left us with nearly 700,000 people infected and nearly 25,000 dead, and with a pathetic effort to even slow it down. We have an incompetent government that governs for the rich, that denies support to the proposal of basic emergency income, and has only spent 56% of the 25.6 billion it has in the Emergency Care Fund. Meanwhile, it intends to dedicate 1.4 billion pesos of these funds to rescue a company like Avianca that is not a national airline but that money will be used to pay Avianca’s debts to the owning group of Sarmiento Ángulo and the Colpatria group that has supported Duque and Uribismo.

We need outrage and mobilization but we must ensure that this social indignation is converted into political indignation. We must mobilize to demand basic emergency rent now! A policy of support for the peasant economy that supplies 80% of the food we consume in the country and is ignored by the government. Peaceful mobilization, building an alternative democratic coalition; these are the tasks of the moment.