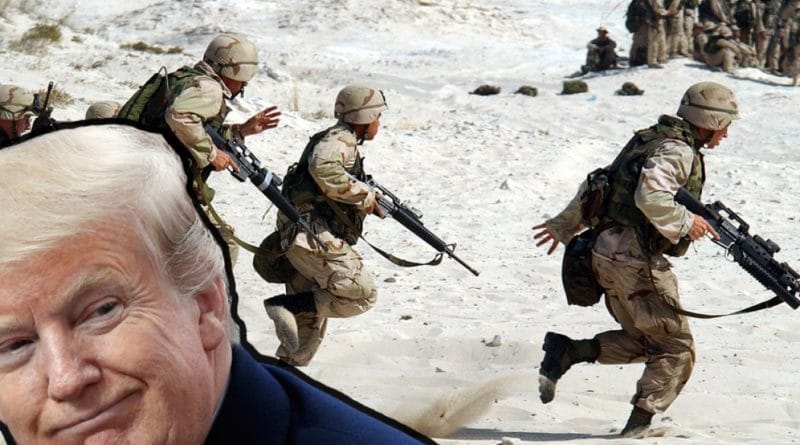 We need to look at the role of US bases in Colombia when it comes to ‘regime change’ efforts in Venezuela,

News of the recent attempted incursions into Venezuela are a timely reminder of the ever-present threat of US bases in Colombia. On May 3 Venezuelan armed forces picked up a band of mercenaries attempting to enter Venezuela from Colombia in speedboats carrying weapons and other military equipment.

Another incursion was attempted the following day and more mercenaries were captured. Those captured included two former US Green Berets.

Goudreau, who has previously worked as US President Donald Trump’s security, is known to have planned to smuggle weapons into Colombia, while Alcala has previously confessed to plotting military incursions into Venezuela from Colombia with the aim of overthrowing President Nicolas Maduro.

For some time, the Venezuelan authorities have been aware of three mercenary training camps in Riohacha, Colombia, each one led by a soldier or former soldier from the US. Their existence has been denounced several times by the Venezuelan government, and representations made to the Duque government in Colombia.

The camps’ co-ordinates, confirmed by the captured insurgents, have even been announced publicly on TV, but all complaints have been ignored or dismissed by the Colombian authorities.

Colombia’s President Duque and Trump both deny any knowledge of this terrorist incursion, but their protestations have little credibility.

Both the US and Colombian governments are committed to regime change in Venezuela, by any means necessary. For decades the US has used NGOs and private organisations to carry out its regime-change operations against countries whose politics it dislikes.

Every year millions of dollars flow from the National Endowment for Democracy into the pockets of opposition activists based in Venezuela, Colombia and elsewhere. Trump has bankrolled failed coup-plotter Juan Guaido to the tune of over $650 million and has even offered a $15m reward for the capture of Maduro.

A $212 million contract between Guaido and Goudreau’s Silvercorp to overthrow Maduro was revealed recently by the Washington Post, and comes as no surprise to those familiar with US tactics. Significantly, US Secretary of State Mike Pompeo, commenting on the incursion, could only deny “direct” involvement and hinted that he knew how it was funded.

Numerous aggressions perpetrated against Venezuela have been organised in Colombia and can often be traced back to Washington.

Less than a year ago, explosive drones were used in an assassination attempt against Maduro and various high-ranking political and military figures.

Before that there was Guaido’s attempt to push “humanitarian aid” across the border at Cucuta at the Branson-led concert with the open complicity of Colombia’s army and police.

More troubling is the Defence Co-operation Agreement signed in 2009 by Colombia’s then president Alvaro Uribe and George W Bush, allowing the US to establish seven military bases in Colombia, ostensibly to fight drug trafficking but almost certainly aimed at facilitating military action against Venezuela.

That number has since increased to 10, and bases have also been established in Brazil, Curacao, Ecuador, and the Lesser Antilles. Venezuela is effectively surrounded by hostile military installations.

If the US bases in Colombia have really been fighting drug trafficking, they are a dismal failure. Since 2009 drugs production in Colombia has increased by over 30 per cent.

Furthermore, most illicit drugs reaching the US come from Colombia — and about 90 per cent of shipments arrive via the Pacific, not the Atlantic, suggesting that recent US naval exercises on Venezuela’s coast were more about intimidation than drugs enforcement.

As a close neighbour with a US-friendly government, Colombia is a convenient base for launching overt or covert operations against Venezuela all to satisfy the US demand for regime change. The mercenary training camps in Colombia represent a significant act of hostility to Venezuela, violating the basic protocols of international law and good neighbourliness.

The parts played by former US military personnel in the recent attacks on Venezuela, the aggressive foreign policy of the US State Department and Pentagon under Trump, US financial backing for regime-change operations and the hostility of the Colombian government towards Venezuela all point to the conclusion that US bases in Colombia have a more sinister purpose than countering drugs trafficking.

These bases are a dangerous presence in the region and a threat to the stability and wellbeing of Venezuela. Campaigning for their removal must be part of our international solidarity efforts.

Susan Grey is a vice-chair of the Venezuela Solidarity Campaign