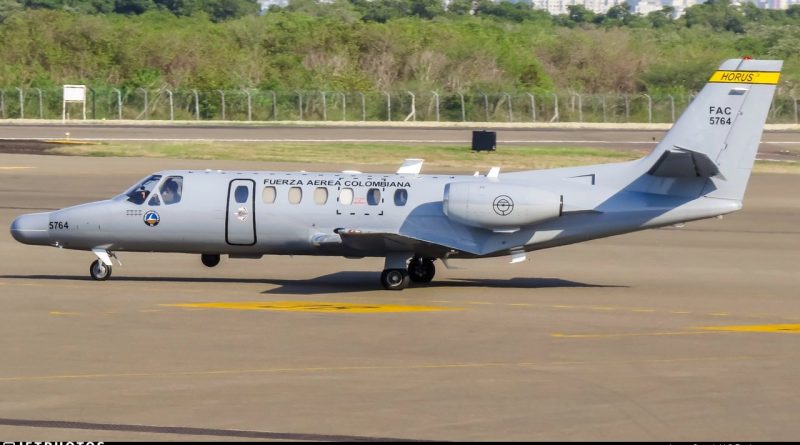 A Colombian spy aircraft was detected flying towards Venezuelan territory by the aerospace defense system of the Bolivarian National Armed Forces.

At 2:25 in the afternoon of September 18 the FANB aerospace defense system was activated, after detecting an aircraft of the Colombian Air Force flying towards the Venezuelan territory up to the Guajira territory.

Immediately, defense and security protocols were activated and three Sukhoi airplanes took off from the Liberating Base, in the Aragua state.

The Cessna Citation Ultra aircraft, with the acronym FAC5764, model C560, is an intelligence and electronic reconnaissance aircraft of Colombian aviation, which had taken off from the Barranquilla CECOM3 air base.

However, realizing the approach of the Sukhoi, it chose to correct its trajectory and stay in Colombian airspace.

The aircraft made a suspicious overflight because after flying over the departments of César and Guajira, it maintained its eastly direction, in the direction of the population of Machiques, Zulia state, according to the route drawn by web services of public access radars. These use the call sign of the plane to track it.

Everything indicates that it was a premeditated provocation, since the incident occurs at a time when military exercises have been taking place in Venezuela at all its borders for two weeks.

This Wednesday the Ceofanb commander, A. J. Remigio Ceballos, reported that there was a “deep surveillance” at the border and stressed that the Air Task Force had been deployed.

Although these types of aircraft are war planes and belong to the FAC fleet, they are not armed.

Several similar incidents occurred between May and July of this year when the Aerospace Defense Command detected the presence of US Boeing RC-135 electronic intelligence aircraft, which also does not use weapons, a few miles from the Venezuelan coast and that crossed the region of international flight managed from Maiquetía.

According to the web page of the Colombian Air Force, the FAC 5764 aircraft is based in Cartagena de Indias and it was purchased from the United States in 2008, along with four other aircraft, and is often used to support Tucanos aircrafts in counterinsurgency operations.

The webinfornil.com portal noted that the FAC5764 is equipped with state-of-the-art technology and with an APG-66 radar, originally designed for use in F-16 fighter jets. Its purpose is the interdiction and monitoring of suspicious aircraft.

The outlet also notes that this plane has participated in several multinational exercises, including Colbra and Percol.