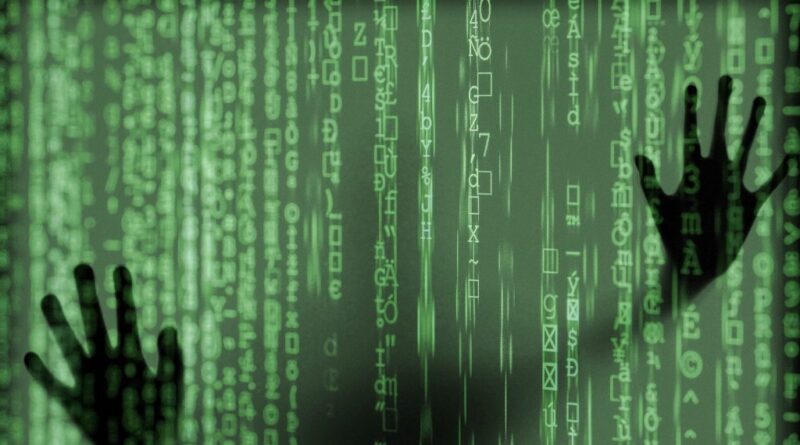 Every technological advance gives rise to a utopian dream and a dystopian nightmare. The invention of the internet around 1990 generated enthusiastic expectations. Its very beginning was utopian. Its creator, Tim Berners-Lee, refused to register the patents that would have made him a billionaire in order to make the internet available to humanity.

A device initially taken over by the military industrial complex as an underground network safe from nuclear attack, it soon became an instrument supposedly available to all for the free exchange of messages and knowledge. If the most precious commodity is information in the age in which we live, a channel that promised to multiply information and communicate practically free of charge seemed like an open door to Utopia.

This optimistic perspective soon fell apart. Just as all the resources available to humanity have been grabbed up—land, water, minerals, biological organisms—the internet soon fell under the power and influence of the operators. The network, which was designed to transmit messages, soon found its own masters, and through them, those who wanted to own the messages and their senders.

Today, nearly 70% of the world’s GDP is produced by the tertiary sector (finance, research, education, advertising, IT, entertainment) which, in turn, is driven by the net. Since the last century, the United States has developed the Echelon espionage system to decode bids in tenders and ensure that American companies win them. Information, like surplus value, is expropriated from the society that creates it, and tends to be concentrated in fewer and fewer hands. To dominate the net is to dominate the economy.

All control over the economy becomes social control. The internet and the networks accumulate memberships that far exceed the population of many sovereign states. At the beginning of 2021, 4.66 billion people had access to the Internet: 59.5% of the world’s population. Those who use cell phones number 5.2 billion—66.6% of the planet’s inhabitants.

4.2 billion people are trapped in social media networks: 53.6% of all people on earth. In these networks, Facebook alone gathers 2.74 billion people; YouTube, 2.29 billion; WhatsApp, two billion. Internet users spend an average of six hours and 54 minutes a day on the internet: the length of a working day. These huge clienteles are immeasurable markets that incessantly provide their operators with invaluable data and receive advertising and publicity in return.

RELATED CONTENT: Trigger Words and the Duty of Revolutionaries in the Internet era

Let us imagine that a postal service, by the mere fact of transmitting correspondence, could claim the right to open all the letters it delivers and to use their contents freely. Such a service would soon be denounced as an unacceptable instrument of tyranny and lose all its users. Such is the case with the internet.

From the earliest times, first governments and then network operators abusively claimed both privileges. Today, users can be almost certain that all their messages are open, scrutinized and used for their own purposes by the organizations that transmit them and their accomplices.

Content analysis programs detect the presence of certain key words or constructions and alert surveillance mechanisms that apply tight controls over the senders of the messages. In another step of the siege, the channels install cookies on users’ computers, spyware programs that provide detailed information of the content of the computers and the messages they send.

These mechanisms bring all internet users closer to a world of total control, compared to the two-way television sets imagined by George Orwell, which not only transmitted images to the viewer, but also monitored his or her every action.

Espionage uses all kinds of devices capable of recording information. Edward Snowden decided to defect from the US intelligence services when he noticed that they were spying on phones, and that the number of spying devices dedicated to surveillance of US citizens was greater than those used against the rest of the world.

It is now almost impossible to open a website without it informing us that it uses cookies to serve us better—indeed, to spy on us better—and that the mere fact of using the site is tantamount to consenting to host a spy on the device on which our communications with the world depends. Some, innocently enough, ask us for our e-mail password, which is like asking us for our house, car and safe keys at the same time. But our so-called servers already have them: in reality we are their servants.

Websites and social networks explicitly or implicitly claim the right to use for their own purposes all the content that users circulate on them. It is as if a postal service claimed ownership of all messages and objects entrusted to it. It is easy to understand what this means in a world where the fundamental economic good is information. To appropriate information is to appropriate the world.

Let us imagine once again that in traditional postal services, the operators had the right to open and read each message and stop its delivery if it was not compatible with their own criteria.

Such abusive behavior was only allowed in exceptional cases of investigations authorized by a judicial body or restrictive measures of strategic information during a war. Network operators have the right to do so on their own initiative, on any content and at any time.

Thus, we have seen messages from individuals, organizations, and even the president of the United States and the president of Venezuela, Nicolás Maduro, deleted from cyberspace. I do not agree with what you say, but I would give my life to defend your right to say it, said Voltaire. I do not agree with what you say, therefore you do not exist, says the internet operator passing down the sentence. In a computerized world, exclusion from the internet is the new ostracism; but banishment is not only from a single country, but from the world.

Computer networks and their operators, like capitalists, thus transfer the control of an economic fact to that of a political fact. They legislate, decide on the application of their laws and execute the decisions themselves in an unusual case of accumulation of powers. All would be lost, said Montesquieu, if a single person or a single assembly were to combine the power to make laws, interpret them and execute them.

The networks elect governments through the analysis of Big Data, which makes it possible to send fake news messages personalized according to the desires, fears, and phobias of each sector of the audience. The networks aim to overthrow governments through hate campaigns that do not allow any rebuttal. Networks turn into martyrs all those who use them for their true purpose, which is to spread information.

The perpetual exile Edward Snowden and the perpetual prisoner Julian Assange are evidence and warnings of this. In the nascent world of networks, this unusual concentration of power is a fait accompli, which future revolutions will have to correct.

All social control becomes political control. We would be reluctant to be part of a country, of a club, of a party, in which we would not be able to elect the leaders and guide their policies. But we are subjects of social and antisocial networks run by anonymous people. We have no right to complain about their decisions and operations. They claim to exercise total rights over our data and our creations. Because of the number of their vassals, they hold more under their control than many nations around the world; because of their global reach, they elude the territoriality that would place them in the jurisdiction of police or the courts.

An absolutism infinitely more irresponsible and perpetual than that of the old monarchies of divine right has been established over the networks and the internet. The time has come for a new Rousseau to proclaim the subversive doctrine that the Sovereignty of the Networks always resides in the user; that the user cannot cede it, transfer it or voluntarily become the slave of its operators because madness does not confer rights. The time has come for a new prophet to confirm that information is being concentrated in fewer and fewer hands; that the time has come for the uninformed to expropriate the disinformers and declare social property over communications. Uninformed of the world, unite: you have nothing to lose but your ability to communicate. 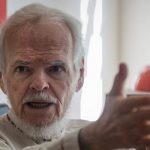