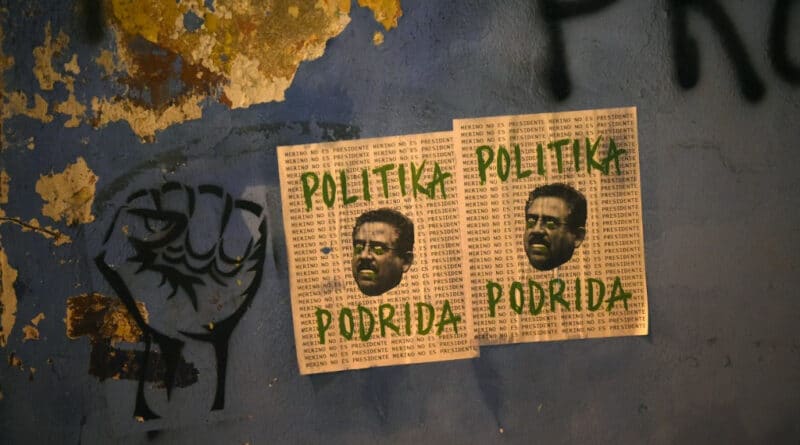 The repression against protesters, committed by Peruvian police this Thursday, November 13, was described as “brutal.” Protests that expressed their rejection of the new President Manuel Merino, and the entire corrupt political establishment, left several people injured, arrested, and disappeared.

Massive protests yesterday in Peru…some of them asking for a new constitutions, some of them screaming "que se vayan todos"…maybe that's why you do not see much on mainstream media…just saying… https://t.co/So0u4eWNUA

Citizens used social networks to denounce the “brutal” repression and published videos showing how tear gas was fired from a helicopter. The policemen also shot rubber bullets at people. 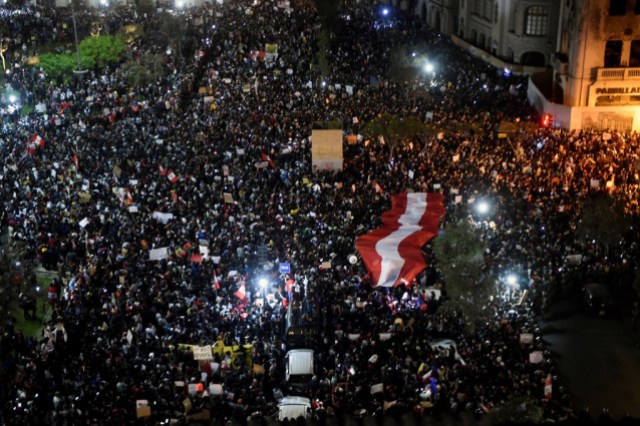 “They used cell phone jammers to isolate people. Direct shots to the body. Use of weapons by policemen wearing civilian clothes, detained and missing persons. And Peruvian TV did not show anything,” denounced the Twitter user identified as @MermeladaMagica.

The Press and Society Institute (@IPYS), for its part, reported that journalists Alonso Balbuena and Ernesto Benavides were injured while covering the demonstrations. 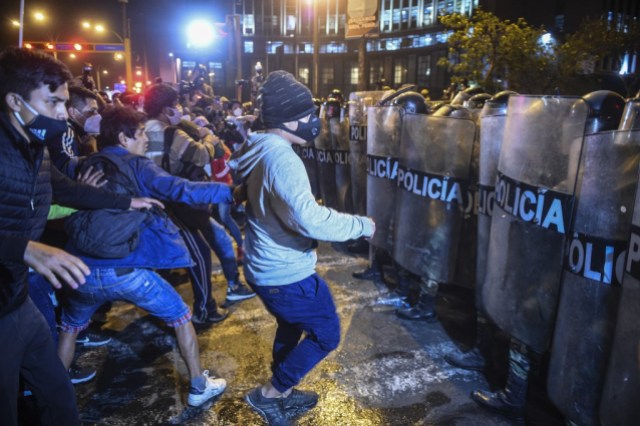 There is also a video circulating where a police officer infiltrated as a civilian can be seen using his firearm .

In yet another video, a police officer yells at another armed officer shooting his weapon directly at the protesters: “Kill him!”, “Kill him!”

Thousands of protesters gathered in Plaza San Martín, the historic center of the capital, Lima, on Thursday evening, with Peruvian flags and posters that read “Merino is not my president,” and attacked the security forces in a violent manner . 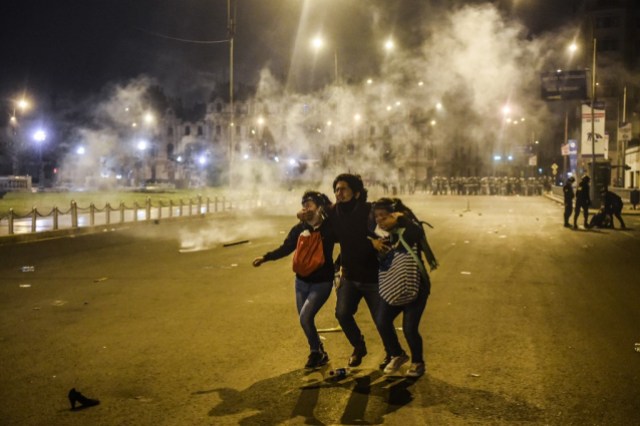 The Ombudsman’s Office published a tweet to demand that the police “immediately cease the use of tear gas and pellets against citizens who exercise their right to demonstrate. Excesses can constitute serious crimes.”