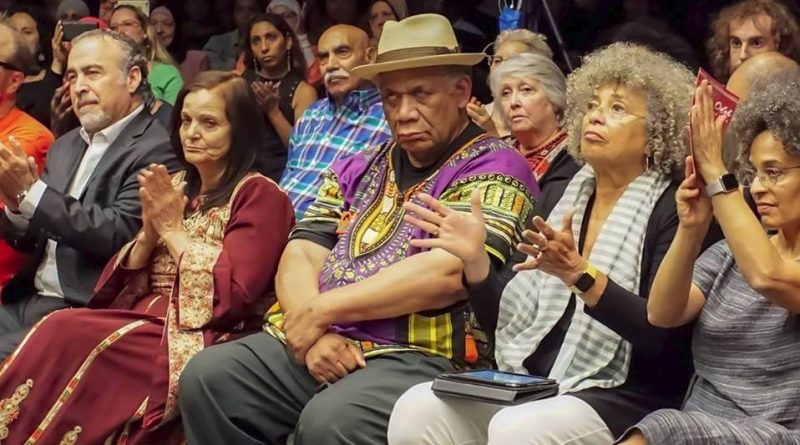 Yesterday, (Aug. 19, 2019), there was an article in the Chicago Tribune written by Hannah Leon entitled “Critics Call CTU group’s trip a ‘propaganda tour’.” Before I put in my two cents on this hit piece of an article let me just say that the same principles that drive us in our support of the struggles of Black and Brown people against racist and political repression in Chicago are present when we stand in solidarity with the people of Venezuela and their inalienable democratic to say who runs their country and how it is run.

A careful reading makes it patently clear to me that the Tribune did not do the work behind this story. The source is Breitbart, which is the mouthpiece of Trump and the FBI.
I believe they organized the response; it was not spontaneous. There is no way 50 people, members of the CTU, called up a professor at Northeastern who has nothing to do with the union to complain about a group teachers going to Venezuela (using their own resources and in no way financially supported by CTU).

RELATED CONTENT: Say No to the McCarthyite Attack on Chicago Teachers

The spokesman for the people against the delegation are leaders of the opposition to the union leadership who lost the last Local election badly. They do not represent a democratic majority in CTU.

The other spokesperson is a teacher whose part of the Venezuelan reactionary force being arrayed against Maduro and the popular forces in Venezuela.

This is a three pronged attack:

I think this is part of a nationally orchestrated campaign by the
Trump Administration and the FBI to disrupt Labor and to overthrow the elected government of Venezuela. The Tribune is just the hustler they chose to promulgate it, a very willing one at that.

Our response must be to let Trump and the FBI know that we will not be intimidated and that teachers and all other U.S. citizens and residents have an inalienable democratic right to protest the rogue attempts by Trump and his political lackeys to overthrow the legitimately elected government of Venezuela. Just as we fight to end police tyranny in Chicago we support the democratic aspirations of the people of Venezuela. All Power To The People!