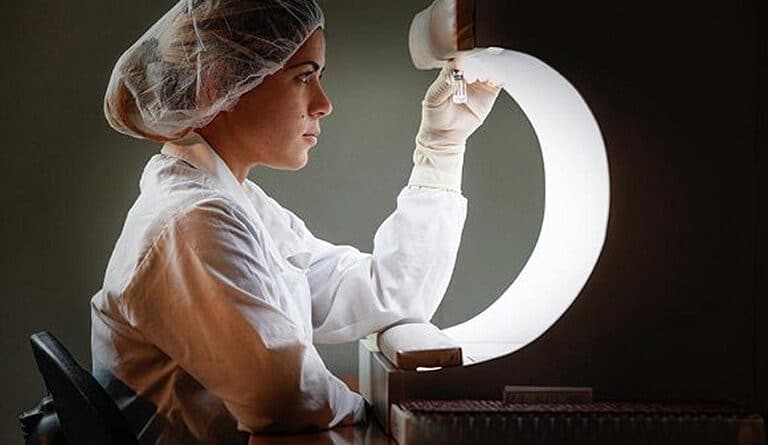 Cuba is getting closer every day to achieve what no other country in Latin America and very few nations worldwide have achieved: immunizing its entire population against COVID-19 with its own vaccines by 2021. While the region focuses its efforts on importing vaccines developed by major multinational corporations, amid slow and unequal vaccination processes, Cuba has allocated its own modest resources to produce an antidote that has already yielded five different vaccines.

Today marks one year since health authorities detected the first three cases of COVID-19 on the island. The first anniversary of this pandemic occurs amid an exponential jump of contagions in the country. In the last 24 hours, the Health Ministry registered 1,044 positive new coronavirus cases. However, another issue headlining the news in Cuba and the world these days is the Soberana 02 vaccine as it enters its final phase of clinical trials.

The Cuban vaccine, the first of its kind in Latin America, is already being administered to 44,000 residents in Havana, ranging in ages from 19 to 80 years old. These volunteers were randomly selected in those areas of the Cuban capital with the highest incidence of the disease, such as El Cerro, La Lisa, and Old Havana. Cuban primary health care workers are going door-to-door, not only in their search for cases but also seeking volunteers to take part in clinical trials of a vaccine Cuba has labeled Soberana 02.

“Two young boys dressed in white coats came to my house. They explained that my children and I could be part of the trials, that we should be vaccinated three times, and that if we agreed we could go to a local medical center to sign a piece of paper to give our consent. Of course, we said yes without thinking twice,” said Maribel Rodriguez, 57, who lives in La Lisa.

Cubans trust the public health system “with their eyes closed,” says Maribel. Few countries in the world have handled the pandemic so effectively. Long before the three Italian tourists diagnosed with the disease in Sancti Spiritus Province on March 10, 2020, the Health Ministry had already drawn up an action plan to contain the advance of the SARS-CoV-2 on the island.

“The pandemic has tested our country. But Cuba has allocated all its resources to respond to the health crisis, even amid an unyielding blockade. More developed nations have not done so,” President Miguel Diaz-Canel assured.

Why is Cuba developing its own vaccine?

Cuba has a solid tradition of vaccine production. Since the U.S. started its commercial blockade in 1962, the island began to invest in its own biotechnology industry as the only way to eliminate then-endemic diseases such as polio, tetanus, and diphtheria. Currently, these illnesses have been eradicated and 80 percent of the vaccines administered to Cuban children are locally produced.

Other circumstances forced Cuba to produce its own SARS-CoV-2 vaccines, according to BioCubaFarma’s Science and Innovation Director Rolando Perez. “When all the countries worldwide started signing potential agreements at very high prices to acquire drugs that did not yet exist, we realized that the vaccines were not going to be enough,” he explained to Pagina12 a daily newspaper in Argentina.

A study by the U.K. Johns Hopkins Bloomberg School of Public Health showed that at least one-fifth of the world’s population may not have access to a COVID-19 vaccine until 2022. The research also revealed that wealthy countries already reserved half of the doses to be manufactured in 2021.

“The U.S. economic blockade, tightened over the past year under President Donald Trump’s administration, makes it difficult for us to access certain drugs and products essentials to contain the pandemic. However, we are making progress. We began developing COVID-19 vaccines to show the world how much we can do with so little thanks to our scientists,” Perez added.

After months of research, Cuban researchers have succeeded in developing the Soberana 01, Soberana 02, Soberana Plus, Mambisa, and Abdala vaccines. (Abdala will be the next vaccine to enter Phase III of clinical trials at the end of March.)

“We will not stop here. If we continue our research, we will be able to fight more resistant strains. Nevertheless, we will now focus on what is most urgent: to advance in the vaccines’ production so that we can start the massive immunization as soon as possible,” the scientist concluded.