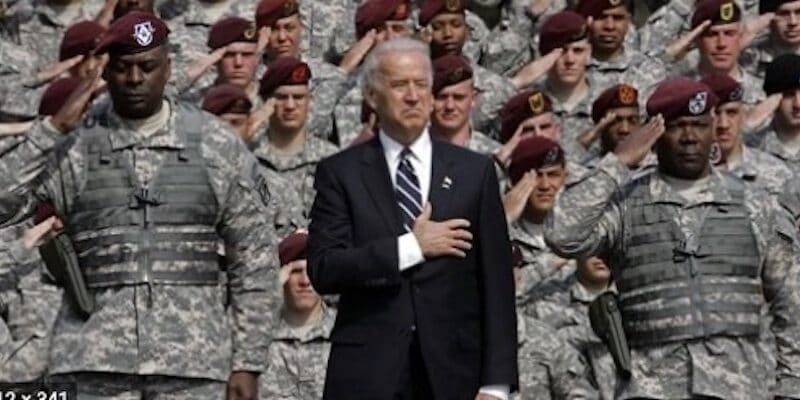 “The U.S. continues its tradition of keeping puppets in power like Jovenel Moise, in Haiti.”

Joe Biden has been president for only six weeks but his foreign policy direction is already very clear. There is rarely a lesser evil foreign policy in transitions from one administration to the next. No one is allowed to win Democratic or Republican Party nominations without paying fealty to the ruling classes. The oil companies, hedge funds, and military industrial complex corporations all have agendas to fulfill. They want to broaden the range of U.S. influence, extract resources, and make money for themselves. They have every expectation that their errand boys and girls in Congress and the White House will act accordingly.

Biden is no different in this regard. His secretary of state, Antony Blinken, is not only an Obama holdover, but he used his connections to make money  for himself and further U.S interests during the Trump interregnum. He co-founded West ExecAdvisors, a “strategic consultancy” which provided access to Pentagon contracts. As a consultancy and not a lobbying firm, WestExec was not required to disclose information about its clients. Defense Secretary Lloyd Austin joined Blinken as a partner at Pine Island Capital Partners , a private equity firm with connections in defense and aerospace. These are not just interesting factoids. This information is essential if one is to understand why there is such consistency in U.S. foreign policy.

“The oil companies, hedge funds, and military industrial complex corporations all want to broaden the range of U.S. influence, extract resources, and make money for themselves.”

Blinken publicly stated that would-be usurper Juan Guaido is still recognized as Interim President of Venezuela. The Obama policy handed over to Trump stating that Venezuela continues to pose “an unusual and extraordinary threat to the national security and foreign policy of the United States” was recently restated by Biden . This declaration continues the sanctions which deprive that nation of the ability to conduct financial transactions. Its people are deprived of food and medicine, its infrastructure deteriorates and everything from electrical power to safe drinking water is threatened in the process.

Even a signature Obama policy is now disregarded. Trump withdrew the U.S. from the Joint Comprehensive Plan of Action (JCPOA), popularly known as the Iran nuclear deal. Biden and his team now make new demands upon Iran, a country also punished by sanctions when Trump reversed course. They demand that Iran, which abided by the agreement and was free to do as it liked after the U.S. withdrawal, stop enriching uranium. Biden also wants to include discussion of all Iran’s military capabilities which were not part of the first agreement.

“Biden and his team now make new demands upon Iran.”

Trump moved the United States embassy to Jerusalem, a capitulation to Israel’s claim of sovereignty over Palestinian territory. But Biden hasn’t changed course and the Senate helped make his case by voting 97 – 3 to keep the embassy where it should never have been located.

But the Biden team are shrewd if nothing else. After increasing U.S. troop deployments in Syria, he did what his predecessors did and bombed that country. Just in case that act was considered too Trumpian, they then claimed that he stopped a second bombing  because a woman and child were observed in the area. The claim was dubious and the propaganda was obvious to anyone who pays attention, but we can expect them to try and fool the people at opportune moments. What better way to give the impression that there is a difference when in fact there is none.

Haiti is another case in point. In 1994 Biden famously said  that, “If Haiti, a godawful thing to say, if Haiti just quietly sank into the Caribbean or rose up 300 feet, it wouldn’t matter a lot to our interests.” The peak Biden gaffe revealed his own racism, even as he tried to deny it. But Haiti is of interest to the U.S., which continues its tradition of keeping puppets in power like Jovenel Moise, who as per Haiti’s constitution should have left office on February 7. The people have taken to the streets in the thousands and braved bullets and brutality to exercise their rights of national sovereignty.

“The Biden gaffe revealed his own racism, even as he tried to deny it.”

The continued oppression of that country by the U.S. is shown not just in the acceptance of tyranny there, but in the treatment of its people attempting to come here. In February 2021, 981 Haitian asylum seekers  were removed, a rate that keeps pace with Trump immigration policy and proves again that expectations of change are at best naive.

Of course U.S. troops are still in Iraq, as the 18th anniversary of the George W. Bush invasion approaches. Perhaps we should refer to Bush/Obama/Trump/Biden foreign policy. The elite consensus on international relations goes back much further than the two most recent presidents. Just ask Haitians, Syrians, Iranians and Iraqis. They bear the brunt of American corruption.