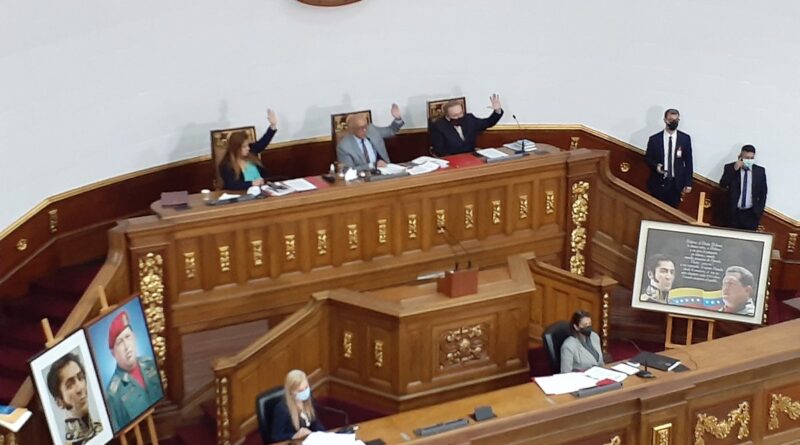 The Venezuelan parliament continues to be a fundamental pillar of the new political era, which is why it is in the process of adopting a giant step in the re-institutionalization of the democratic state. This Thursday, February 25, the National Assembly (AN) repealed the Law for the Regularization of the Constitutional and Legal Terms of the State and Municipal Public Powers, which establishes the terms of constitutional validity for regional authorities. This decision opens the door to the proposed mega-election to elect 23 governors and 335 mayors by the end of this year.

In addition, the deputies explained the importance of democratically renewing the spaces of intermediate government. This decision was taken unanimously, which speaks very well of the interest of all sectors in the next elections.

“This year 2021, we are going to elect mayors and governors. Those who have eyes must see and those who have ears must hear. It is important that we move forward. There are no obstacles,” explained Jorge Rodríguez, president of the National Assembly.

He also thanked the confidence of all the parliamentarians who voted for the repeal in the first hearing.

“The new assembly has been removing obstacles so that there can be more and more participation of the people through elections, and the AN is wisely getting everything ready for the elections.”

Moreover, Rodríguez expressed that the repeal was adopted in time to be able to comply with the possible call for a mega-election.

“Venezuelan law establishes that once the elections are called, no regulations can be modified or repealed until six months before an election.”

At the same time, he assured that the “Assembly is going to appoint a new CNE so that it can call elections.”

Repealing this statute before the appointment of the 15 new rectors of the National Electoral Council (CNE) paves the way for a mega-election, as proposed by various sectors.

Recently, President Maduro had explained that the opposition, in dialogues with him, had proposed that the elections for mayors and governors be held jointly.

“I agree to go to vote to democratically renew governors and mayors,” expressed President Nicolás Maduro.

During the discussion on the repeal, there was a very dynamic debate over holding the mega-election before the year ends.

“A large number of organizations, institutions and citizens of good will of the country have been joining, who believe in the consolidation of democracy, peace, life, tranquility, and that Venezuela must advance towards independence and total sovereignty, far from the interference of foreign countries in our internal affairs,” stressed deputy Pedro Carreño.

Parliamentarian Ricardo Sánchez also supported the joint convocation of a mega-election because “the will of the people must be listened to.”

Now the new governing board of the Electoral Power will be able to listen to the proposals of the political parties and adjust the logistical and technical aspects to make the mega-election viable.