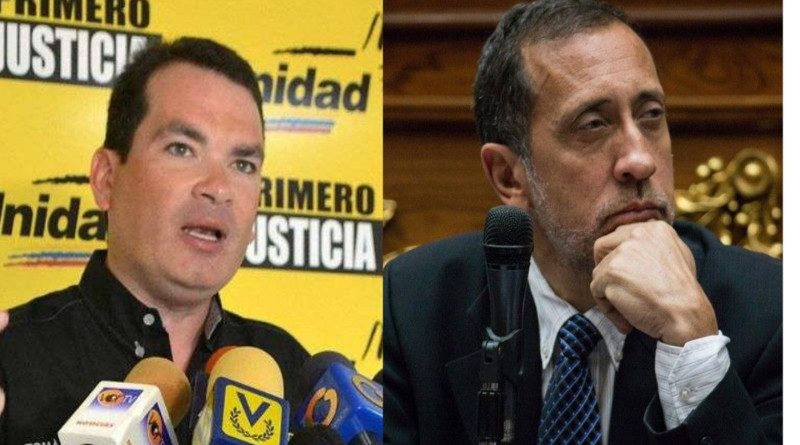 Deputies Tomás Guanipa and José Guerra fled the country after the National Constituent Assembly ( ANC ) lifted their parliamentary immunity at the request of the TSJ [The Supreme Court].

The destination chosen by Guanipa, who allegedly had been involved in the attempted assassination of President Nicolás Maduro a year ago, was Bogotá, the capital of Colombia, according to his brother, also the deputy of the AN for the Zulia state, Juan Pablo Guanipa.

“Our actions must be dedicated to continue exerting political, social, military, international pressure, until we get Nicolás Maduro to leave. There is no way we can have democracy and freedom as long as that man continues to usurp power,” said the brother of the deputy on the run.

In the case of Tomás Guanipa, the TSJ decided that after receiving the request of the attorney general, Tarek William Saab, the parliamentarian must be prosecuted for the alleged flagrant commission of the crimes of “treason, conspiracy, instigation to insurrection, civil rebellion, concert to commit crimes, usurpation of functions, public instigation to disobey laws and continued hatred”.

And where is José Guerra?
José Guerra told the journalist Sergio Novelli that he was out of the country because he was not going to “please” the “regime” by allowing it to detain him.

RELATED CONTENT: US-backed Opposition Leader Admits Venezuela “is Not a Dictatorship” and Only Foreign Intervention can Topple Maduro

“We cannot lose sight of where we want to go, we were prepared for what was to come. I’m out of the country, I’m not going to give this regime the pleasure of stopping me,” Guerra said from abroad, without revealing what country he was in.

On his Twitter account, he also denied being a traitor to the country, and accused the country’s top authorities of these charges, blaming them once again for the financial crisis.