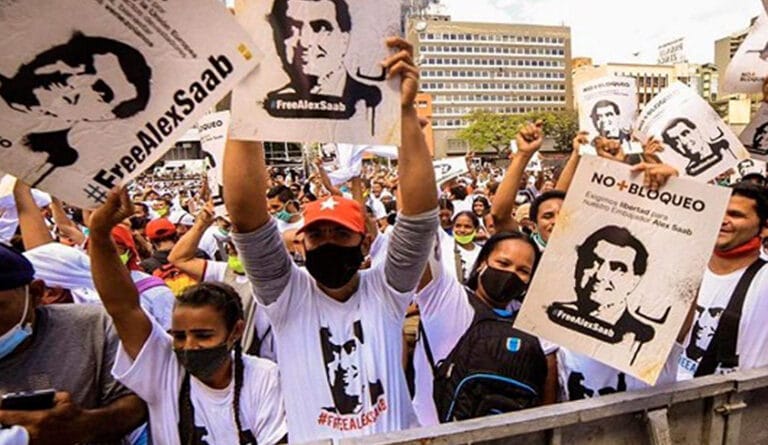 Venezuelan diplomat Alex Saab, who was kidnapped by the United States from Cape Verde on October 16, will plead not guilty to the charges of “money laundering” of which he is accused of by the US. This was informed by his defense attorney Henry Bell on Thursday, October 28.

With this decision by Saab, made public through a press release from the diplomat’s legal defense, the claims of certain “sources” and mainstream media that Saab was “collaborating” and negotiating with the US government have been proved false.

Saab was illegally detained in Cape Verde on June 12, 2020, when the plane in which he was traveling landed in the Cape Verderan island of Sal, to refuel. Until October 16 this year, Saab had been kept arbitrarily arrested without evidence of any wrongdoing, until the US abducted him and transferred him to Miami, Florida, where he is being held prisoner.

On October 18, 2021, a Miami court imputed Saab with eight charges, seven of them for alleged money laundering and one for alleged conspiracy to commit the crime of money laundering. All of the charges have been dismantled by the diplomat’s defense with solid arguments.

Saab’s bail plea was rejected, and the next hearing is scheduled for November 1, when the diplomat will appear before Judge John O’Sullivan.