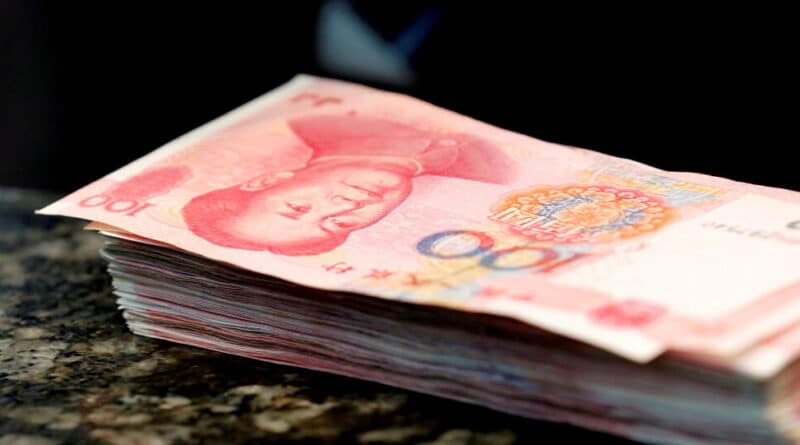 The price of the Chinese yuan is rising against the dollar due to the strong growth of the Chinese economy and the weakness of the US currency. However, the People’s Bank of China could restrict this rise, some experts believe.

Beijing may step in to stop a surge that could jeopardize the economy and its political priority of promoting local innovation.

The Chinese currency has strengthened since June along with the country’s rapid economic recovery from the damage caused by the COVID-19 pandemic. On December 14 the yuan rose to 6.5361 US dollars, according to the China Foreign Exchange Trade System. Meanwhile, the dollar has weakened due to the pandemic and the resulting contraction of the US economy.

The yuan could strengthen further, as much as 10% to 6 yuan to the dollar or even more, believes Liu Ligang, the chief China economist at Citigroup.

“The problem facing China next year will be the huge and relentless inflow of capital. The rising value of the yuan will be a key threat to the Chinese macroeconomy,” Liu said in an interview with Bloomberg.

As the U.S. Federal Reserve, the European Central Bank, and other large central banks continue to pump large amounts of money into their financial systems to support growth and protect jobs, China is seeing a steady flow of funds into its financial systems, bonds , stocks and investment projects due to their better returns. The process is expected to continue over the next year.

While the boost in the national currency could give Chinese authorities the opportunity to advance their strategic goal of promoting the international profile of the yuan, the government does not want the currency to become too strong as it would affect other priorities, explains Ding Shuang, principal China economist at Standard Chartered.

The People’s Bank of China, the central bank of the country, is likely to take action if the currency grows too much or too fast in future, Ding clarifies, adding that a rise in the value of the yuan above 5% within one year could be considered by Beijing as “excessive.”

To slow the rise in the value of the currency, the People’s Bank of China could adopt the following measures:

The People’s Bank sets a daily benchmark rate for the yuan against the dollar that constitutes the center of its allowable trading range for the day and reflects its intention for the currency. The yuan is allowed to rise or fall by 2%.

After an unprecedented contraction of 6.8% in the first three months of this year, the Chinese economy has recovered strongly, registering growth rates of 3.2% in the second quarter and 4.9%, in the third.

Data for October and November suggest that the growth will accelerate further in the fourth quarter.