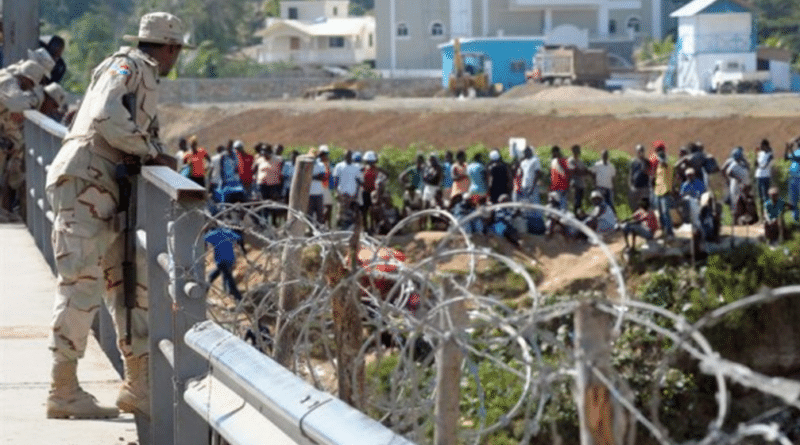 The President of the Dominican Republic, Luis Abinader, announced that in order to put an end to “illegal immigration, drug trafficking and the transit of stolen vehicles,” he plans to construct a dividing wall between his country and Haiti. This claim carries all the negative connotations about racism, xenophobia or apartheid that walls have for current-day humanity.

The President made the statement during an address before Congress. Abinader said the new measures will reinforce security in the area, and called for the construction of a double-perimeter fence in the most active border areas and a simple one in the rest.

“Within a period of two years, we want to put an end to the serious problems of illegal immigration, drug trafficking and the transit of stolen vehicles that we’ve been subjected to for years, and achieve the protection of our borders that we’ve been seeking since our independence.”

This announcement revived the debate on whether to proceed with the drastic measure. The construction of a wall on the Dominican-Haitian border has been an issue for decades, generating opinions for and against, and recently even prompting reaction from Jovenel Moïse, the embattled president of Haiti. Moïse currently faces determined legal and public pressure for ruling the country beyond his Constitutional mandate, under the protection of the Organization of American States, and United States and Canada—among other countries.

In December 2019, when the possibility of the construction of the wall on the US-Mexico border was proposed, Moïse raised his opinion in a controversial way. “I am the president of Haiti,” he said. “What interests me is to protect the citizens in Haiti. I’m interested in working for the development of my country. I’m interested that the 27,750 kilometers of land, and almost 90,000 kilometers of sea are respected, because that is what the Constitution says.”