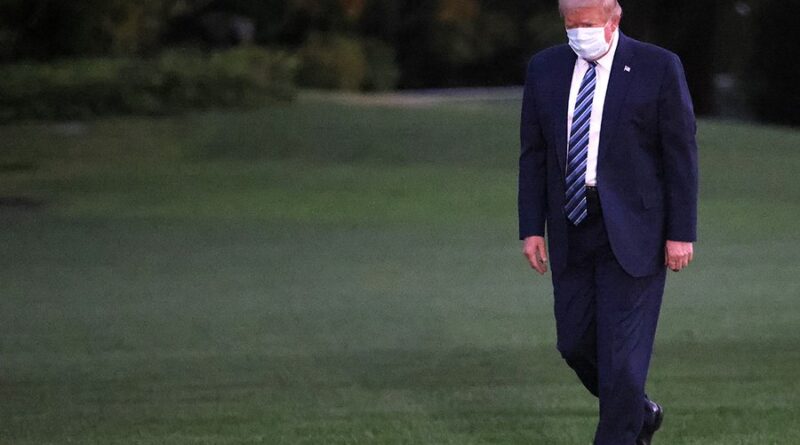 This week, following his diagnosis as COVID-infected, President Trump showed the nation what he thinks of “socialized medicine.” He apparently trusts it with his life. Needing hospitalization, President Trump chose to go to a government-run hospital rather than one of a large number of private institutions in the Washington, DC area. After all, it’s not like he doesn’t have the money to go wherever he wants.

It’s difficult to reconcile the image of Trump walking in to get “government health care” with his attempts during the first presidential debate to denigrate “socialized medicine.” To be clear, Trump was using that term as a slur against Joe Biden. Biden’s proposal to expand the Affordable Care Act (ACA) is not “socialized medicine.” The Democratic nominee has been more than clear both in the general election and the primary season that his program will maintain the largely private health care system, including the private health insurance companies, while increasing ACA subsidies and creating a public health insurance option.

In truth, there’s no widespread call for making all doctors and nurses employees of the federal government or for hospitals to be nationalized. Such a reform would give us something similar to Britain’s National Health Service. But progressives, and increasingly not so progressive voters, have largely coalesced around Medicare for All instead. Medicare for All is a form of universal health insurance where actual delivery of health care remains as it is now. It differs from Biden’s plan in that Medicare for All eliminates private insurance — but not the private provision of health care — along with all copayments, deductibles, and premiums.

That leaves Donald Trump as America’s leading poster boy for socialized medicine. By all accounts, he received top-tier care from an outstanding team. He even received treatments largely unavailable to most Americans who find themselves infected with COVID-19. So much for government involvement being an impediment to innovation in health care.

Here’s the other thing Donald Trump didn’t have to deal with that most Americans do. As has been widely reported, Americans hospitalized with COVID-19 are facing enormous medical bills in the tens and tens of thousands of dollars. Trump isn’t going to receive a gigantic bill. Nor is he going to have to pay a co-payment or deductible. Nor did his doctors have to argue with a private health insurance company over whether they would cover the innovative treatments that the doctors apparently believed were medically necessary, but that are not widely prescribed currently. If only the American people had access to this kind of health care coverage when they and their families face a terrible illness or injury.

Frankly, this entire episode exposes the deep hypocrisy health reform opponents who want to keep the American people from even getting guaranteed government-administered health insurance. Trump’s hospitalization at Walter Reed is not the only example. Republican Senators and House members routinely rely on the Attending Physicians Office on Capitol Hill. They are more than willing to avail themselves of high quality “socialized medicine” while they denigrate efforts at providing universal health insurance to ordinary Americans.

This socialism for the privileged and powerful, and rugged individualism for everyone else is really the heart of the Republicans’ so-called love of freedom.

In their America, you are free to make the choice between buying your child’s medicines and your own; you are free to be paid starvation wages; and you are free to retire in poverty. And while you are making those hard choices, they will be feeding at the public trough — whether that be your garden variety billions in tax breaks and subsidies, or, as Trump demonstrated, availing themselves of the type of tax payer–funded health care that they like to tell the rest of us is just so terrible.