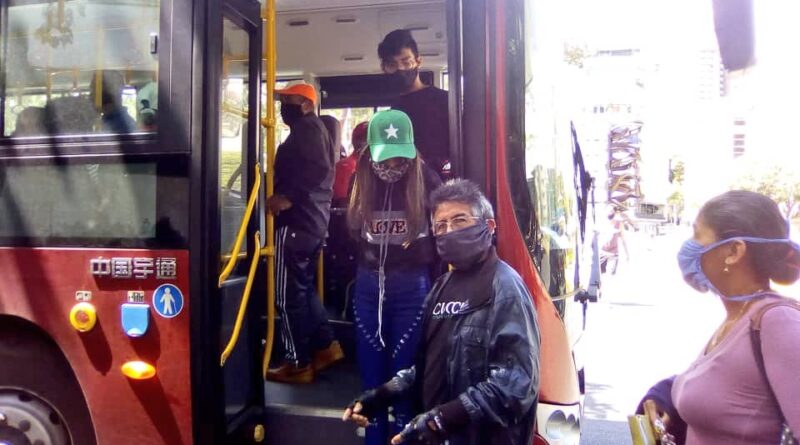 This Sunday, Ecuadorians residing in Venezuela turned up in large numbers at the authorized electoral centers to elect the new president and members of the National Assembly of their country.

According to the portal Telesur, the National Electoral Council (CNE) of Ecuador authorized at least 10,000 citizens to vote all over the Venezuelan territory.

Residents of the Andean nation in Caracas went to vote at the Don Bosco School, east of the capital, from the early hours of morning this Sunday. This is the largest voting center in the country; the second largest is in the city of Valencia in Carabobo state.

To facilitate the movement of the Ecuadorian voters residing in Caracas, buses of the Venezuelan state public bus service SITSSA were enabled from different parts of the city to the Ecuadorian Embassy, as reported by the national entity in its Twitter account.

SITSSA further posted on its Twitter account: “Following biosafety protocols against COVID19, @sitssaoficial transfers our Ecuadorian brothers, so that they can exercise their right to vote in the presidential elections of their country.”

This Sunday the first round of presidential elections to replace President Lenín Moreno is taking place in Ecuador. If no candidate wins the presidency according to the Ecuadorian electoral rules this Sunday, the second round will be held in April according to the CNE schedule, reported the Venezuelan News Agency (AVN). The agency highlighted in its report that in order to be elected the new head of state of the South American nation, the candidate who leads the vote count must receive more than 50% of the total votes polled, or 40% or more with a difference of at least 10 percentage points from the closest competitor.

Venezuelan journalist Orlenys Ortiz posted on her Twitter account a video footage showing the massive turnout in the Don Bosco School in Caracas. According to Ecuadorian media, Venezuela is among the countries with the largest number of Ecuadorians registered to vote, and in recent history they have voted in favor of former president Rafael Correa’s Citizens’ Revolution.

In addition to electing the president, the vice president will be elected in Sunday’s elections, along with 137 National Assembly members and five members of the Andean Parliament. The consultation over water in the population of Cuenca will be conducted also.