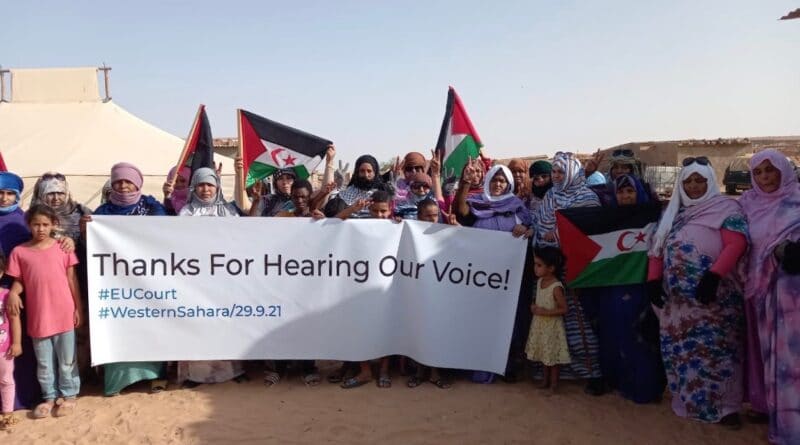 The European Court of Justice had issued similar verdicts in 2016 and 2018, stating that the Western Sahara region cannot be considered as part of Morocco in such trade agreements

The European Union’s (EU) highest court on Wednesday, September 29, cancelled two trade deals with Morocco, involving farm and fish products originating from the Moroccan-occupied territory of Western Sahara. The Polisario Front, which is fighting for the independence and self-determination of Western Sahara from Morocco, had brought the case to the European Court of Justice (ECJ). It welcomed the court’s verdict, calling it an “important legal victory for the Sahrawi people.”

The ruling was with regard to a free trade and agricultural products agreement signed between Morocco and the EU in 2019, which also gave the former preferential tariffs over those products. The EU has so far been treating Western Sahara as a part of Morocco, including the waters off the coast of the occupied territory that are used extensively for fishing and extracting other important natural resources such as phosphate.

RELATED CONTENT: Saharawis Call for International Pressure Against Morocco for Its Handling of Migration Crisis

However, the court stopped short of implementing its decision right away,suspending it “over a certain period since annulling them with immediate effect could have serious consequences on the European Union’s external action and call into doubt legal certainty in respect of the international commitments.” There is a two-month window for an appeal to be filed against the ruling before it can take effect. If an appeal is not filed within this period, the final ruling will be implemented.

Western Sahara has been under Morocco’s occupation since 1975 after the Spanish colonizers vacated the region. With the present ruling, Morocco stands to lose an estimated USD 60 million (EUR 52 million) annually over the next four years just from the fishing part of the agreement. The fishing agreement was to allow 128 vessels from 11 EU states to fish in the waters off the coast of Western Africa including the 1,100 kilometers (680 mile) coastline of the occupied Western Sahara.

The court also recognized the status of the Polisario Front to bring complaints against the EU as the internationally-recognized representative of the Sahrawi people. It classified Western Sahara as a separate territory that cannot be treated as part of Morocco in any deal with the EU, and stated that doing so was in violation of international law. EU courts have in the past  given similar rulings regarding the legality of trade deals between the EU and Morocco, in 2016 and 2018. According to the Polisario Front, Wednesday’s ruling was especially “strongly worded.”

War on Want, an international anti-poverty and social justice NGO, in a statement, welcomed the EU’s verdict, saying that “EU states and the UK have been complicit by the inclusion of Western Sahara in trade deals with Morocco, legitimizing and providing material support for Moroccan occupation – in contravention of international law.”

Chi-Chi Shi, a senior campaigner with the NGO, also noted that “Morocco has maintained an illegal, brutally repressive occupation in Western Sahara for 46 years, denying the rights of the indigenous Saharawi people and plundering their natural resources. Now, EU states have a legal duty to stop normalizing, entrenching, and profiting from the occupation. The UK government should take note: UK companies continue to profit from Morocco’s occupation.”

Since breaking away from the EU, the UK has struck a separate trade deal with Morocco, also based on the same “illegitimate” grounds, noted Sisi Breika, a representative of the Polisario Front, who also highlighted similar rulings by the UK’s High Court.