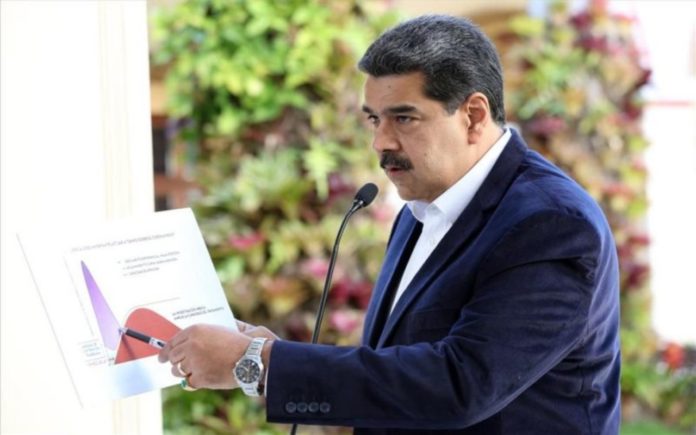 Caracas, July 9, 2020.- Pollsters Hinterlaces and International Consulting Services (ICS) revealed important data on the greater and lesser approval regarding the management of Latin American presidents in the face of the pandemic. The President of Venezuela, Nicolás Maduro, was highly ranked.

The Hinterlaces.net team presented some figures regarding the governments with the best and worst approval, based on publications from the referred countries, which cite pollsters and media studies. Likewise, the data published by Hinterlaces were registered between May and July 2020. In this sense, 3 points were highlighted:

Meanwhile, the ICS pollster released the results of an opinion study carried out between May 17 and June 2, based on 3 thousand telephone interviews, with national coverage, 95% confidence level and margin of error of 2%.

When asking about who the leader or president is who has best controlled the pandemic in your country? The results place the president of Venezuela, Nicolás Maduro, in first place with 67.1%. Then the following leaders: Pedro Sánchez 5.8%, Luis Lacalle 3.5%, Nayib Bukele 1.7%, Daniel Ortega 1.2%, Iván Duque 1.2%, López Obrador 0.6%, Sebastián Piñera 0 , 6% and Mario Abdo Benítez 0.6%.

Neoliberal handling of the pandemic

Countries like Ecuador, Chile and Brazil have been criticized for their management of health and the economy in the face of the pandemic crisis. They have recorded dramatic numbers of infections and deaths from Covid-19 disease.

Brazil, the first country in Latin America to report an infected patient (last February 26) and the second most affected country in global terms, has more than 1,668,589 infected patiants and a death toll that exceeded 66,741.

The government of President Jair Bolsonaro minimized the problem, which he has classified as a “little flu”, while the president himself is currently recovering from the disease.

Bolsonaro’s neoliberal government refuses to apply quarantine as almost all countries have done, because it believes that slowing down the economy will cause a “disaster.”

In this sense, he has confronted the governors of his country who have internally applied social distancing in the face of the exponential increase in cases, since for Bolsonaro, money is first before life.

In the case of Ecuador, the government of Lenín Moreno Garcés has been overwhelmed by the number of cases of coronavirus, and to date it registers 63,245 positive cases and 4,873 deaths. He is the president with the worst evaluation in the region, and the country has the highest number of deaths after Brazil.

Moreno has a negative neoliberal reputation when agreeing on a neoliberal agenda that included a deal with the IMF, the World Bank (WB) and other international financial institutions, which leaves Ecuador indebted for at least the next 3 decades.

Chile, another country governed by the right, already has 6,573 fatalities and 303,083 infected. The country suffers from the pandemic crisis, with a collapsed privatized health system.

Under the neoliberal mandate of Sebastián Piñera, the population cannot access healthcare services or undergo the necessary diagnostic tests to detect the coronavirus since a molecular test or PCR costs approximately $200, the so-called rapid test costs $60, admission to a clinic to be treated for the disease $22,000 and 60 to 80,000, in the event of health complications.

The Chilean president’s policy in the midst of the pandemic has been determined by the protection of the economy, in fact, in late April he began to consider the return of normality.