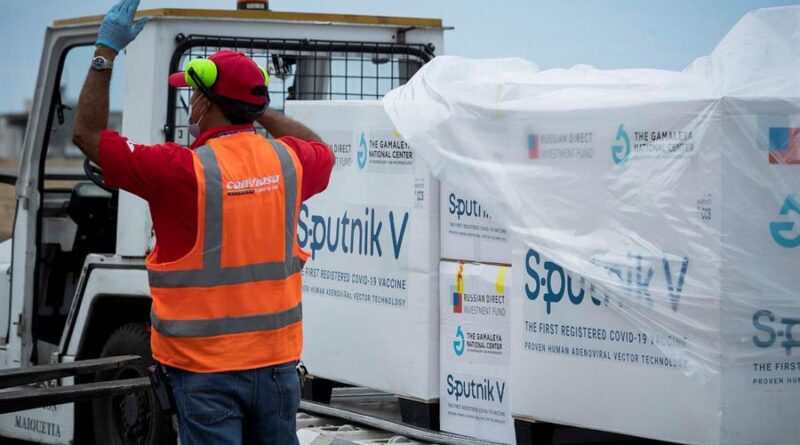 This Saturday, February 13, the Executive Vice President of Venezuela, Delcy Rodríguez, attended the arrival in Venezuela of the first shipment of Sputnik-V vaccines from the Russian Federation.

The first batch of 100,000 doses, out of the 10 million agreed between the two nations, was transported in an aircraft of the state owned airline CONVIASA, which landed on Venezuelan soil at the Maiquetía International Airport near Caracas, in compliance with the binational agreement signed between Venezuela and Russia.

Also present at this reception were the Venezuelan Minister of Foreign Affairs, Jorge Arreaza; the Minister of Health, Carlos Alvarado; and the ambassador of the Russian Federation to Venezuela, Sergey Melik-Bagdasarov.

During her speech, Vice President Rodríguez thanked Vladimir Putin, President of Russia, and Ambassador Melik-Bagdasarov “for their cooperation and joint efforts to make this historic day come true,” highlighting that Venezuela was the first country in the western hemisphere that received the Sputnik-V vaccine to participate in the third phase of the clinical trials that turned out to be perfect and showed 91.6% effectiveness. 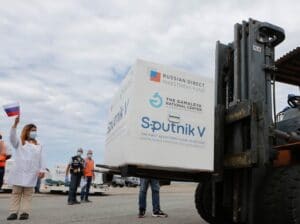 “At this very important moment for Venezuela, I want to thank, on behalf of President Nicolás Maduro, Russian President Vladimir Putin, for sending the vaccine doses. This is something that I consider historic in the midst of the blockade suffered by Venezuela,” declared the Executive Vice President. 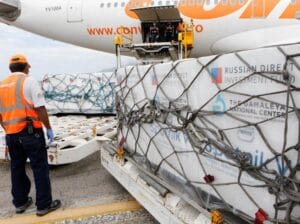 She continued that “Russia has extended a helping and friendly hand to support our country” in these times of imperialist siege and criminal blockade. The coercive and unilateral actions by the United States and the European Union have limited not only the nation’s access to vaccines against COVID-19, but also have had a very profound impact on all aspects of daily life, as recognized by the United Nations Special Rapporteur for the negative impact of sanctions on human rights, Alena Douhan, in her preliminary report on Venezuela published this Friday.

In addition, Rodríguez asserted that the arrival of this first batch of vaccines reflects the efforts of the President of the Republic, Nicolás Maduro, to ensure the well-being of the Venezuelan people, despite criminal attempts to suffocate the country.

However, she warned that “we cannot claim victory, nor can we abandon health and biosafety measures, like the use of masks and physical distancing to prevent the spread of COVID-19.”

Featured image: The first batch of the Russian Sputnik-V vaccine arrived this Saturday at the Maiquetía International Airport, close to Caracas, in a CONVIASA flight from Moscow, as part of an agreement signed between Venezuela and Russia for ten million doses. Photo courtesy of EFE.