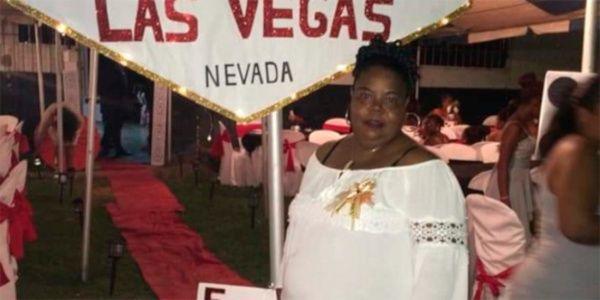 Tegucigalpa Honduras, September 8, 2019 .- On Sunday noon, the assassination of Mrs. Mirna Suazo occurred in the town of Masca. Mirna was president of the Board of Trustees of the community. Subjects on motorcycles arrived to end her life in her own place of business on the beach of Masca.

Along with Suazo, four Garifuna women have been killed in three days and in different communities. Yesterday, Saturday, September 7, Nayda Reyez Jiménez also lost her life to criminals. According to accounts, Reyes and her husband were abducted by subjects wearing shirts with the DPI inscription, later the bodies of both husband and wife were found in the surrounds of the community.

RELATED CONTENT: How the US Created Violent Chaos in Honduras

At dawn on Friday 6 in the municipality of Santa Rosa de Aguán, Gilma Cacho and Fiori Amaya, mother and daughter, were killed. Reports point at criminals arrived looking for Fiori’s husband. When they didn’t find him, they shot Mrs. Cacho and Fiori.

The crime created a total uproar in the town of Aguán, the inhabitants began to comment on what happened on social networks and present their condolences to the mourners. Fiori left 5 children. The bodies of the two women were left lying in their humble homes, amid some goods that showed they were a family of limited economic resources.

What happened with these four ladies is really unfortunate. It is the never seen before in the Garifuna communities where normally deaths are only from natural causes. No one would think of ending anyone’s life. However, lately, non-Garifuna people who break with social coexistence and are producers of repudiable events are arriving in the communities.

Without a doubt, the Garifuna community is in a state of defenselessness, receiving only bullets and dying in a slow and silent genocide. Crimes and robberies are frequent with greater incidence in communities near cities. Protective measures are necessary, urgent reflection and analysis. It is necessary that the Garífunas open their eyes, if things have reached this point it is because something was done wrong or simply was not done.