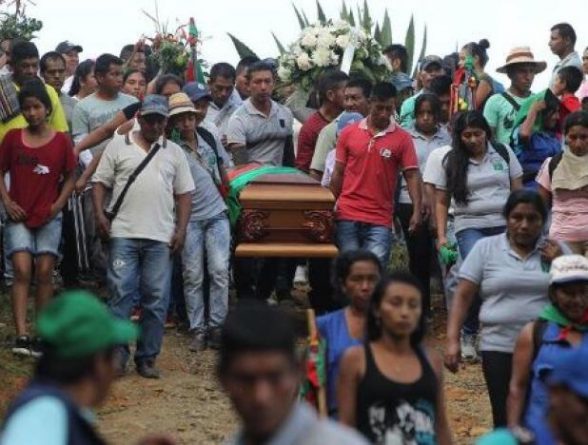 Four Colombian social leaders were murdered at Cauca in the last 48 hours, according to the report of the police forces and human rights organizations.

The organization noted that the social leader was killed when he was at the whereabouts of vehicles that cover the inter-village route to Los Andes. There, a subject approached Zuluaga and shot him in the head. The victim died instantly at the scene.

On Sunday, in the same municipality, they also murdered Luis Prado, a resident of the San Francisco resguardo, local media reported.

While on Friday, December 7 was killed in the rural area of ​​the municipality of Caloto, the governor of Huellas, Edwin Dagua Ipia.

Authorities also reported the death of the leader Víctor Hernández Chávez, who suffered an attack in the village of El Tablón de Corinto.

The crime committed against these four social activists adds to the death of other social leaders in Cauca and the list of leaders who have been murdered in Colombia.

In this regard, the Regional Indigenous Council of Cauca (CRIC) denounced that two indigenous people were victims of retention by armed groups.

Alirio Quinaguaz Cunda and Marcelo Dagua were detained while they were performing agricultural work in the Santa Bárbara village in the shelter of Cerro Tijeras in the Suárez municipality, the CRIC said.