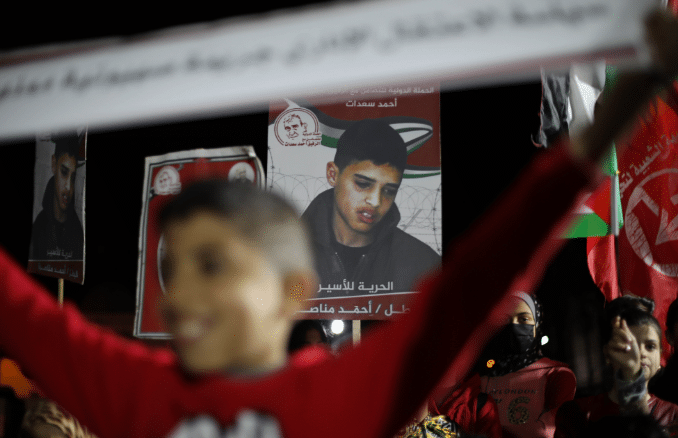 The Popular Front for the Liberation of Palestine (PFLP) held a solidarity event in Gaza on Thursday in commemoration of the forthcoming Palestinian Prisoner’s Day and in solidarity with Palestinians in the northern West Bank city and refugee camp of Jenin.

PFLP members and their supporters held placards denouncing the Israeli military, which has killed 12 Palestinians in the West Bank in recent days, calling for wider solidarity with Jenin.

“We are all Jenin,” “Resistance in Jenin is humiliating the Israeli occupation”, “Jenin is a symbol of our pride”, and “Free Palestinian Political Prisoners,” some of the signs read.

Speaker after speaker emphasized that the resistance in Gaza stands firm with Palestinian resistance throughout the West Bank, especially in defense of occupied East Jerusalem (Al-Quds).

The event was originally scheduled to be held on April 17, commemorated as Palestinian Prisoner’s Day. However, it was held several days earlier due to the urgency of the Israeli onslaught on the Jenin refugee camp and the occupied West Bank.

A section of the event was a display by Gaza artists depicting many Palestinian prisoners held in Israeli prisons. They include images of Ahmad Manasra, who was arrested by the Israeli army at the age of 13, and Ahmad Saadat, the secretary-general of the PFLP, who has been in an Israeli prison since 2006. Prior to that date, he was held in a Palestinian Authority prison for four years. 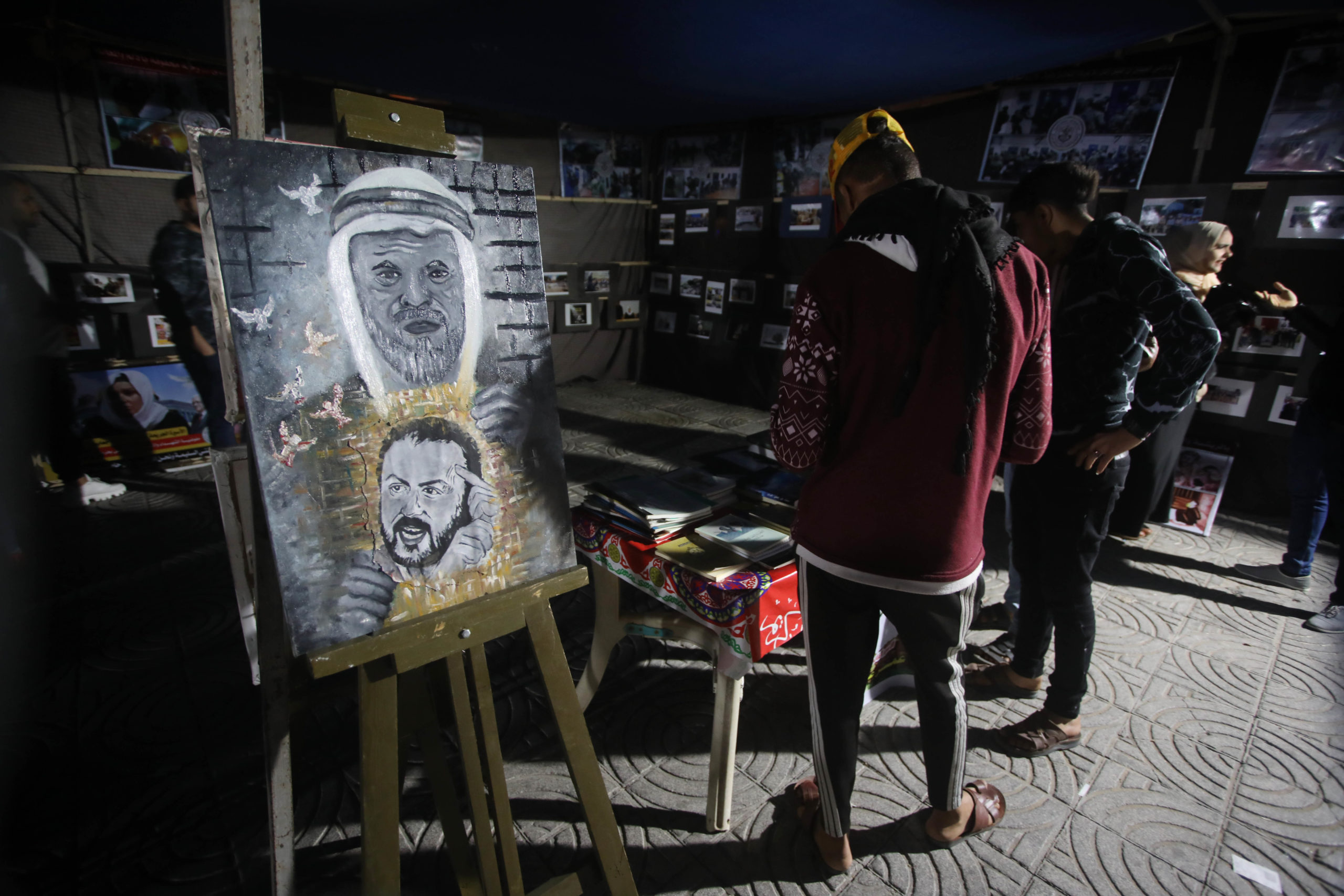 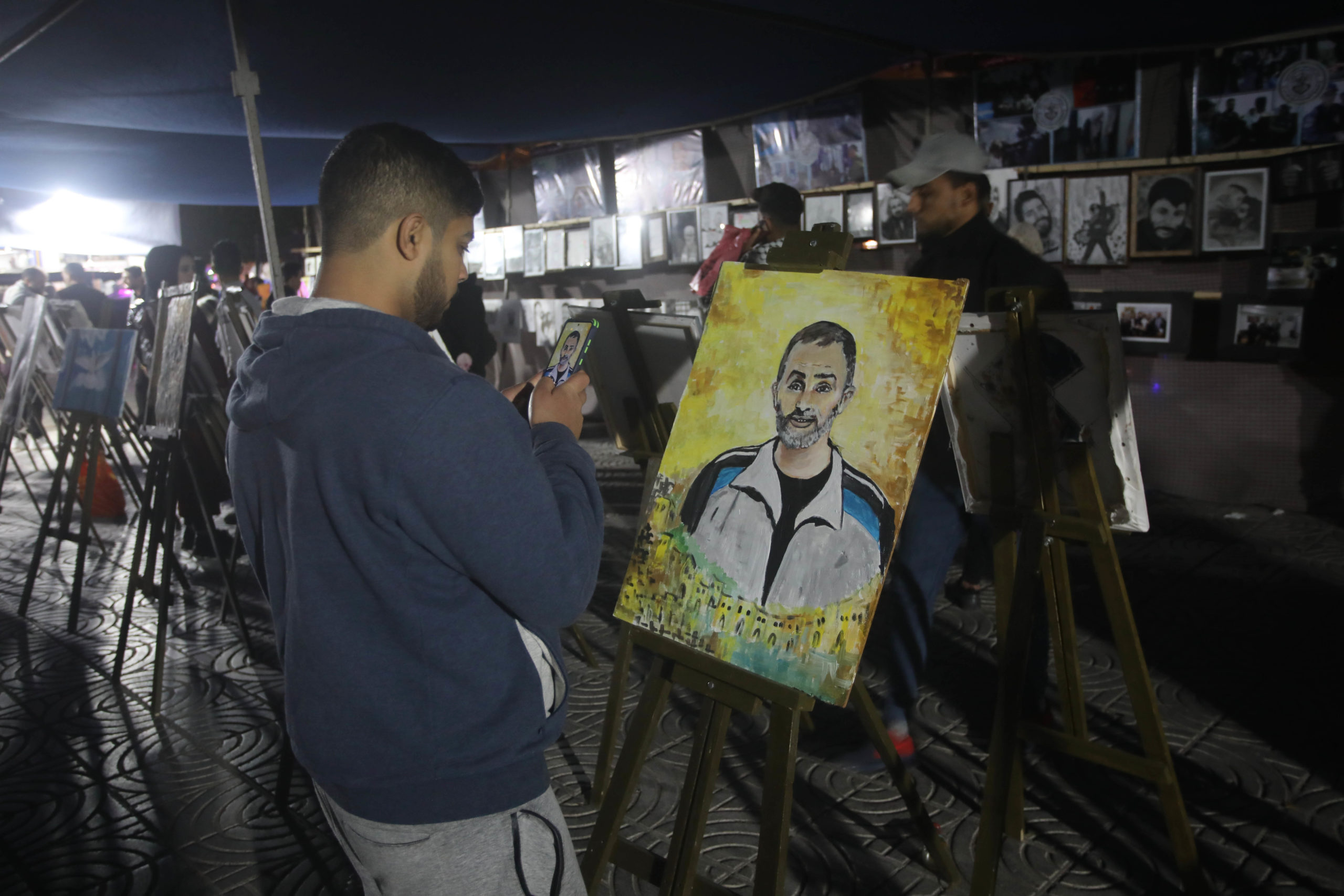 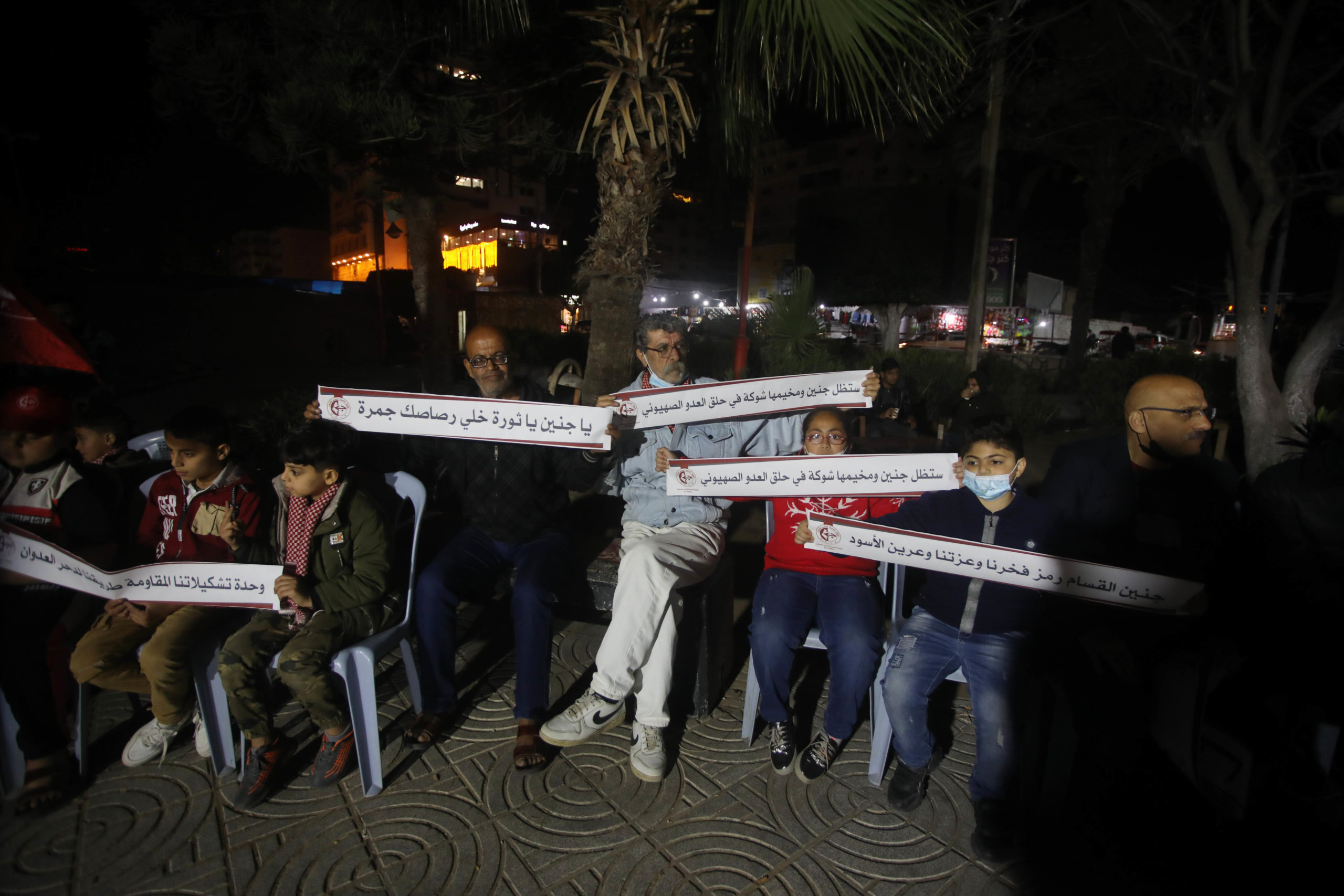 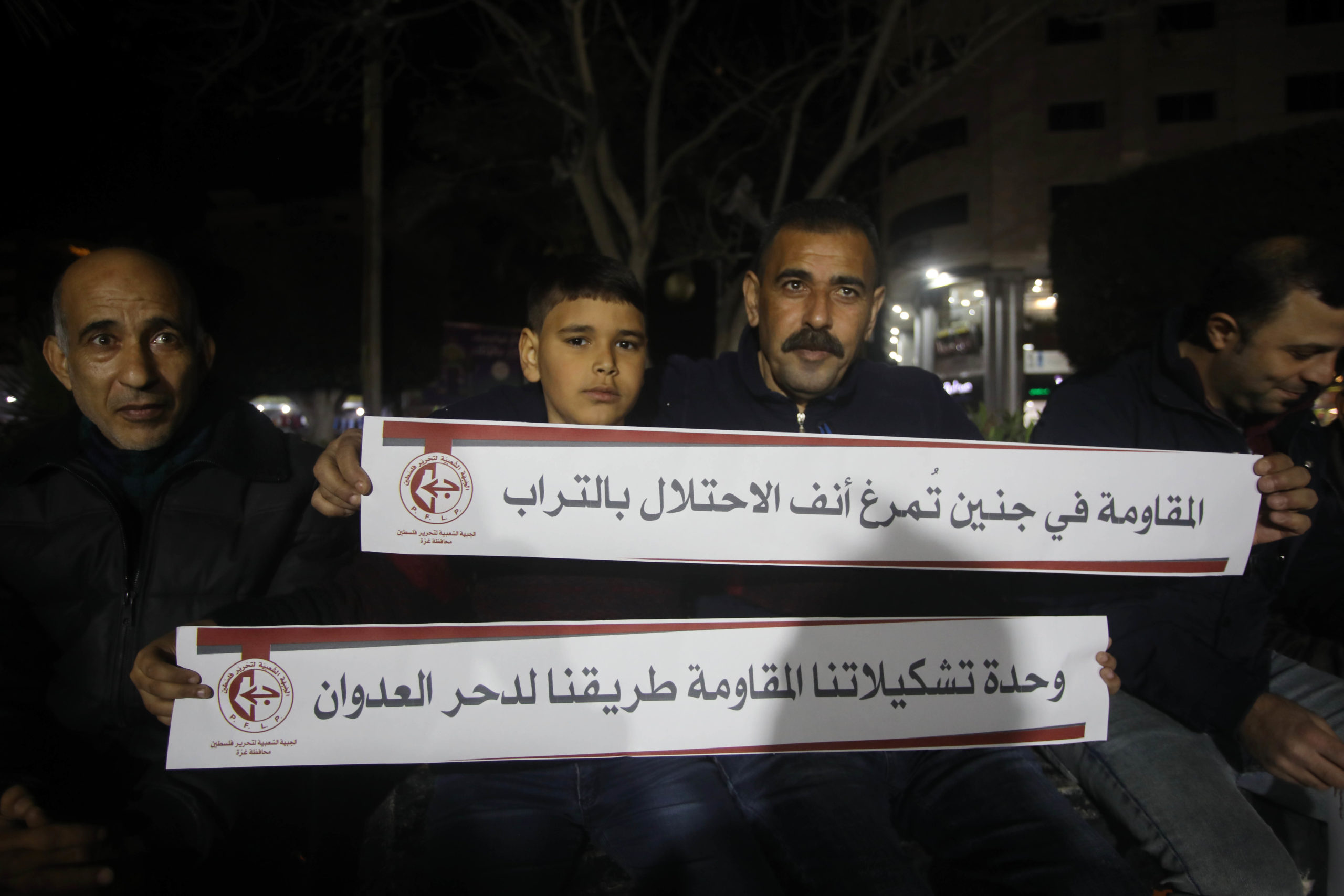 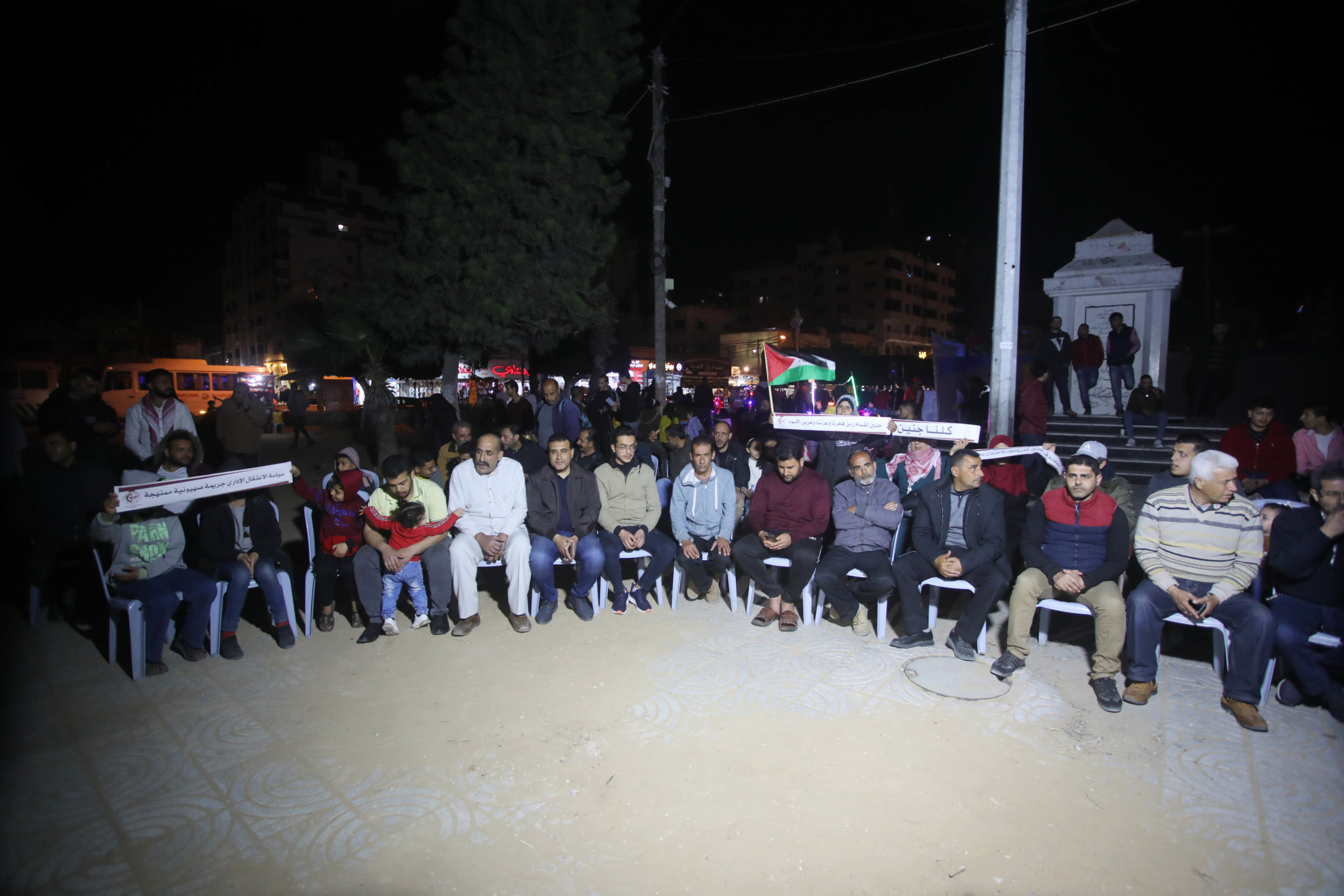 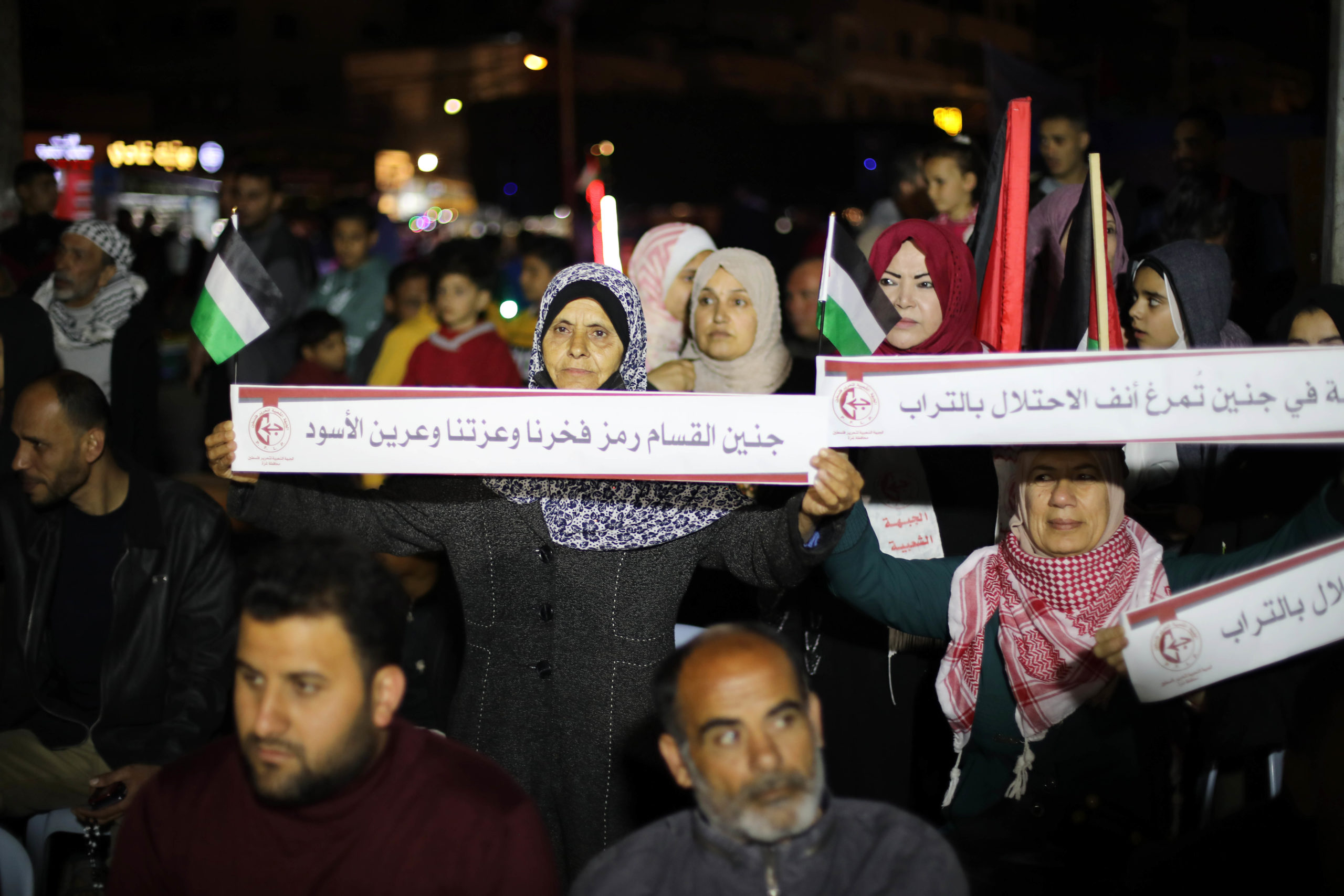 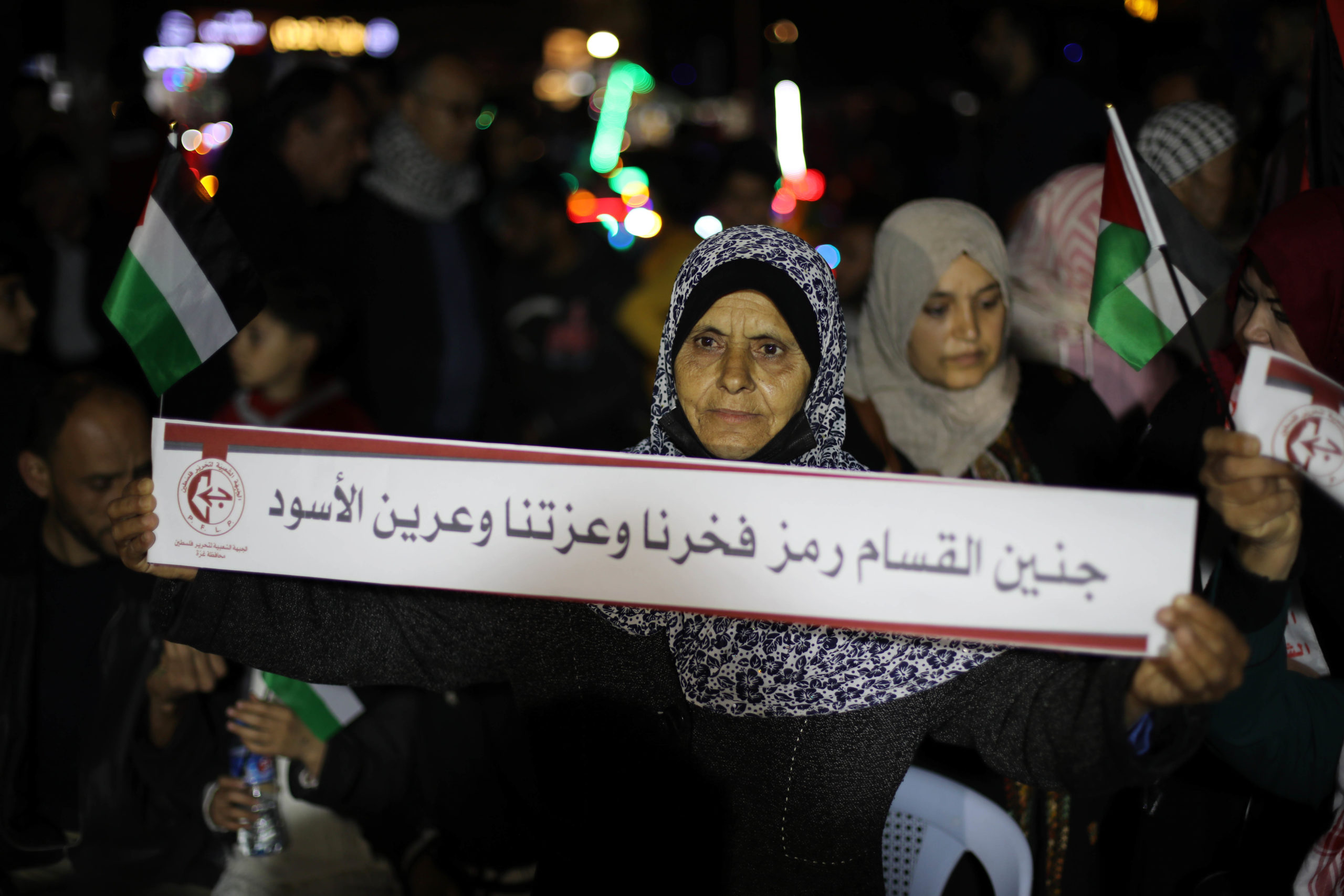 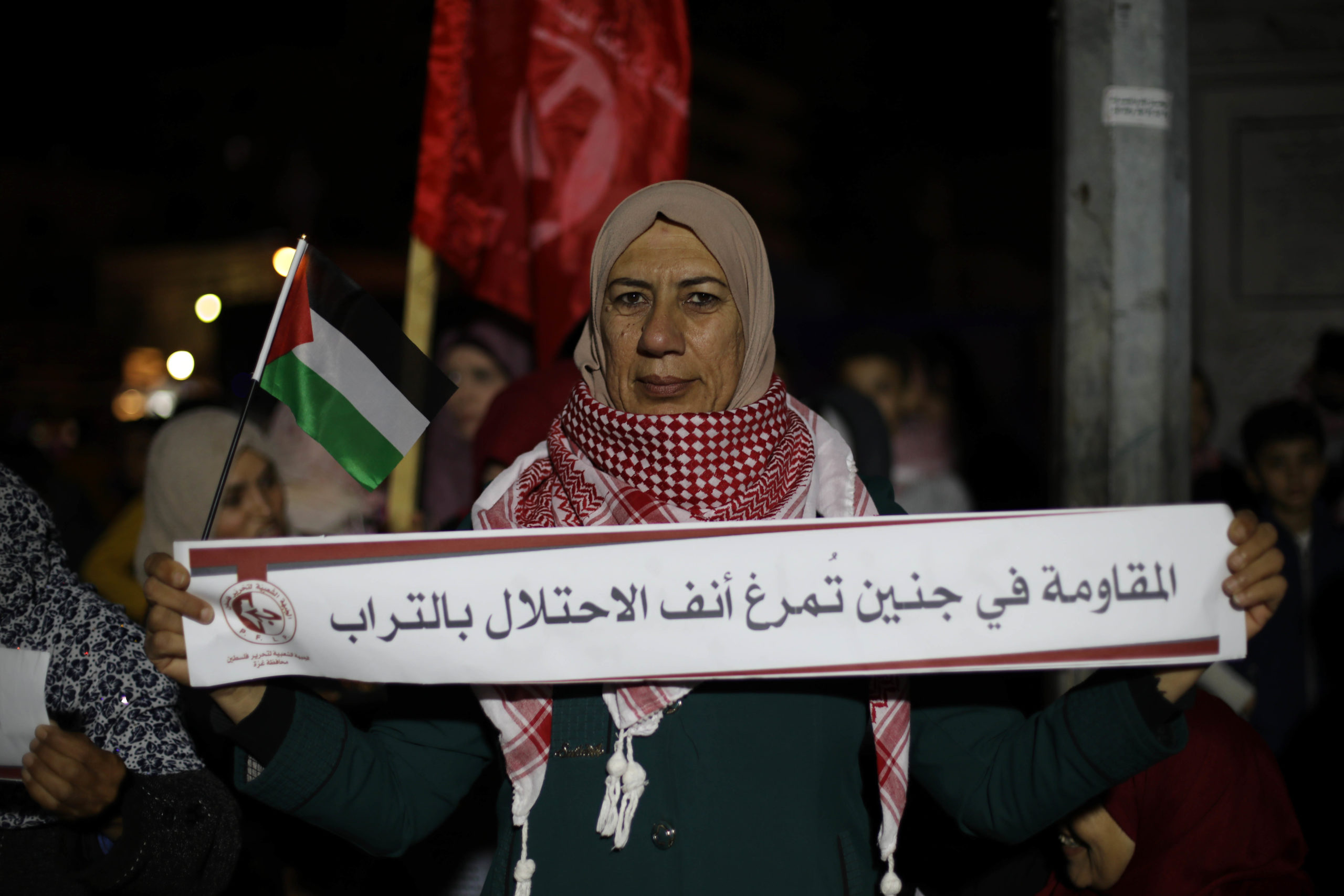 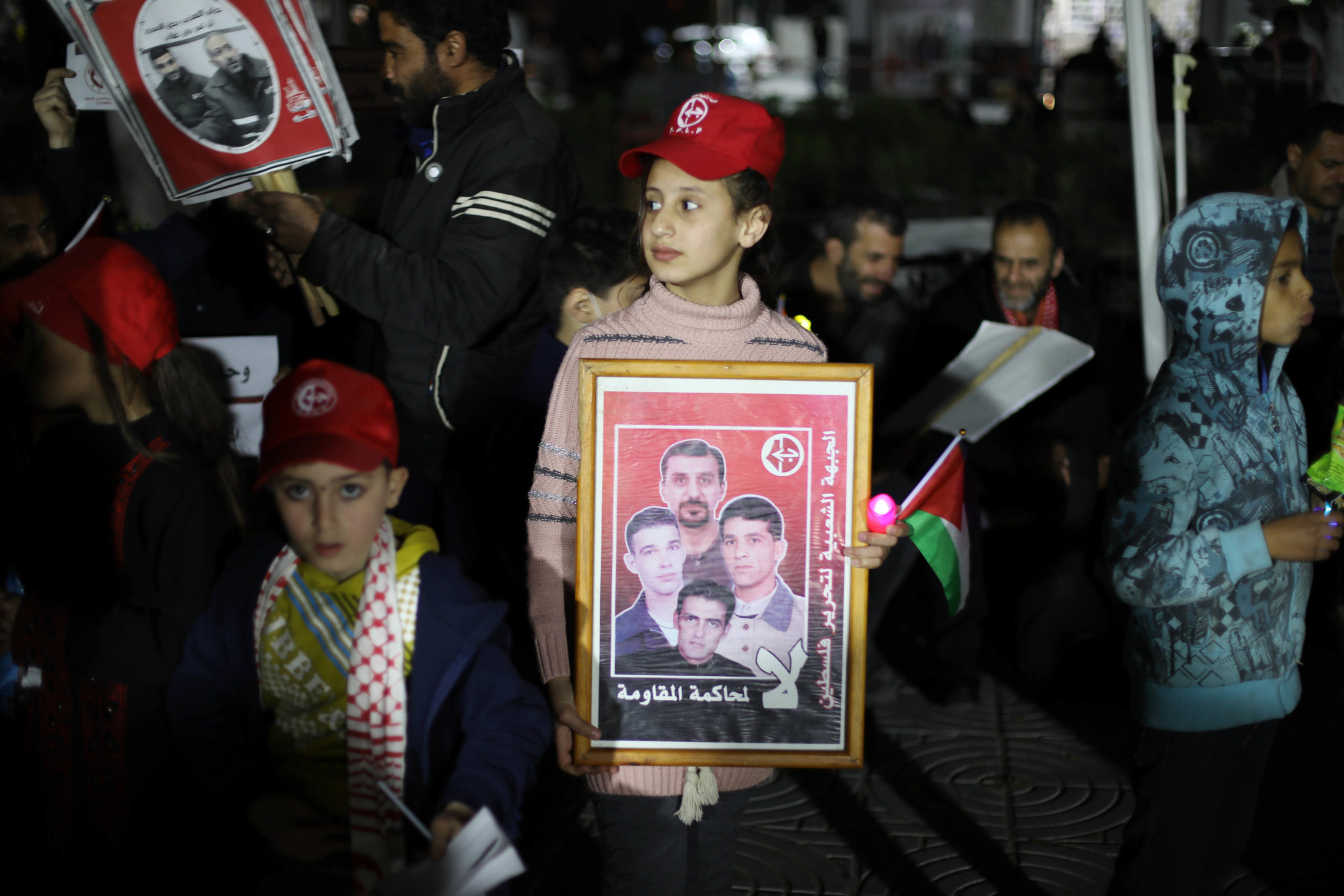 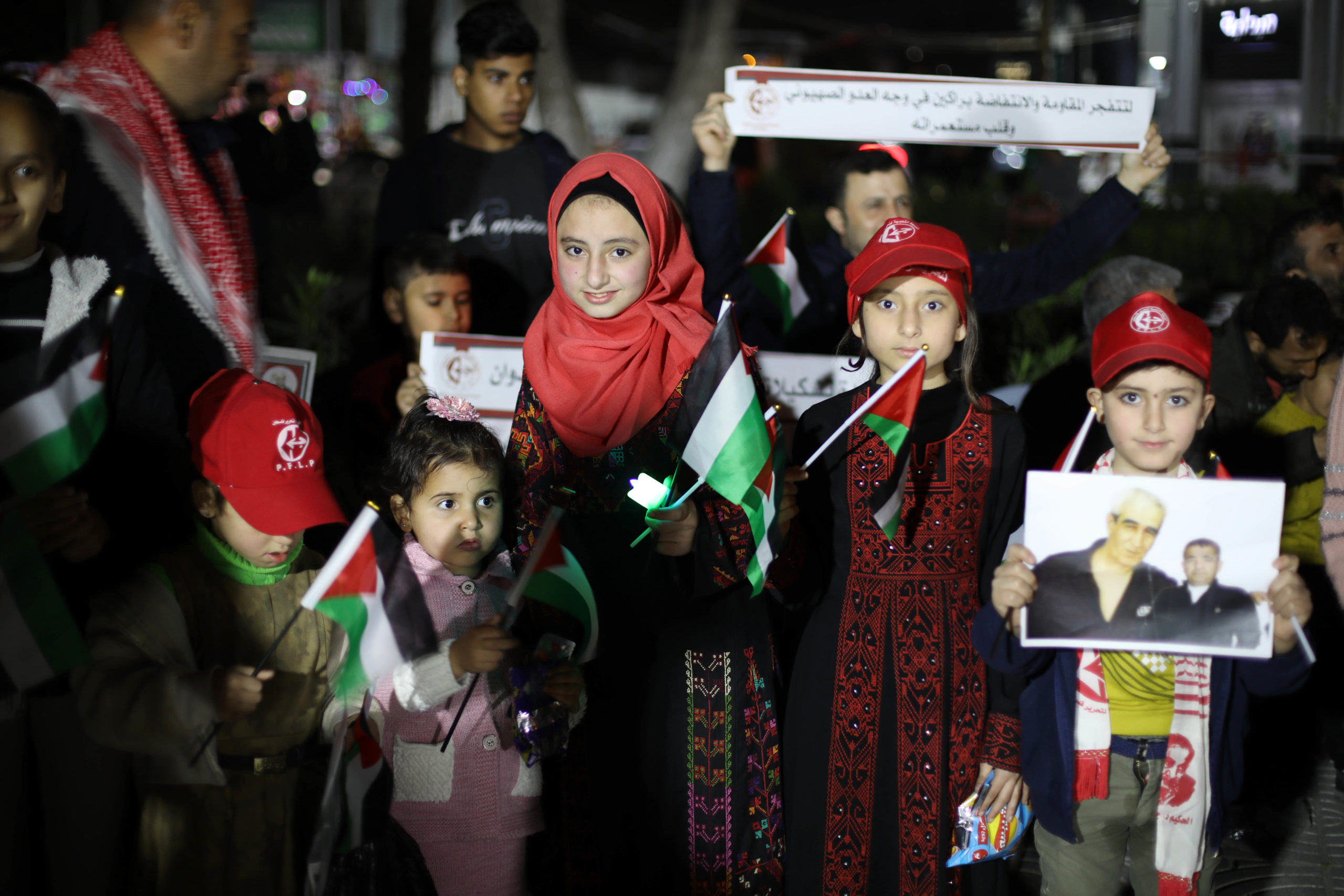 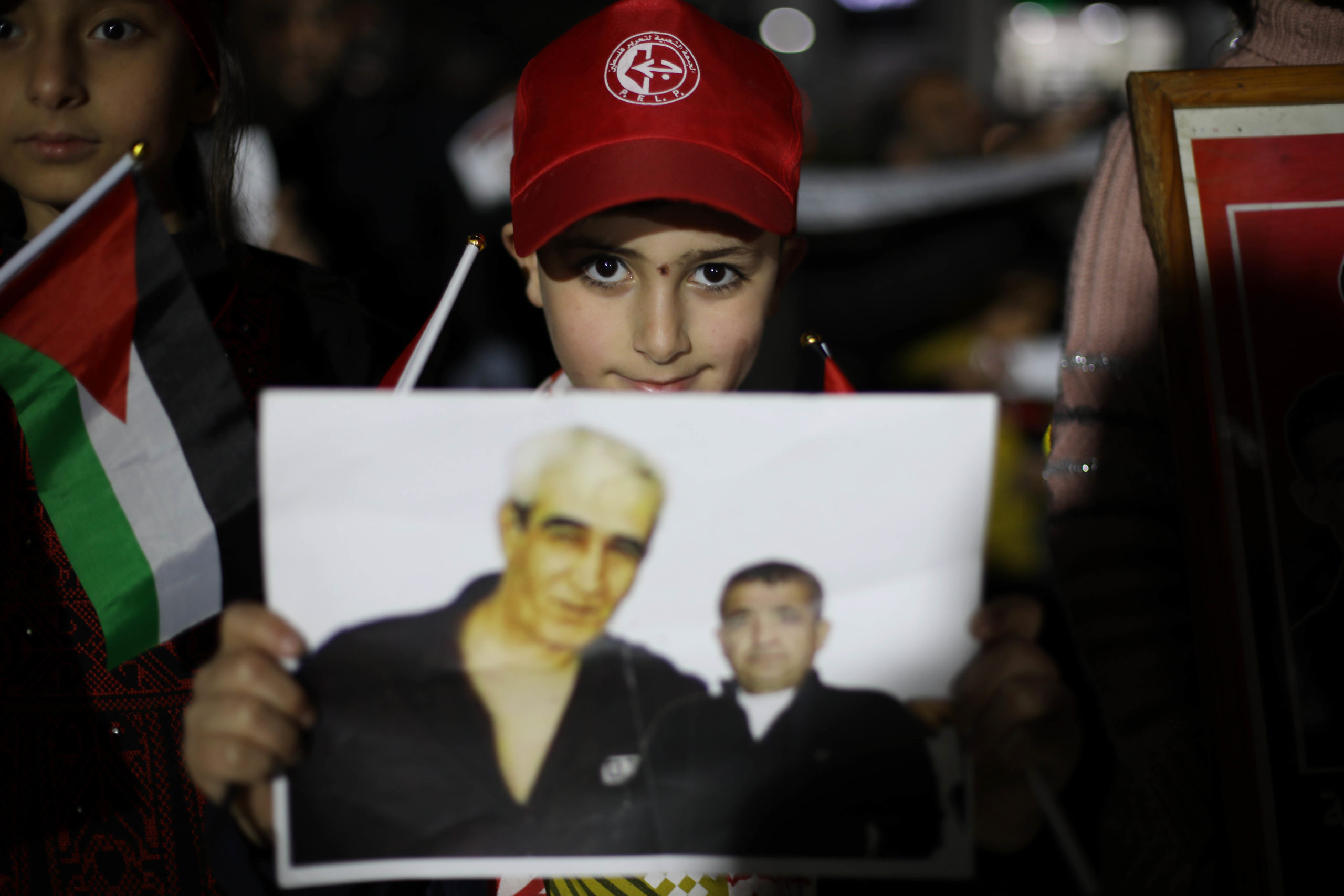 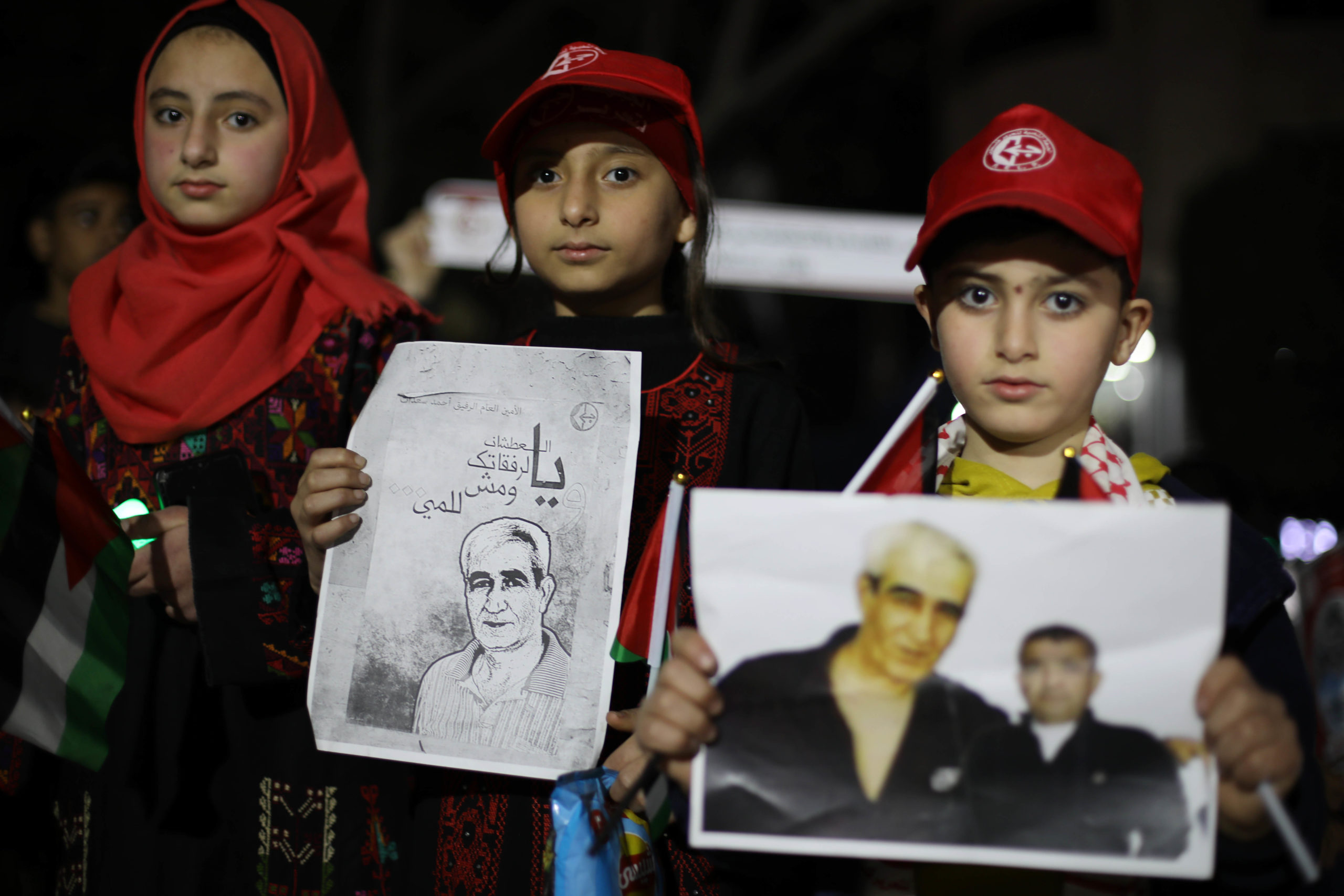 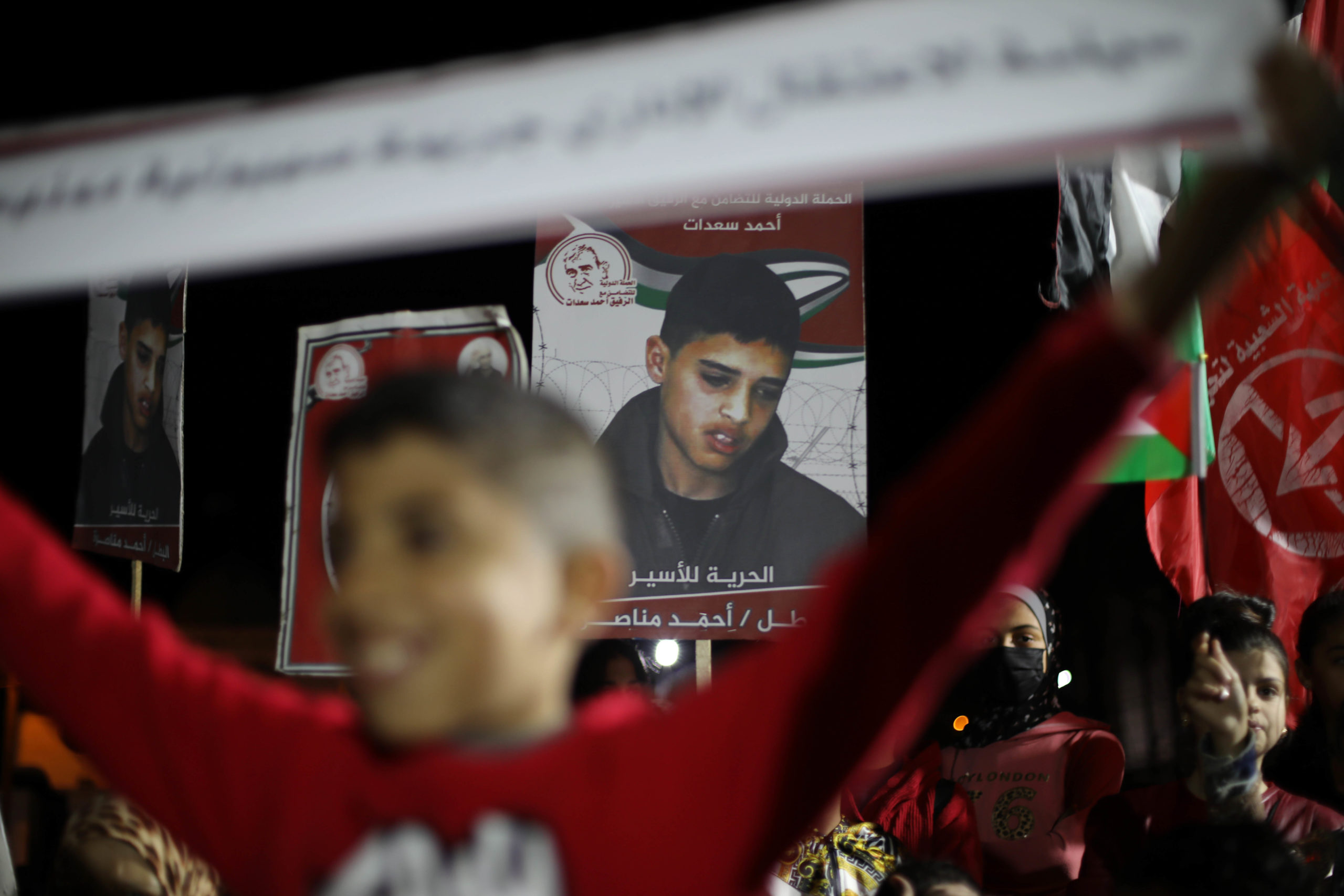 Featured image: The Popular Front for the Liberation of Palestine (PFLP) holds a solidarity event in Gaza. (Photo: Mahmoud Ajjour, The Palestine Chronicle).