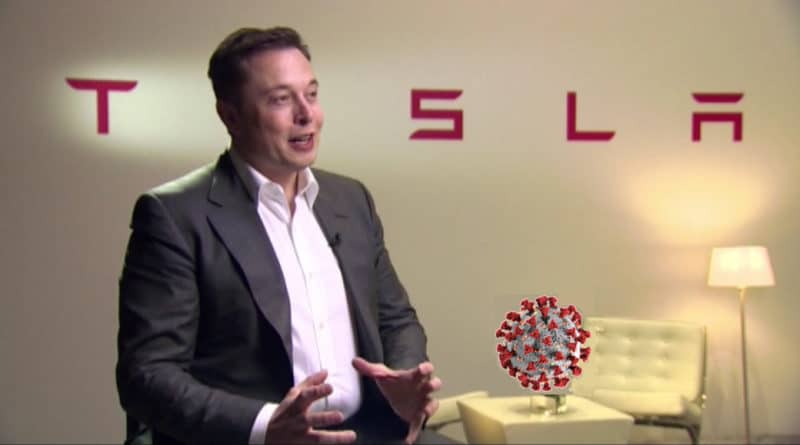 Those who stay home ‘will be on unpaid leave’, email says, as employees say company is using ‘threatening tactics’

Workers at Tesla have been told their unemployment benefits may be suspended if they refuse to return to work during the coronavirus pandemic, according to emails seen by the Guardian.

The news comes as Tesla’s founder, Elon Musk, moves forward with the reopening of Tesla’s factory in Fremont, California, in defiance of a local stay-at-home order.

RELATED CONTENT: An Interview with Resumen Editor Carlos Aznárez: “We Need to Unite all the New and Old Insurgencies”.

In an email sent to employees announcing the factory would reopen, workers were told: “If you do not feel comfortable coming into work, you can stay home and will be on unpaid leave. Choosing not to report to work may eliminate or reduce your eligibility for unemployment depending on your state’s unemployment agency.”

A Tesla worker at the Fremont plant who chose to remain anonymous said: “They’re trying intimidation and threatening tactics, saying if you don’t show up there’s no more unemployment. I will not be there, as well as a number of other people, because it’s still shelter-in-place. Until Alameda county health officer Dr Erica Pan says otherwise, I won’t be there.”

Tesla did not immediately respond to a request for comment.

Musk is keen to proceed with the reopening of the Fremont factory. Tesla filed a lawsuit against Alameda county on 9 May as Musk threatened to relocate his company to Nevada or Texas after criticizing stay-at-home orders across America.

Throughout the coronavirus pandemic, Tesla has tried to resist the stay-at-home orders, arguing to public officials to be classified as an “essential” business that would allow it continue production, even after publicly announcing the plant would be shut down.

The factory in Fremont has been shut down since 23 March. The local restriction order was enacted on 16 March.

Workers have reported they had yet to start receiving unemployment benefits because of slow processing times. California had reportedly processed only one out of every eight unemployment claims made in March 2020. About 10,000 people are employed at the Tesla Fremont plant.

A second Tesla employee said: “They’ve said I will be removed from furloughed status and not be able to collect. But many of us have not collected at all.

“I actually started isolation a week before Tesla shut down and received nothing except for the two weeks Tesla paid us. But I’ve been out of work since 13 March.”

The California employment development department did not immediately respond to a request for comment on whether Tesla workers would maintain benefits as the plant reopens.