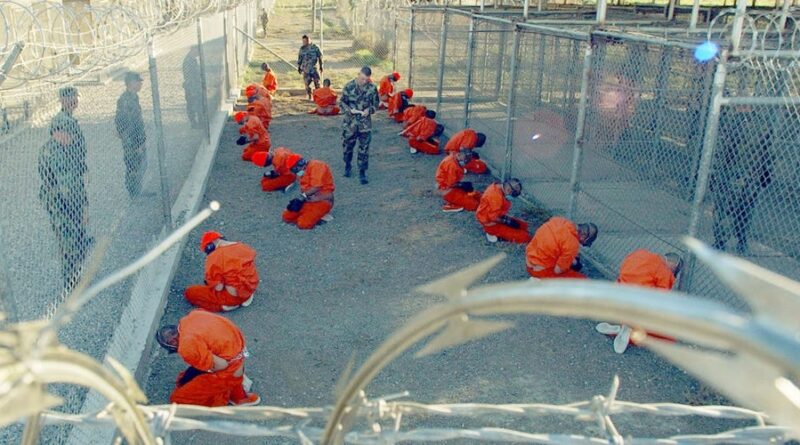 Alejandra García interviewed lawyer Thomas B. Wilner, who is part of a group of lawyers representing Guantánamo Bay prisoners.

“The United States is violating the law by maintaining the Guantánamo Naval Base in Cuba as a prison, where most of the inmates are being held without criminal charges,” said attorney Thomas B. Wilner categorically during a conversation with this reporter via video call.

Wilner, a prestigious lawyer in his country, is since 2004 the spokesperson for a US group of lawyers who represent prisoners of various nationalities who are illegally held in the Cuban territory usurped by Washington since the early 1900s.

“There is not a single legal reason to maintain a deployment of guards and prisoners of war at the Caribbean base, especially now that hostilities with Afghanistan have ended. Washington has run out of excuses,” said Wilner, attorney at the international law firm Shearman & Sterling.

Wilner first visited Guantánamo in December 2004, three years into the “war on terror” in Afghanistan, which began shortly after the September 11, 2001 attacks on New York and Washington.

Among the prisoners he has defended for nearly two decades are a dozen Kuwaitis, who were tortured by US soldiers, first in Afghanistan and Pakistan, and finally at the military base in Guantánamo.

The lawyer returned to Washington this week after yet another visit to the base and agreed to talk to this reporter about his past and present impressions.

What has changed in 20 years, and what has stayed the same?
The base has changed a lot in two decades. The buildings are now more solid and, although only 39 out of the 780 prisoners it once housed remain, the structure is actually more heavily guarded than ever and protected with dozens of military posts and wires on top of its giant walls.

Accessing the complex is overwhelming. Washington keeps deployed hundreds of guards just to watch over those few men. It is very intimidating because to enter, it is necessary to pass through several security cordons before reaching the base itself.

It is as if the US base in Guantánamo housed the most dangerous criminals in the world. But only 12 out of the 39 prisoners currently held there are even accused of terrorism.

RELATED CONTENT: The US Makes a Mockery of Treaties and International Law

Were you apprehensive to take on the defense of your clients?
The first time I went to the base, I didn’t personally meet any of the prisoners. I was very apprehensive about what it would be like to defend these men, whom I did not know. I arrived full of uncertainty, I even wondered: Are they really terrorists?

I have since returned many times after that. I have had time to talk to them, to get to know them, and they turned out to be nice young people, many of them charity workers in Afghanistan, the poorest country in the world in the 2000s.

My first clients were from Kuwait, a country of many resources, and they decided to go to the neighboring war-torn nation to help those most in need.

During our countless talks, they told me how they were victims of the most dehumanizing tortures. They were beaten, abused… They were and still are in a state of shock.

Wilner explained that his clients were first sold to US soldiers by the Afghans themselves, without a shred of evidence against them.

The US paid between $5,000 and $25,000 for every alleged terrorist they caught on the ground, so people would capture them being motivated to get the reward. At that time, that amount of money in Afghanistan was the equivalent of millions of dollars.

Do you think Joe Biden’s administration could resume the plan proposed by former President Barack Obama to transfer prisoners from the base to US prisons?
Obama did not keep his campaign promise. I worked with that administration’s Legal Counsel, Gregory Craig, who was in favor of closing Guantánamo. We put a lot of effort into that project.

But the then-president backed out, and I can honestly say that he is one of the real reasons why that sinister military facility is still standing. He promised a lot but did nothing in the end. Biden, who was vice president during the Obama era, has been more in favor of closing the base than Obama.

But the United States is all about giving the public no reason to criticize the establishment, and the Guantánamo prisoners have no constituency to put pressure on the government. Therefore, these inmates are not even close to being a priority to this administration.

I believe that the current Democrat president does want to close Guantánamo, but it remains to be seen whether he will have the guts to do so.

The US recently declared a cessation of hostilities in Afghanistan. Is it legal to continue to hold prisoners of war after the withdrawal of troops from Kabul?
It’s not legal. Only 16 out of the 780 prisoners held at the base over the last 20 years were ever formally charged with terrorism. Everyone else was there for other reasons.

Of the 16 defendants, 12 remain imprisoned and are being tried for their links with extremist cells based in Central Asia. This also means that there are currently 27 people unjustly detained at the base.

Killing innocent civilians is a crime under any law, but those who had no criminal charges filed against them were and are imprisoned for the simple fact that they were captured during the war in Afghanistan.

RELATED CONTENT: Latin America Will Continue to Distance Itself from the United States

Now that hostilities have ceased, those who remain on the base, who are not on trial, should be released immediately.

The government justifies this imprisonment under the pretext that the country is still “fighting terrorism.” The argument is an all-encompassing justification that does not justify keeping a person in jail without due process, without charges and without a trial.

War is an armed conflict, with military troops dispersed over a certain territory. In an ongoing confrontation, members of the enemy side could be held to prevent them from returning to the battlefield. However, in times of non-war, you can only imprison those who can be brought to trial on charges.

Washington has a legal obligation to send home the innocents. There is no reason to keep them there, nor to subject them to mistreatment. That is what I am currently defending in court.

Why does the US insist on keeping the base, despite the claims of Cuba, which is the legitimate owner of that territory?
Washington is violating the law by maintaining the base as a prison when, contractually under the terms of the operating lease, it should only be a refueling station for US Navy ships. What can Cuba do about it? It could bring the case to international courts, for example. I am certain that Cuba would prevail there.

What is the most harrowing story your clients have told about their treatment at the base? Is torture still taking place there?
Every one of my clients was mistreated, tortured, beaten, and tied to walls. They were all punished with chains, electric shocks, and they were sodomized.

They believed at the beginning of their capture that being taken to a US prison was the best of their fates, as they knew they would continue to suffer mistreatment in their home countries. However, my clients did not imagine that they would suffer the same fate at the US Naval Base.

The US loves to present itself as the premier defender of human rights and is quick to point at other countries without proof, like Cuba, for unjustly holding political prisoners while the world knows that Guantánamo Prison exposes the hypocrisy of those accusations.

Biden campaigned with a promise to improve relations with Cuba and close the Guantánamo Prison but on its 20th anniversary he remained silent on both. Meanwhile Rep. Ilhan Omar (Democrat-Minnesota) has called on him to close it for good. “If the president is to make good on his promise to close the facility, he’ll need to dramatically pick up the pace… I reflect on what scores of these men lost when the United States tortured them systematically dismantling their identity and humanity.”