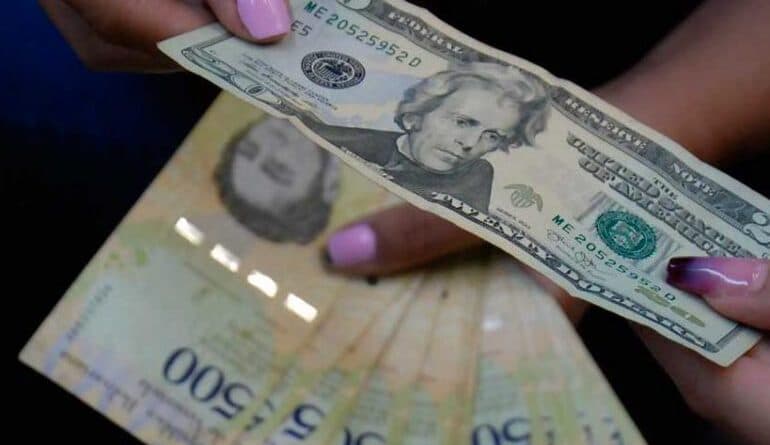 A real exchange-rate fire was experienced this week by Venezuelans, with a parallel dollar price that accelerated to almost 30%, further destroying the purchasing power of Venezuelans, mired in hyperinflation that, to make matters worse, reached its third year in November.

The black market dollar was at 535,132 Bolivars (Bs.) at 9m on Monday November 9, and reached 691,680 Bs. at 1pm this Friday, November 13, according to @enparalelovzla, one of the six accounts that measures the behavior of the black market (parallel) dollar.

The rising rhythm of the unofficial dollar is followed by the indicator of the Central Bank of Venezuela (BCV), whose price is already at Bs. 646,322 per dollar.

The rise in the dollar coincides with the issuance of bonds by the Executive at the end of the year, a spiral that promises not to stop during November and December, according to some analysts. Others associate the changes in the common exchange rate as behavior related to the upcoming parliamentary elections of Venezuela—set for December 6—and the unconventional war being led by the United States against the Venezuelan people.

In one week, liquidity expanded by 27 trillion Bolivars, as a result of the issuance of the stimulus checks (bonos) that are granted through the Patria System, but also because of the monetary financing of spending. In the last week of October, this financing reached 13.5 trillion Bolivars.

In this context, stores have resorted to dollarizing almost all their prices. But not only the stores—professionals workers, technicians, freelancers and almost all providers in Venezuela, since April 2019, have initiated a dollarization process to protect themselves from this erratic behavior of the Venezuelan currency (Bolivar) related to the US dollar. So currently, for many, the devaluations do not have a real impact on their lives.

But many, especially public servants, are trapped with salaries that do not even allow them to pay for public transport. Many of them have opted to do other kinds of work, charging in dollars in order to survive. Many do not quit due to their seniority, and wait for better economic times to cash their retirement benefits, that are currently worth nothing. Others, because they rely on food aid that most public agencies grant to their workers, in addition to the CLAP program. Finally there are another group of servants that do not quit because they love their work, but are struggling nonetheless.

The projections of specialized firms and PDVSA itself value the price of the dollar at over one million bolivars for January 2021.