During a working meeting this Wednesday, November 10, Venezuelan President Nicolás Maduro issued a forceful demand to the nation’s leadership to address the problem of groups speculating on the cement market.

For this reason, he asked Executive Vice President Delcy Rodríguez and Minister of National Commerce Dheliz Álvarez, as well as the entire cabinet, to respond to concerns about the cement business, of particular significance for the construction industry.

“I say it here, I am not hiding this,” President Maduro said. “Pay attention to the sale of cement, because there are some mafias that control the sale of cement on the street. They make it 10 times more expensive, and sell it to whoever they want.”

Likewise, he made clear the need to “keep an eye” on the sale of this important material, because although it is produced efficiently in the country, it later falls into the hands of those who seek easy profits and have no socialist ethics.

He also added that the nation already covers the national demand for cement for the construction of houses. In addition, President Maduro approved the 2022 cement export plan, with which Venezuela will sell the product in the Caribbean for the first time.

“You have to resolve the issue of the distribution and sale of cement to the people, especially now in December that people want to make repairs to their houses and apartments,” demanded the president, amid announcements to support the entrepreneurial sector.

Full support for entrepreneurs
Providing welcome news for those who are starting in the field of production, as well as small and medium-sized companies, the head of state announced the incorporation of Economic Engine Number 18 of the Bolivarian Economic Agenda, dedicated to entrepreneurs.

The president’s announcement was made at the inauguration of the Craft Beer Festival taking place in the Plaza Diego Ibarra in Caracas. There, he stressed that the event was made possible thanks to the support that the Bolivarian government has guaranteed to entrepreneurship in the country. 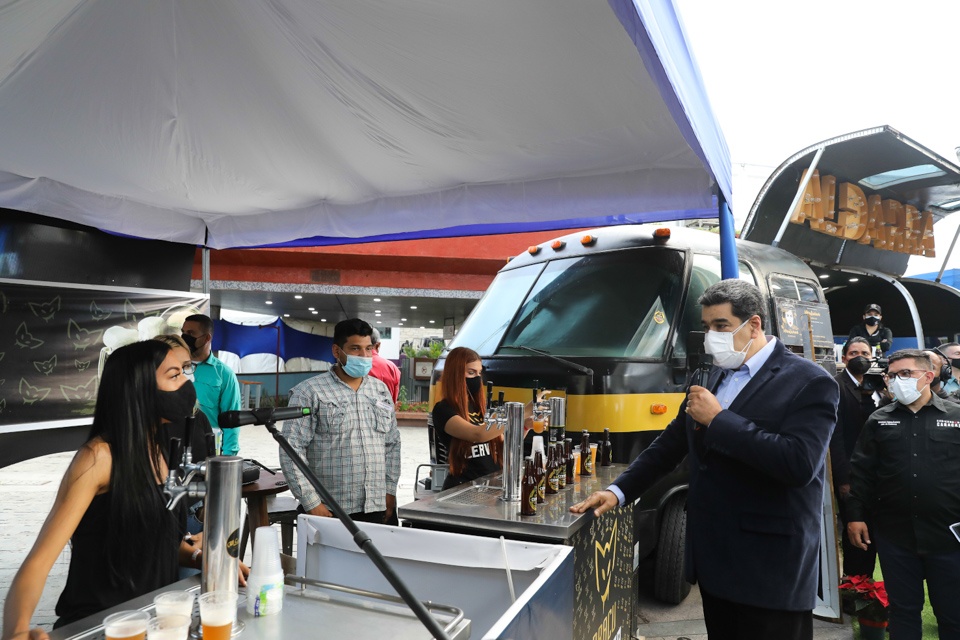 Likewise, he asserted that these examples of productivity are provided by mechanisms implemented to overcome the attacks of the blockade and the unilateral coercive measures imposed by the US and the European Union, while highlighting how the nation has entered a stage of growth and development.

“The 100 years of oil dependence have passed,” Maduro said. “We are not going to mortgage the life of the country for a product. The time of oil rentierism has passed.”

In addition to the launch of the new Economic Engine, Maduro said that “we are in the process of creating the Entrepreneurship Support Fund, contemplated in the law.” He estimated that this financial assistance plan would be activated before the end of the year. 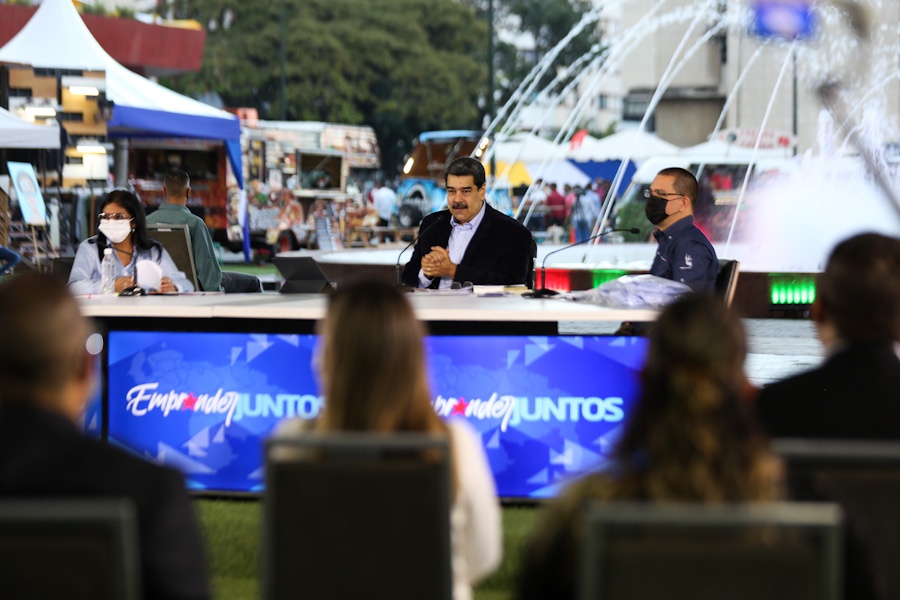 Joint work
President Maduro was emphatic when expressing that the authorities and institutions should seek out entrepreneurs across the country and guarantee them the support needed for the success of their commercial activities.

In addition, the president announced the registration of 178,638 initiatives in the National Platform’s census, and the launch of the web portal www.emprenderjuntos.gob.ve, to help entrepreneurs acquire funding and support. Finally, he presided over the transfer of credits from the Bank of Venezuela to the craft brewery sector through the new EmprendeBDV program.

In addition, President Nicolás Maduro requested an effort from public and private banks to limit entrepreneurs from paying additional taxes.