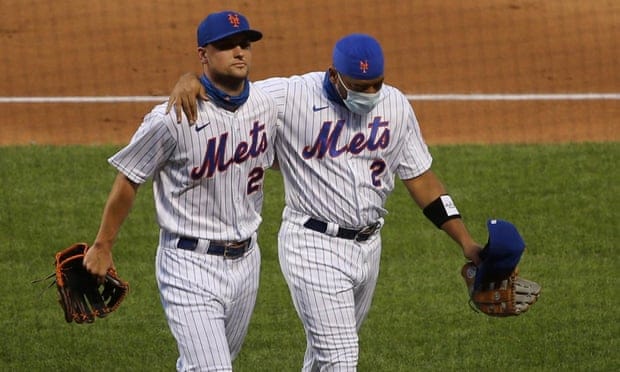 When I boycotted the 1968 Olympics because of racial inequality I was ostracized. Now white athletes are joining their black teammates in protests

Do you want to know what it feels like to be black in America this week? Think about Survivor, or Naked and Afraid, or Alone – or any of those wilderness shows in which a person’s survival in a hostile environment depends on keeping that crucial campfire burning bright. Inevitably, some disaster occurs and the fire nearly goes out. Then, on their hands and knees, the person tries desperately to fan one dying ember back to life.

For the African American community living in a hostile environment, that dying ember is hope. Hope that America was finally committed to racial equity. Hope that being black wasn’t a crime and the punishment wasn’t death. The popularity of the Black Lives Matter movement that swept through America this summer after the killings of Breonna Taylor and George Floyd stoked that hope inside us into a small but powerful sun.

Then this week, a black man, Jacob Blake, was shot seven times in the back by police, a 17-year-old was charged with intentional homicide after two men were killed at a subsequent protests, and the Republican National Convention featured speakers who, instead of voicing outrage over systemic racism and vowing to end it, complained about the audacity of ungrateful black people protesting that their husbands, sons, daughters, mothers, fathers, sisters, and brothers were being murdered by police while President Trump and the GOP conspired to take away their right to vote.

RELATED CONTENT: A Tale of Two Teens: When White Killers Are Treated Better Than Black Victims

Yeah, hope in the black community took a big hit this week. The small sun set quickly. The dying ember had been extinguished.

But then along came the Milwaukee Bucks, my old team, who announced they would boycott Game 5 of the NBA playoffs, explaining, “Despite the overwhelming plea for change, there has been no action, so our focus today cannot be on basketball.” They demanded that the Wisconsin state legislature, after months of inaction, “take up meaningful measures to address issues of police accountability, brutality and criminal justice reform.” And just like that, the ember of hope was flickering to life again.

Other NBA and WNBA teams followed. Games were postponed. That both leagues spoke out immediately was courageous, especially given the hundreds of millions of dollars involved and all the expense and effort it took to create their sports bubbles. But it wasn’t that great of surprise because 81.1% of the NBA and 88% of the WNBA are black and their families and friends don’t live in a protective bubble.

As LeBron James explained, “I know people get tired of hearing me say it, but we are scared as black people in America. Black men, black women, black kids, we are terrified.” As tired as white people may be of hearing it, black people are even more tired of living it.

For me, what really brought the hearth fire of hope back to life was the instantaneous support of other sports teams and athletes. Major League Soccer, in which only 26% of players are black, postponed five games that day, with players from two teams, Inter Miami and Atlanta United, locking arms and refusing to play. Major League Baseball, with only about 8% African American players, also joined in with players from the Milwaukee Brewers and Cincinnati Reds sitting out their games and the Seattle Mariners voted unanimously to postpone their Wednesday game. More baseball teams joined the boycott on Thursday.

In tennis, perhaps the whitest of all the sports, former US Open champion Naomi Osaka walked away from her semi-final match at the Western & Southern Open on Thursday, tweeting, “I don’t expect anything drastic to happen with me not playing, but if I can get a conversation started in a majority white sport I consider that a step in the right direction.” Professional tennis organizations USTA, ATP, and WTA issued a statement in support of her stance and postponed tournament play on Thursday. I have never been prouder of my athlete colleagues.

In the past, these mostly white sports would have taken days, even weeks, to respond, let alone join in any form of protest, especially boycotting games. When I boycotted the 1968 Olympics because of the gross racial inequities, I was met with a vicious backlash criticizing my lack of gratitude for being invited into the air-conditioned Big House where I could comfortably watch my community swelter and suffer.

For those who think this isn’t personal for elite athletes because they are highly paid, read Sterling Brown’s story in the Players’ Tribune in which he describes being confronted by police over a parking violation in 2018 that resulted in them using a stun gun on him and one officer stepping on his career-dependent ankle. Body camera video shows the police worrying about the publicity of what they’ve done, then calling their commander to inquire about receiving overtime pay while one officer sings the “money, money” lyric from the O’Jays’ For the Love of Money. What amusing scamps the police can be.

Our work is not done because, as we see on nearly a weekly basis, the threat to black lives is real and imminent. The Kenosha police have been recorded giving water to the armed civilians, many from out of town, who roamed the streets during the protests, telling them, “We appreciate you guys. We really do.” One of those appreciated was the 17-year-old kid who has been charged with killing two protestors.

The threat is exacerbated by the GOP, who have made it their mission to equate protestors with looters in order to dismiss their proven concerns. In his keynote speech at the RNC, vice-president Mike Pence commented that “in the midst of this global pandemic … we’ve seen violence and chaos in the streets of our major cities.” He’s right. But it’s been caused by the kind of racism the Trump administration has promoted.

In Pence’s speech, he told America: “Dave Patrick Underwood was an officer of the Department of Homeland Security’s Federal Protective Service, who was shot and killed during the riots in Oakland, California.” What he neglected to mention was that federal authorities say Underwood was killed by Steven Carrillo, an Air Force staff sergeant who was a member of a right-wing extremist group whose purpose is to start a race war.

It’s Los Angeles Clippers coach Doc Rivers who so powerfully expressed the feelings of most African Americans, myself included. Both our fathers were police officers, which we are proud of, though we cringe at how the systemic racism in police departments across the county tarnishes their accomplishments. “It’s amazing why we keep loving this country, and this country does not love us back,” Rivers said. “It’s really so sad … I’m so often reminded of my color … We got to do better. But we got to demand better.”

This week American athletes demanded better. And rekindled our hope in America.