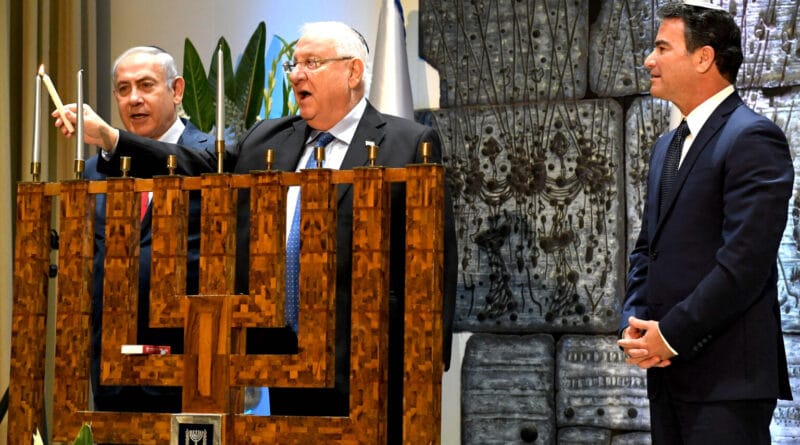 Since its inception, the Israeli intelligence agency has been a terrorist organization.

The Mossad has long enjoyed a stellar reputation in Western media and cultures; stories and movies paying tribute to the alleged brilliance of the Israeli intelligence service still proliferate and Hollywood often relies on its tales for dramatic plots.

The story of Eli Cohen (an Israeli spy who lived in Syria and who was subsequently caught and hanged—hardly the story of success and achievement) has been told in books and movies in many languages. But as the CIA director under Carter, Stansfield Turner, once told ABC News: the Mossad is an average intelligence agency with an outstanding PR service.

Western media often willingly produce stories that are entirely based on Mossad claims without always providing evidence for those claims.  It is true, early in the history of the Israeli occupation state, the agency played a role in buying off Arab politicians and journalists and succeeded in infiltrating PLO organizations. But the Mossad is also a murderous, terrorist organization and has, since its very inception, disregarded Arab lives and never bothered to distinguish between Arab civilians and combatants.

We now know from Ronen Bergman’s 2018 book Rise and Kill First, The Secret History of Israel’s Targeted Assassinations, that Israeli intelligence ran a terrorist network in Lebanon using booby-trapped cars, trucks and even donkeys to kill Arabs in the name of a fictitious Lebanese organization, the Front for the Liberation of Lebanon from Foreigners.

Many Arab tyrants, especially those who were not invested at all in the Arab-Israeli conflict, found the Mossad useful.  Israel was able to seduce them with its fantastic exaggeration about its alleged successes.  In reality, from the very inception of the Zionist Movement, the agency in charge of spying and dealing with Arabs (the Jewish Agency) had at its disposal a huge advantage in foreign currencies.  Arab leaders were bought off on the cheap.

It was not skill or deep insights into the Arab culture which gave the Mossad its early advantage. Instead, it was money and the utter incompetence of the intelligence services of Arab countries—many of which were run by Western powers—that made its job easier.

Monarchies soft targets
We are not sure about the early penetration of Mossad into Arab politics but clearly the monarchies were far easier to penetrate than the military regimes which kept vigilance against Israeli intelligence encroachment. It was reported at the time that the agency did not have a single asset inside Saddam’s Iraq at the time of the Gulf wars (in 1991 and in 2003), despite close relations with the Kurdish parties in the North.

Similarly, Gamal Abdel Nasser’s Egypt was not penetrated by Israeli operatives; an early attempt in the 1950s to recruit local Jewish individuals to engage in sabotage (against Western interests no less) was discovered and dealt with by the regime. Israel sternly denied any involvement, and the Israeli lies later became catalogued under the false-flag “Lavon Affair“—named after the Israeli minister of defense at the time.

Much was made about Nasser’s son-in-law, Ashraf Marwan (who Israel claims was its spy), but he did not hold any senior post under Nasser. His political role grew under Nasser’s opposite, Anwar Sadat.  Marwan was a walk-in—even according to Israeli tales—and was not the product of some ingenious Mossad operation. He volunteered his services for which he was compensated handsomely.

We don’t know of the ways in which Mossad cooperated early on with Arab tyrants, but some countries appeared to be more hospitable to its services than others. The spy agency had a big advantage in that many Israelis hold dual citizenship and could enter into Arab countries using non-Israeli passports. Lebanon was possibly the most open country to its operatives followed by Morocco, where the king secretly kept close ties with the Israeli government.

Mossad collaborated with the Moroccan intelligence service, and we know now that Israel was instrumental in the kidnapping and murder of Moroccan opposition leader Mahdi ben Barka in 1965.  Such close collaboration between an Arab government and Israel was not rare, as the Saudi government also sought Israeli help in the Yemen war of the 1960s.

Lebanese playground
The signing of peace accords between Arab governments and Israel in 2020 has opened more doors to the Mossad.  Egypt and Jordan were the first Arab governments to sign peace treaties with Israel, but Lebanon during the civil war years was an open playground for Israeli operatives.

They were so involved in the Lebanese civil war that it had a special building as its headquarters in East Beirut (George Freiha tells the story of constructing a mansion for the Mossad in East Beirut in his book, Ma’a Bashir).

The Israeli intelligence agency has been heavily involved in every civil war and regional conflict in the Middle East since 1948: from the Kurdish rebellion in Iraq, to the Omani rebellion in Dhofar, to the Western Sahara, South Sudan, the Lebanese civil war, Black September in Jordan in 1970, and the recent Syrian war (bombing of the port of Latakia last week, for instance).

The Mossad’s role has expanded greatly in recent years as the UAE and Saudi regimes constructed close ties with the government of Benjamin Netanyahu. It was able to quickly dazzle Gulf despots with Israeli military espionage technology. The recent scandal about Pegasus shows the way that Mossad can be useful (as it has been to Moroccan rulers) against opposition and dissidents.

The UAE now has the most extensive citizen-monitoring system ever constructed in the history of Arab intelligence services. Not even the Ba’th governments in Syria and Iraq were able to establish a tight totalitarian control-and-watch system like the one in the UAE (which relied on Israeli assistance and technology and retired American intelligence experts to build a smaller version of the NSA).

Arab repression, especially in the Gulf, now carries the fingerprints of Israeli intelligence.

There is room for the relationship between the Mossad and Arab tyrants to grow; they share so much in common. The agency is willing to protect tyrants from their opposition and dissidents and can track and kill opponents of a regime. It did just that in the past.

Furthermore, Mossad can train and equip the top guardians of the ruler. Israeli technology is being used by Arab tyrants, not only against dissidents and critics but also against members of rulers’ families, as was revealed in the case of Dubai ruler, Muhammad bin Rashid.

The Mossad receive tremendous benefits from those tyrants: they can be paid lucrative amounts of money in return for the services of murder and surveillance. There are clearly joint operations underway and Mossad’s murder of Hamas leader Mahmoud Mabhouh could not have been done without direct UAE regime cooperation and acquiescence. (Of course, the clumsiness of the operation forced the regime to expose it, possibly due to the exuberance of the Dubai police chief).

Bigger role to come
Mossad will be playing an increasingly larger role in Arab politics: it can provide not only lethal weapons but also dirty tricks, passing information about the private lives of despots’ enemies or even troublesome members of their families. Furthermore, the agency can provide training and sponsorship of Arab intelligence services: it is highly likely that Saudi, UAE, and Bahraini intelligence services are following in the footsteps of Moroccan intelligence in obtaining Mossad sponsorship and assistance.

Netanyahu even used the service as the official liaison with Arab tyrants, who he knew are highly impressed with the largely mythical reputation of the intelligence service. Israel has invested heavily in exaggerating its exploits for Arab and Western audiences (for different reasons). That Mossad was Netanyahu’s favorite channel to Arab despots underlines the services that Netanyahu was willing to provide in return for official recognition and cooperation.

As a result, Arab tyrants are held hostage to Mossad disinformation when it comes to the Iranian “threat”—a theme that the US and Israel have invested heavily in promoting in the Middle East and around the world.

Israel and the US have also heavily invested in the preservation of the Arab tyrannical order. Only by keeping that order can Israel dream of continuing its normalization process with various Arab capitals. The Mossad will be crucial in that mission.

The Arab people have made their detestation for Israel clear and the agency will be needed to assist Arab despots to track and possibly kill champions of the Palestinian cause in the Arab world. When Western media talk about the lack of democracy among Arabs, they too are being influenced by US-Israeli propaganda that favors an “Orientalist” explanation of Arab politics—because the reality of oppression carries evidence of US-Israeli complicity.

As’ad AbuKhalil is a Lebanese-American professor of political science at California State University, Stanislaus. He is the author of the Historical Dictionary of Lebanon (1998), Bin Laden, Islam and America’s New War on Terrorism (2002), and The Battle for Saudi Arabia (2004).