Despite Western media and politicians labelling the Nicaraguan general election a “sham” and “parody,” citizens turned out in large numbers to cast their votes on Sunday, and also to show they reject foreign meddling.

According to preliminary results, over 65 percent of voters turned out, 75 percent of whom cast their ballots on November 7 for Sandinista leader Daniel Ortega, securing him a fourth consecutive presidential term.

For many Nicaraguans, especially the poor and working people, the choice is an obvious one. The Sandinistas have led this country to its greatest victories, defeating the brutal US-backed dictator Anastasio Somoza in 1979, instituting the first free and fair elections in Nicaragua in 1984, and defeating the US-backed Contra, who terrorized this country through the 1980s.

Since retaking office in 2007 after 17 years of neo-liberal rule which neglected the well-being of the vast majority of the Nicaraguan people, the Sandinistas have built a vibrant economy, created free education and health systems for all, and invested hundreds of millions of dollars in infrastructure. 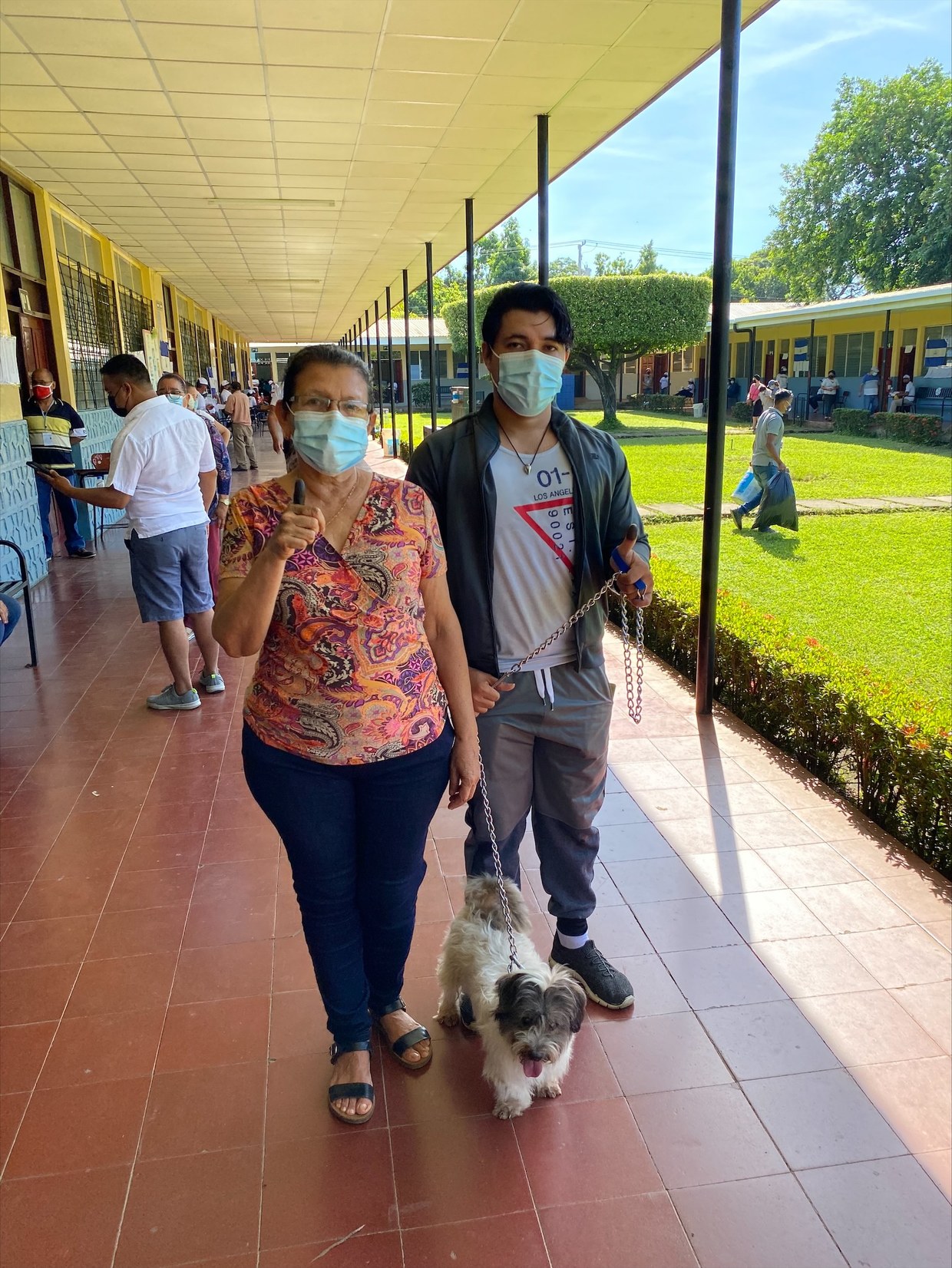 And so, not surprisingly, 77.5% of Nicaraguans polled a few days before the election agreed “that for Nicaragua to advance socially and economically,”, the Sandinista National Liberation Front (FSLN) should govern the country, while 74.6% believe that the country would be better off with a Sandinista government. In addition, “91.8% of Nicaraguans agree with President Daniel Ortega’s proposals on unity to be stronger and defeat poverty.”

The strong support for President Ortega’s “proposals on unity to be stronger” is telling, for it seems to show approval of recent measures taken by the government against a number of people accused of helping orchestrate and/or support, often with US financing and other support, the violent insurrection of 2018 which cost the lives of at least 200 Nicaraguans.

Meanwhile, a poll back in August showed that “76.8 percent [of Nicaraguans] considered that there is respect for fundamental rights and the promotion of equal opportunities without discrimination.”

The aforementioned poll numbers are consistent with what I witnessed during my time here in Nicaragua as an official election observer. I was posted with a number of other observers in Chinandega, northwest Nicaragua, on the Pacific coast. There, I witnessed individuals and whole families, almost all from modest backgrounds, come to the polls to vote in an election which certainly mattered to them. Many came dressed in their Sunday best.

I saw many elderly people who could barely walk show up to the polls, often with the help of a family member. One woman was carried up the stairs in a wheelchair by four other people so she could vote. In other words, a number of people took great pains to vote. Some voters proudly showed us their thumbs stamped with purple ink, indicating that they had already voted. At one of the four polling areas we visited, there was a festival-like atmosphere, with people selling food and drinks, and voters cheerfully mingling both inside and outside the polling area. 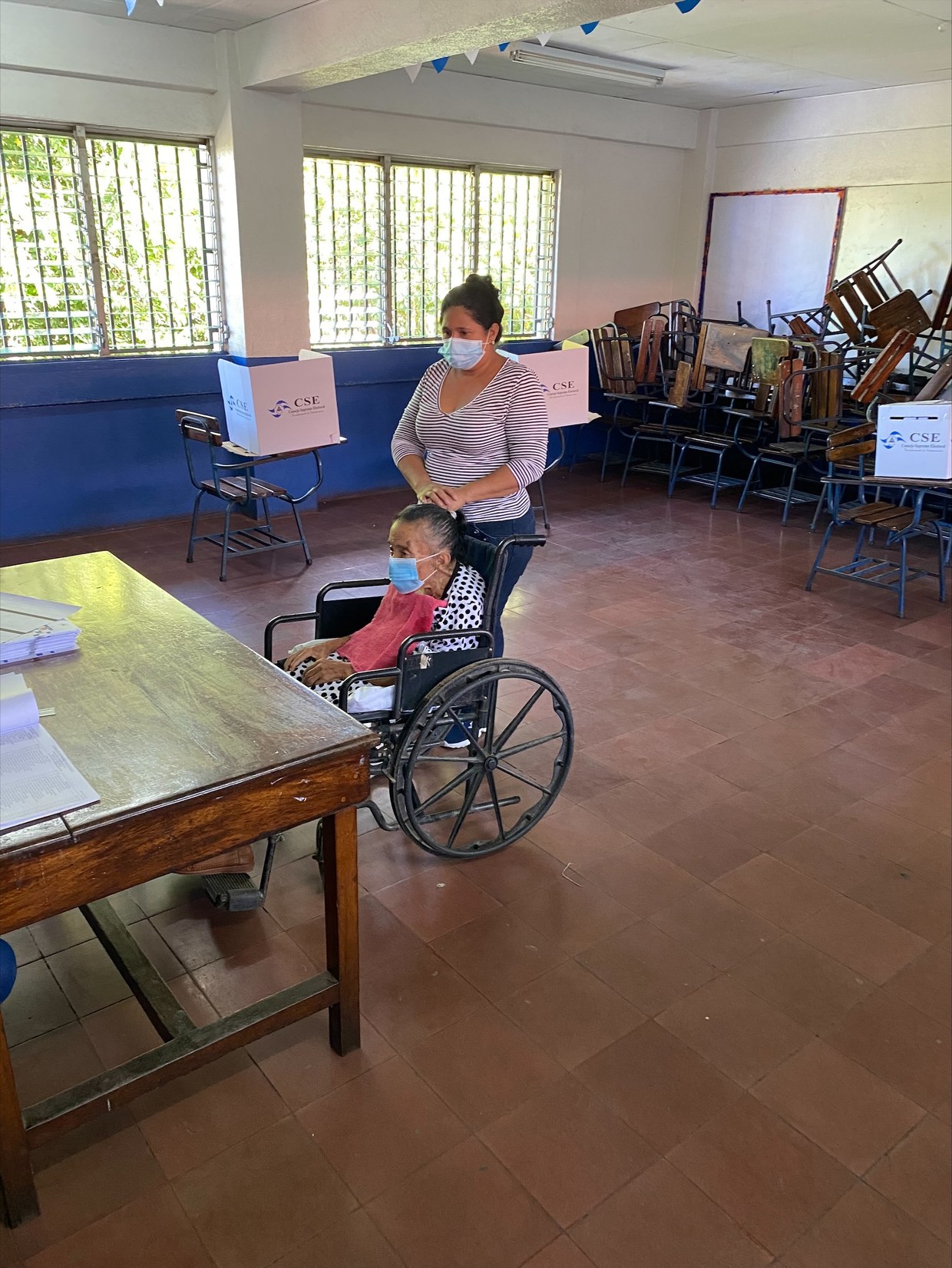 At least from what I saw, the Nicaraguan people believe in their government and their electoral system. And one of the things they believe in is the government’s right, and indeed duty, to protect the country and its sovereignty from outside intervention, and in particular the incessant intervention by the US, which has been interfering in Nicaragua — often through local quislings — in quite destructive ways for over a century.

While the Western press pretends that such US meddling never happened, and while most Americans either never knew or forgot that it ever took place, the Nicaraguan people are painfully aware of this reality. They are going to resist this interference with all their might. And indeed, Sunday’s vote was as much about rejecting this foreign meddling as about anything else. This is why the US government and media are so apoplectic about it.