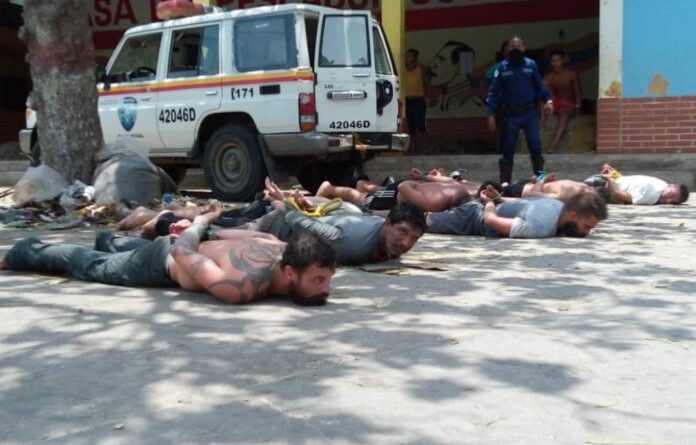 On Tuesday, May 3, the two year anniversary of Operation Negro Primero, which defeated the coup and assassination attempt Operation Gideon, was commemorated in La Guaira state, Venezuela. A ceremony was held in La Guaira, attended by the first vice president of the United Socialist Party of Venezuela (PSUV), Diosdado Cabello, as well as local civil and military authorities and members of the PSUV National Directorate.

During the ceremony, Cabello said, “This Revolution will live as long as we remain united in our struggles. Unity is the greatest guarantee of victories.”

The Minister for the Interior, Justice, and Peace, Remigio Ceballos wrote on Twitter, “The Bolivarian strategy at the command of the Chief of the Army Nicolás Maduro, put an end to the attempted invasion by sea, perpetrated by traitors and led by the violent Venezuelan opposition with foreign aid. This was defeated by the people in arms (Militia), in a police, military and civic union!”

During May 3-4, 2020, Venezuelan counteroffensive Operation Negro Primero frustrated Operation Gideon (also knows as Macutazo), a mercenary incursion orchestrated by the Venezuelan opposition, in conjunction with US and Colombian government, with the aim of assassinating President Nicolás Maduro and overthrowing the government of Venezuela.