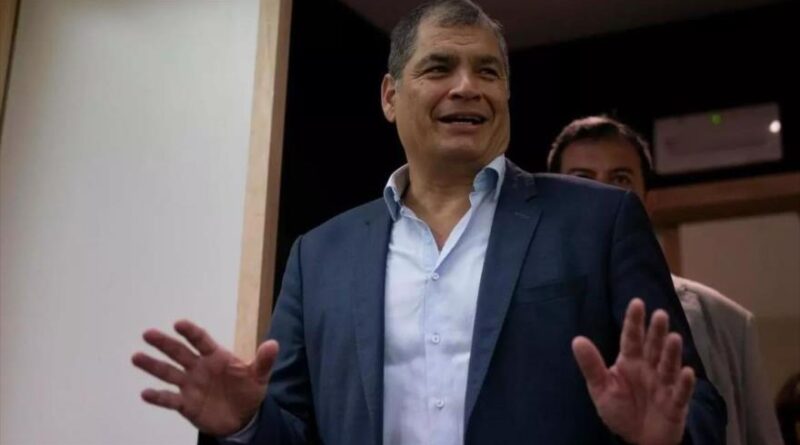 “It is reported that in the 113th session, the case of Rafael Correa Delgado was studied and it was determined that it is inappropriate to effect cooperation within the universal spirit of human rights,” reported the File Control Commission of the International Criminal Police Organization, (Interpol), through a statement published on Friday, in response to a request from the Ecuador Interpol Office to update Correa’s information.

The note highlights that the General Secretary of Interpol “deleted” the information of the former president, confirming that the request of the government of Ecuador, led by Lenin Moreno, against Correa, constitutes a form of political persecution.

For his part, the Ecuadorian ex-president, through the social network Twitter, has echoed the decision of Interpol and has stressed that the authorities of the Moreno government “at the international level only make fools of themselves . . . It’s a shame about the damage they cause,” he said.

“Who is going to lend themselves internationally to persecute a former president accused of ‘psychic influence’ and having lent $ 6000?” asks Correa, later adding that “corrupt Ecuadorian judges” must therefore respond for the abuse against innocent people persecuted in the South American country.

The appeals court of the National Court of Justice of Ecuador ratified on Monday a sentence of eight years in prison against Correa and 20 former officials in the case of alleged irregularities in hiring.

Correa is accused of having received financial contributions from multinational companies, including the Brazilian Odebrecht, for his presidential campaign by the Alianza País (AP) movement, between November 2013 and February 2014.