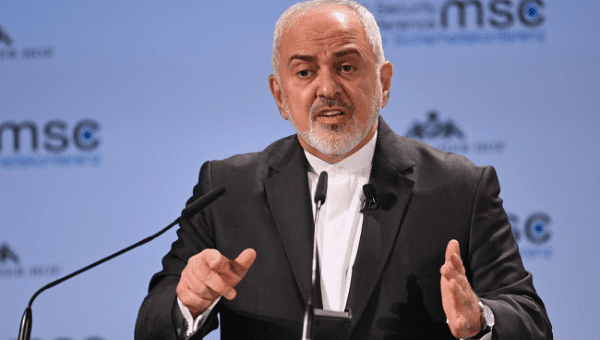 The men were executed “for adopting terrorist and extremist thinking and for forming terrorist cells to corrupt and destabilize security,” a statement by the official Saudi Press Agency (SPA) said this week.

Among the victims were 11 men who were convicted of spying for Iran.

“After a wink at the dismembering of a journalist, not a whisper from the Trump administration when Saudi Arabia beheads 37 men in one day – even crucifying one two days after Easter,” Zarif said on Twitter, referring to the killing of Saudi journalist Jamal Khashoggi at the hands of Saudi agents in October.

“Membership of the #B_team – Bolton, Bin Salman, Bin Zayed & “Bibi” – give immunity for any crime,” Zarif added, referring to leaders and officials in the U.S., Saudi Arabia, the United Arab Emirates and Israel.

After a wink at the dismembering of a journalist, not a whisper from the Trump administration when Saudi Arabia beheads 37 men in one day—even crucifying one two days after Easter. Membership in the #B_team —Bolton, Bin Salman, Bin Zayed & “Bibi”— gives immunity for any crime. pic.twitter.com/GgtfOqowGq

Diplomatic relations have deteriorated between the U.S. and Iran since Trump took office. Most recently, eliminated all waivers issued to eight governments that had allowed them to buy Iranian oil without facing U.S. sanctions.

Over the past month Iran added the U.S. Armed Forces in the Middle East to their terrorist list after the Trump administration declared Iran’s Islamic Revolutionary Guard Corps (IRGC) forces as a terrorist entity.

Since the beginning of the year, at least 104 people have been executed by Saudi Arabia, and 149 were killed in 2018.