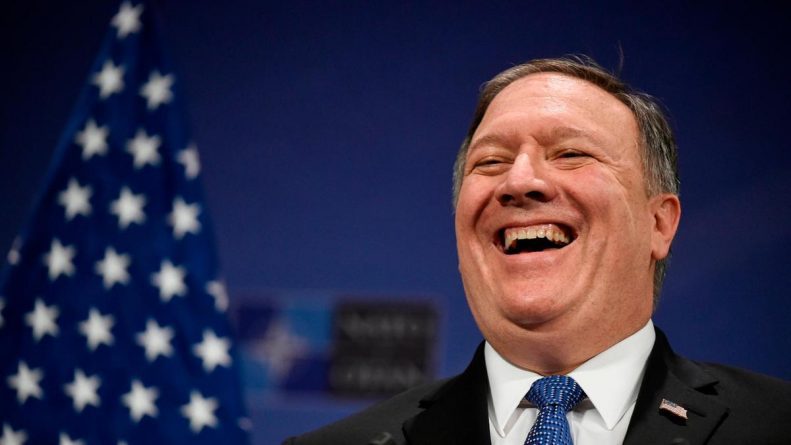 “We call on Iran, and all countries, to respect the free flow of energy and commerce, and freedom of navigation.”

The United States is calling on Iran to “respect the free flow of energy and commerce” and avoid closing the Strait of Hormuz in the Persian Gulf region.

“We call on Iran, and all countries, to respect the free flow of energy and commerce, and freedom of navigation” in the straits, a U.S. State Department official stated on Tuesday.

The State Department’s plea comes a day after Secretary of State Mike Pompeo announced that the U.S. would be cancelling their Iranian oil purchase waiver, which was used by five countries, including India, China, Turkey, Japan, and South Korea.

The naval commander of Iran’s Islamic Revolutionary Guard Corps has responded to the U.S.’ move by threatening to close the Strait of Hormuz.

If Iran were to close the Strait of Hormuz, this would likely cause a major conflict with the United States because their largest naval base in the Middle East is located near the waterway in the small Gulf nation of Bahrain.

The move to cancel waivers may have a sudden impact on the U.S. economy if their allies like Saudi Arabia and the United Arab Emirates do not make up the difference.

Gasoline pump prices have already jumped about 25% this year, the fastest rate in three years. Trump administration sanctions againstIranian crude oil exports had something to do with that, and this week’s move to tighten sanctions could soon send prices even higher.

Crude oil prices hit their highest in about six months on Tuesday. Some analysts expect the national average pump price, currently near $2.85 a gallon, will climb above $3 a gallon for the first time since 2014. Few goods prices aggravate U.S. consumers as much as high gasoline prices.

“It’s an important part of consumers’ psyche,” Mark Zandi, chief economist at Moody’s Analytics, said of a further rise in energy prices. “They live with it everyday.”

Zandi and other analysts said higher gasoline prices would irritate U.S. motorists heading into the summer driving season, but they do not think a moderate fuel price hike would force people to cut spending in other areas. For now, consumer spending has remained resilient, with wages growing in a tight job market. Average hourly earnings in the private sector are rising at roughly 3.2% year over year, the strongest in a decade.