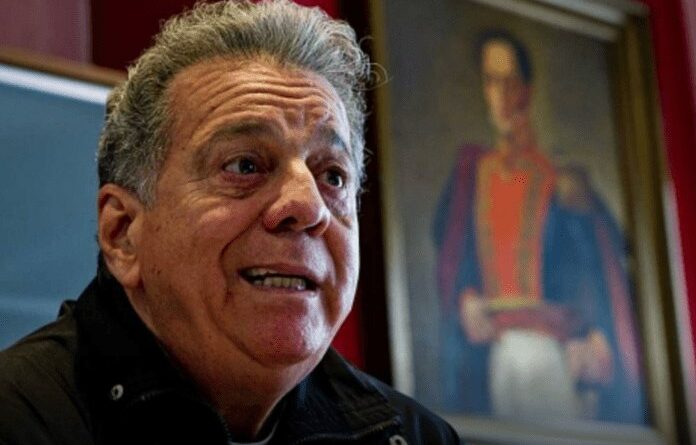 Isaías Rodríguez, former attorney general and former vice president of Venezuela, warned that with the intervention of the Electoral Chamber of the Supreme Court in the Barinas governorship case, Venezuela may lose the credibility that it has been able to build though the elections, both nationally and internationally.

In the opinion of Rodríguez, who was also a member of the constituent assemblies of 1999 and 2017, the Electoral Chamber does not have competence to decide on an electoral result such as that of Barinas, since it is a matter that should be decided by the Constitutional Court.

“I speak fundamentally as a jurist and as a person absolutely committed to the political process in which I believe and from which I have not separated nor am I going to separate,” said Rodríguez, “but it is necessary for someone to show some common sense at this moment. That is why I propose an institutional way to solve this serious problem.”

He added that if a person (in this case, opposition candidate Freddy Superlano) was disqualified, the National Electoral Council (CNE) should have made it clear  beforehand. “It cannot be declared a posteriori, after the disqualified candidate apparently won,” stressed Rodríguez. “The poll result is unknown, but I abide by what the Electoral Chamber itself says. It seems serious to me that institutions would interfere in a problem that has national and international significance and that they could be unaware, in those institutions, of the scope of their decisions.”

Rodríguez wished to make a “very affectionate call with great respect to President Maduro himself because it seems to me that he is not been well advised.” In his opinion, there was no bad intention in the advice that the president may have received, “just omissions, recklessness and a fear of telling the truth. I believe that this must be reconsidered.”

The former attorney general expressed that one of the alternatives may be a request of the Constitutional Court to review the decision of the Electoral Chamber. “This is provided for in the 1999 Constitution,” he stated. “This would be a legal solution to a problem that has both legal and political aspects, but the political is involved in the legal and that is absolutely delicate.”

Credibility in jeopardy
“We have set an example to the world that we are capable of solving our internal affairs through the electoral route,” stated Rodríguez. “The CNE has proven to be an absolutely trustworthy body to everyone, except some clearly biased opinions from the United States and the European Union. This election has given us a fairly clear idea that the CNE is trustworthy. The results are there. It is clear that the government and the PSUV won the majority of the governorships and the opposition obtained the majority of the votes at the national level, but due to their lack of unity, it did not bring them a better result. That is clearly expressed by the figures given by the CNE. The results are transparent, and we must take care of that transparency. An interference from a chamber of the Supreme Court, which may have acted recklessly, I have no other word to describe it—this may harm the credibility that we have earned nationally and internationally.”

Rodríguez also deplored opposition leader Henrique Capriles Radonski’s attitude, who has questioned the credibility of the entire Supreme Court. “That is outrageous on the part of the opposition,” denounced Rodríguez. “That is an aggressive response, very similar to the one that Capriles had when he lost the 2013 election to Nicolás Maduro and called for a rebellion in the country. It is very dangerous,” he warned.

President Maduro could act
Beyond the legal solution that Rodríguez proposes, he believes that, from a political point of view, “President Maduro, in whom I have great confidence, can help resolve this very delicate situation.”

On how the president could intervene, Rodríguez responded that, for the good of the institutions, the opposition and the PSUV, “the president as such must speak. At this moment he is beyond good and evil and can demonstrate once again his great sense and ability as a statesman.”

Risk of violence
Rodríguez is also highly concerned about the effects that this conflict could unleash. “The confrontation has started in Barinas and has the legitimacy of the protest on its side,” he opined. “The voters who voted in Barinas, from all over the state, are going to assume an attitude that may lead to tensions in the region, and then it will multiply because tempers will get heated. There is a half defeat and a half victory for each sector, and these types of situations generate confrontation.”

Rodríguez also emphasized that this tense climate hinders hope of solving the problems through electoral channels. “The opposition has understood that the conflict cannot be resolved through invasions or external means, and that improvements were achieved by President Maduro with his negotiation and conciliation capacities,” added Rodríguez. “Maduro has restored  the credibility of Venezuela’s political processes, but there may be a setback with the Barinas conflict, which will not be only in Barinas because the opposition is going to extend it with a very real objective: to delcare that they obtained a majority of votes in the country. That is to say, that they are going to argue that they have the legitimacy to defend the results.”

Rodríguez added that the situation “may even be a way to unify the opposition, despite all its differences, and thus generate a polarization that can lead to other things, including the danger of civil war.”