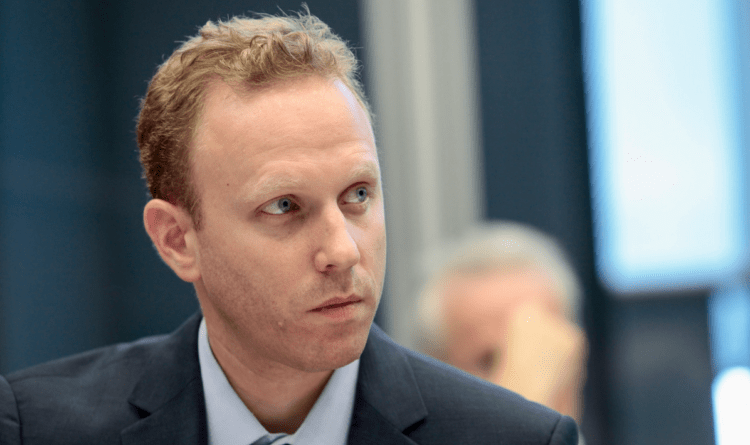 Journalist Max Blumenthal was arrested on October 25 and charged with “assault” in a political case that he says is “completely false” and “manufactured” by Venezuela opposition supporters.

From April to May, supporters of Juan Guaido’s attempted coup in Venezuela surrounded the Venezuela embassy in Washington, D.C. They engaged in verbal and physical assaults that authorities largely permitted.

Blumenthal, the editor of The Grayzone, reported on antiwar and international solidarity activists, who attempted to protect the embassy from the right-wing opposition.

According to Grayzone reporter Ben Norton, “A team of D.C. police officers appeared at Blumenthal’s door at just after 9 AM, demanding entry and threatening to break his door down. A number of officers had taken positions on the side of his home as though they were prepared for a SWAT-style raid.”

“Blumenthal was hauled into a police van and ultimately taken to D.C. central jail, where he was held for two days in various cells and cages,” Norton additionally reported. “He was shackled by his hands and ankles for over five hours in one such cage along with other inmates. His request for a phone call was denied by D.C. police and corrections officers, effectively denying him access to the outside world.”

The “assault” charge filed against Blumenthal stemmed from an alleged incident on May 7 that happened more than five months ago.

Naylet Pacheco, a 58 year-old opposition supporter, told police she was “guarding” the Venezuela embassy’s rear gate. She was one of several individuals who tried to prevent food and water from being delivered to activists inside the embassy.

She apparently described Code Pink as the “activist group that support(s) Venezuelan President and [was] living illegally in the Venezuela embassy.”

One of the opposition supporters allegedly recorded video of Pacheco’s supposed attackers as they left. Police maintain Pacheco was able to “positively identify” Rubinstein and Blumenthal from the video.

Pacheco went to the George Washington University Hospital on May 8, but an x-ray and CT scan found no broken bones or internal bleeding.

The Washington Post published a story on May 9 that mentioned the alleged incident and quoted Pacheco. Pacheco told the Post something different. She said she was “pushed against a wall and kicked by several men.” There is no mention of being kicked in the stomach.

A quote from Pacheco that the Post published was translated from Spanish. She required a Spanish translator when she provided her account of the alleged incident to police. It is unclear if she understands or speaks English.

Ben Rubinstein told The Grayzone, “The opposition members made up these lies about Max, and I know they’re lying, and they are obviously using the government and police as tools to get revenge.”

He was charged with “assault” on May 9, and his case is still pending in the D.C. Superior Court.

Brian Becker, who is the national director of the antiwar ANSWER Coalition, was present at the Venezuela embassy to support the embassy protectors. He witnessed the conduct of opposition supporters in response to the solidarity activism of Code Pink and other groups and provided some context.

Embassy protectors were in “the Venezuelan embassy, which is the property of Venezuela, the legal owner of the building. We were there holding events in solidarity with peace and in opposition to the economic sanctions imposed on Venezuela and the attempt to steal Venezuelan national assets, including its embassy, and turn them over to an unelected group that the United States had selected to be the new governing power in Venezuela,” according to Becker.

“This went on at all hours of the day and night with the obvious support and complicity of different U.S. government and law enforcement agencies, including the U.S. State Department police agencies.”

“While they were engaged in these violent assaults who had come up to stand with and support people who were inside the Venezuelan embassy, they also did everything in their power to prevent any food from being brought in from the outside to the people who were then living inside the embassy,” Becker further contended.

Alex Rubinstein tweeted, “As I was besieged in the Venezuelan embassy, my brother was arrested over bogus accusations he savagely beat an elderly woman while trying to deliver food. I knew then that it was a political prosecution. Now journalist Max Blumenthal has been arrested over the same fake incident.”

“We join Blumenthal in noting that his arrest took place hours after The Grayzone issued a report on USAID funding to lobbyists for the Venezuelan opposition,” the NLG IC stated. “It also appears to be a form of retaliation practiced against both embassy protection activists and critical journalists for their opposition to the U.S.’ unlawful intervention in Venezuela, support for an attempted coup, and unilateral coercive economic sanctions directed against the country.”

Indeed, in a story by Leonardo Flores, The Grayzone reported that USAID diverted $41.9 million from aid to Central America in order to pay the salaries of Juan Guaido’s team of lobbyists working to influence U.S. foreign policy.

The NLG IC continued, “The arrest of Blumenthal is also not separate from the global policies of sanctions, suppression and regime change being pursued by the U.S. government. Unilateral coercive measures, prohibited under international law, are being imposed by the U.S. against Venezuela, Cuba, Iran, Nicaragua and other nations.

“They represent a grave risk to both national sovereignty and the international rule of law, and by imposing poverty and deprivation on entire countries, deprive millions of people of their fundamental economic and social human rights.”