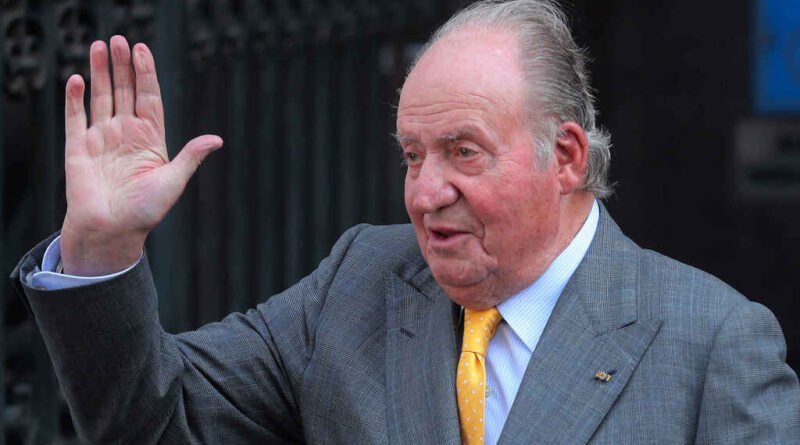 The decision of the emeritus monarch to leave Spain was announced from the Palacio de Zarzuela on Monday after details of his opaque fortune have been coming to light for weeks. Juan Carlos I does not deny the facts that he attributes to his private life nor does he renounce his title.

King emeritus Juan Carlos I, surrounded by corruption scandals, fled Spain. This Monday, his already executed decision to leave the country was formally reported. “It is a decision that I take with deep feeling, but with great serenity,” he explained in a statement that came to light this Monday after weeks in which numerous details of the opaque fortune of the former chief of state have been revealed. The emeritus is already outside of Spain, although the country in which he will reside has not yet been disclosed from the monarchical headquarters, for now.

Juan Carlos I has justified his decision to “contribute to facilitating the exercise” of his son’s functions as head of state “in the face of the public repercussions that certain past events are generating ” in his private life, which he does not deny in the statement. But the truth is that the emeritus has left the country surrounded by scandals, one step away from the bench and after weeks of dirty laundry from his past coming to light. Zarzuela has also reported that Felipe VI has received this news with “heartfelt respect and gratitude.”

Numerous details of the shadowy businesses of the emeritus during his reign have splashed onto the Royal House in recent days. Illustrative of these is that it has been known that Juan Carlos I put thousands of euros into airline tickets in Spain and had a money counting machine in Zarzuela.

Currently, the name of his ex-lover Corinna Larsen has also appeared, from whom Juan Carlos I claimed 65 million euros after abdicating and who has been summoned to testify by the judge of the Villarejo Case. Larsen said about the emeritus that he is “dying to have the money”, as he confessed in 2016 to the retired commissioner José Manuel Villarejo.

However, despite this last move, Juan Carlos I already refused to give up his title of king emeritus as Zarzuela intended. For its part, the government is silent on whether it will revoke that decision with a decree.

The king’s scandals
Juan Carlos I is the only European monarch splashed directly by corruption cases. The Supreme Prosecutor’s Office is awaiting evidence of an alleged crime of aggravated money laundering by the King Emeritus for the alleged crimes related to payments after the award to Spanish companies of the works of the AVE to Mecca. The inviolability that the emeritus enjoyed until June 19, 2014, the date of his abdication, makes the crimes, if they existed, be calculated from his resignation to the throne because before they were unimpeachable.

In this case, the Public Ministry is waiting to receive the documentation from the canton of Geneva prosecutor, Yves Bertossa, to determine the scope of a criminal investigation since it has been a Swiss prosecutor who has gathered evidence of an alleged crime.

In addition, the Swiss prosecutor is also investigating a transfer of 3.5 million from the account of King Juan Carlos to the tax haven of the Bahamas from which the main recipient of the money would have been Corinna Larsen. The account of King Juan Carlos in Switzerland was opened in 2008 and closed in 2012, after the accident in Botswana and the hardest years of the crisis, when the emeritus drew 100,000 euros a month from his secret fortune and in 2010 alone drew 1.5 million.

This account in Switzerland was created by the wealth manager Arturo Fasana and the Swiss lawyer Dante Canonica after the commission of Juan Carlos I, who asked that they create “a structure” to hide from the Treasury an “important donation” that he was going to receive from the king of Saudi Arabia and that, finally, was 100 million dollars. A donation for which the Treasury technicians estimate that Juan Carlos I should have paid 52 million euros to the Treasury. Thus, the proceedings of the Supreme Prosecutor’s Office also include an investigation to determine if the head of the state failed to fulfill his fiscal obligations.