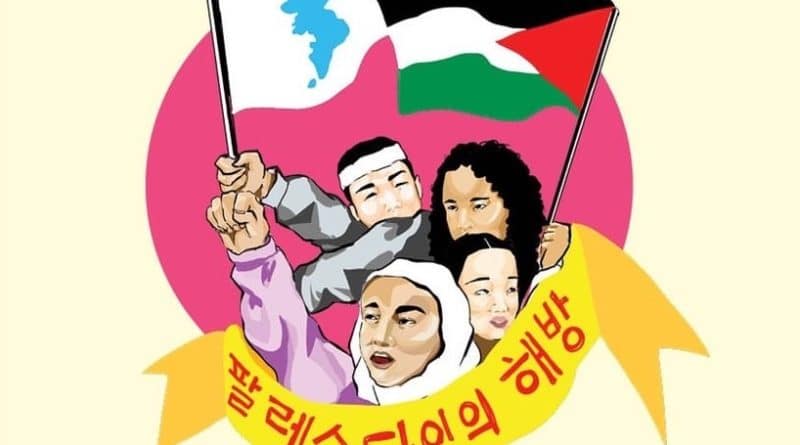 We, Korean people and people of the Korean diaspora, unequivocally oppose the “Deal of the Century.” This so-called deal represents a continuation of US-Israeli policy to further entrench the occupation of Palestine and erode the sovereignty of the Palestinian people. The deal is a unilateral decision that was birthed without any input from the Palestinian people.

We support the liberation of Palestine and the Palestinian right of return, neither of which are included in the Deal of the Century. People across the world, from Palestine to Korea, are terrorized by US imperialism and its military occupation. There can never be true sovereignty under US hegemony.

In addition, we demand that the South Korean government end its military relations with Israel. South Korea and Israel have engaged in arms trade and invested in defense upgrades, joint ventures, and co-production since opening their respective embassies in the early 1990s. As an example, in 2011, Republic of Korea closed a $43 million arms deal, and in June 2012, Elbit Systems, an Israeli defense electronics company, secured a $62 million contract with the Republic of Korea Air Force. We condemn South Korea’s past and current involvement in arms trade with Israel, which is a direct statement of support for US-Israel’s occupation of Palestine.

We call on our fellow Koreans worldwide to extend solidarity with Palestinians everywhere, support the Palestinian right of return, and denounce settler-colonialism. Until our lands are liberated from the hands of US military occupation from Palestine to Korea to Turtle Island, we remain committed to fighting the settler-colonialist occupation further perpetrated by the “Deal of the Century” and all forms of settler colonialism.