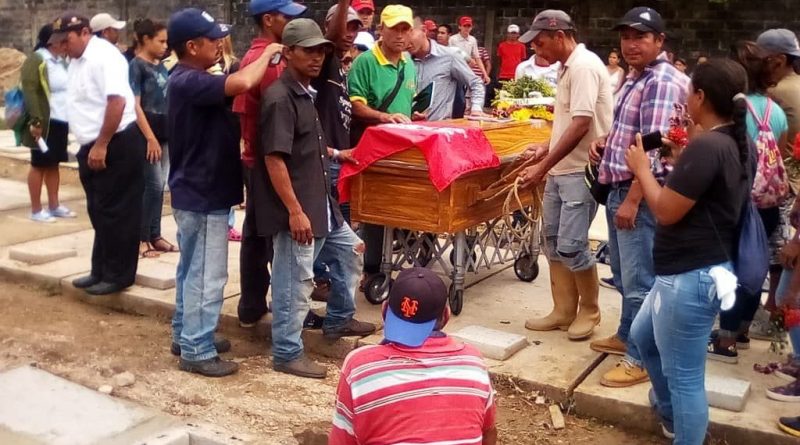 La Via Campesina, the international peasant movement that brings together 200 million members in hundreds of social movements throughout Africa, Asia, Europe and the Americas denounces to the entire world the BARINAS MASSACRE (Ticoporo) which took place on July 27, 2019. In it, six militants of our movement in the Bolivarian Republic of Venezuela, including a pregnant comrade, were ruthlessly assassinated by mercenaries suspected to be linked to right-wing landholders. The hybrid war being waged against the Bolivarian Revolution must end immediately and the right of the Venezuelan people to live in peace must be respected.

We add our voice to that of the Frente Nacional Campesino Ezequiel Zamora (FNCEZ), its Corriente Revolucionaria Bolívar y Zamora (CRBZ) and Brigadas de Defensa Popular Hugo Chávez (BDP), insisting on a rapid and effective investigation that clarifies the facts and holds both the material and intellectual culprits responsible for their heinous crime. In these moments of grief and resistance, we express our full solidarity with the great people of Venezuela and their popular organizations in struggle.