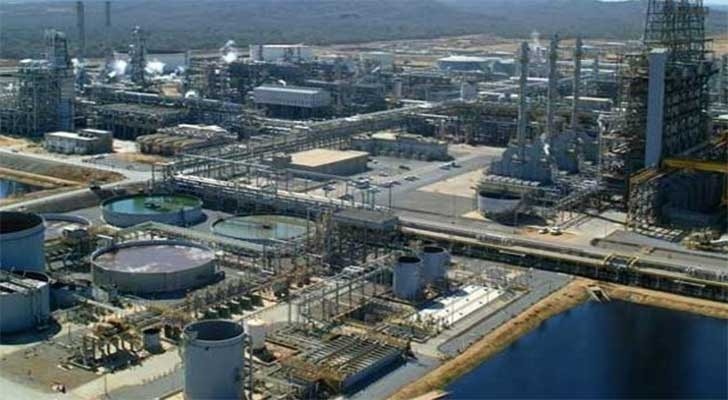 Oil giant Chevron has also been granted a 90-day waiver by the Treasury Department to continue its Venezuela operations.

Petropiar facilities in Anzoategui State are part-owned by US oil giant Chevron and used to produce 210,000 barrels per day (bpd) of exportable “synthetic” crude extracted from Venezuela’s Orinoco Belt. The joint company is now expected to produce 130,000 bpd of so-called Merey 16 crude.

Following the oil embargo imposed by the Treasury Department in January, Venezuela lost access to US refiners, the main destination for its extra-heavy Orinoco crude. PDVSA struggled to find new buyers and has been working to convert its crude upgraders into blending facilities to produce exportable grades favored by other markets.

S&P Global Platts reported that PDVSA is set to halt production of Orinoco synthetic crude in August, quoting an internal report from the company and adding that Venezuela could be headed for another fall in its oil output.

Merey 16 is a blend of extra heavy crude from the Orinoco Belt with diluents and will become Venezuela’s main export. However, plans to convert production are hampered by US sanctions which have made importing diluents increasingly difficult and contributed to fuel shortages across the country.

PDVSA’s announcement coincided with Chevron and four other petroleum services companies being granted last-minute 90 day extensions on their sanctions waivers, following months of lobbying the Trump administration. The companies had been given six months to wind down their Venezuela operations in late January.

According to Bloomberg, the extension was opposed by other agencies and is unlikely to be renewed. Chevron currently receives a supply of about 40,000 bpd out of its joint ventures with PDVSA.

Chevron’s extension comes as the dollar value of Venezuela’s exports plunged to their lowest historical value at US $1.11 billion in May, according to Torino Capital. The figure, which is overwhelmingly comprised by oil sales, marks a 36.9 percent decline relative to April and a 52 percent fall from January when the Trump administration announced its oil embargo. Venezuela’s oil output has continually fallen as a result of underinvestment, lack of maintenance, and successive rounds of US sanctions, dropping from an average of 1.911 million barrels per day (bpd) in 2017 to 1.354 million in 2018 following US financial sanctions in August 2017.

Output has further plummeted since January due to the new sanctions as well as nationwide blackouts in March and April, hovering slightly below 750,000 bpd since then. July figures are yet to be published by OPEC.

Court ruling puts Citgo at risk
Venezuela’s oil industry suffered a possible setback on Monday as a US federal appeals court rejected an appeal by PDVSA that would shield assets from its US subsidiary CITGO from seizure by Canadian mining giant Crystallex. PDVSA had appealed an August 2018 US court ruling that allowed Crystallex to seize CITGO assets as compensation.

Crystallex was awarded US $1.2 billion in compensation by a World Bank arbitration tribunal in 2016 in response to the 2008 nationalization of Las Cristinas gold mine in Bolivar State. The total has since accrued a further $200 million in interest.

The Venezuelan government had reportedly reached a settlement with the Canadian firm in November, but the company later accused Caracas of breaching the agreement.

The legal standoff is further complicated by the ongoing court battles for control of CITGO. The company had its assets frozen by the Treasury Department in January, and representatives of Juan Guaido and the Venezuelan government are locked in a dispute for control in US courts.

In the aftermath of the Crystallex ruling, Venezuelan Attorney General Tarek William Saab announced that a criminal investigation was being opened against Jose Ignacio Fernandez, who was appointed “special prosecutor” by self-proclaimed “Interim President” Juan Guaido in February.

Fernandez reportedly represented PDVSA’s Guaido-appointed ad-hoc board during recent proceedings. However, the Attorney General’s office pointed out that Fernandez used to work as an expert for Crystallex in its litigation against the Venezuelan state, claiming his actions could amount to “treason” and a conflict of interests.