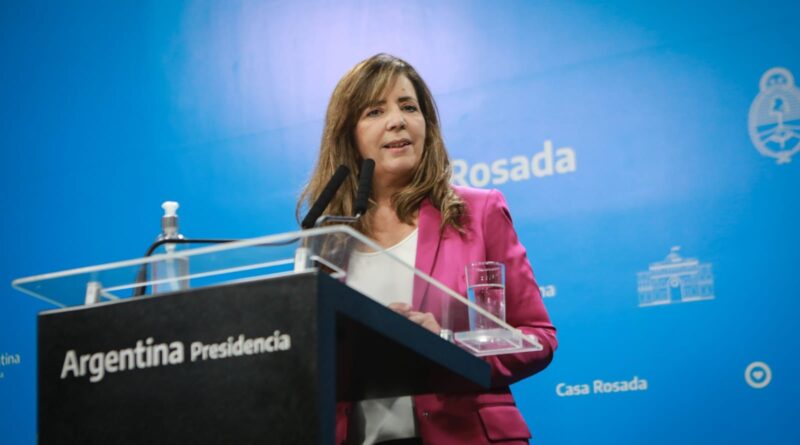 This Thursday, April 28, the president of Argentina, Alberto Fernández, reiterated that neither criticizing nor isolating Venezuela will aid in diplomacy, and that as such Argentina would continue to value the “positive” process in terms of human rights that has been reported in Venezuela.

“We understand that there is a process—which is a good process—that is being carried out at this time in Venezuela and that we must be there so that things improve more and more,” said the spokesperson for the Casa Rosada, Gabriela Cerruti, in a press conference.

These comments were a reference to the national dialogue process, launched by President Maduro, with different forces of the Venezuelan opposition, which on this occasion took place in Venezuelan as the Mexico Talks were abruptly suspended due to the kidnapping of Venezuelan diplomat Alex Saab, last October.

Cerruti emphasized that “it is not simply by criticizing, denouncing or isolating countries that solutions can be found, but rather it has to be part of the Latin American unity that we all hope will come about, so that Latin America can be a continent where we can work together, where democracy is respected, where human rights are respected and there is economic growth and social justice.”

She asserted that Argentina “has a policy of protecting human rights throughout the world” and that by heading the United Nations Human Rights Commission, it has not left aside what was expressed by High Commissioner Michelle Bachelet “with regard to the different violations of human rights in different countries, especially in Latin America.”

In this regard, the Argentine government received a letter, delivered the day before, by US and Europe funded organizations such as Amnesty International and Human Rights Watch, in which they urged Fernández to ask his counterpart, Nicolás Maduro, for the release of alleged human rights activists imprisoned in Venezuela, without mentioning that many of those alleged activist are just front-persons for US and Colombian destabilization attempts carried out by NGOs, financed by the US and Europe, that have committed crimes in Venezuela.