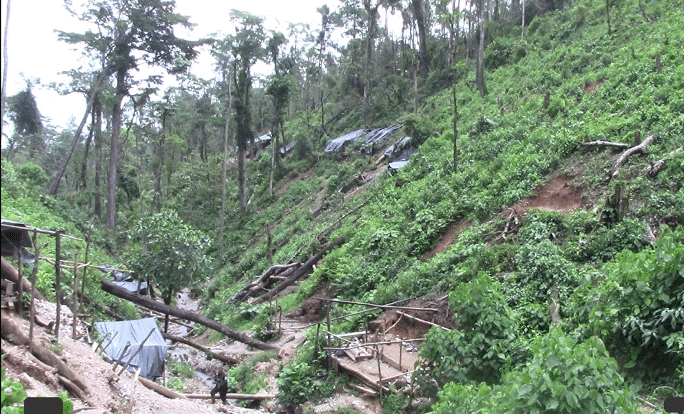 This letter, signed by solidarity, human rights, religious, labor and other organizations, has been sent to the UN Human Rights Council and the Inter-American Commission on Human Rights. It denounces the misrepresentation and exploitation of disputes over land in Nicaragua’s autonomous Indigenous territories for political purposes by local and international organizations which claim to represent the interests of Indigenous peoples.

To: The United Nations Human Rights Council and the Inter-American Commission on Human Rights

FROM: Undersigned solidarity, human rights, religious, labor and other organizations

Political exploitation of Indigenous communities in the Bosawás region
Nicaragua is a country with some 40,000 Indigenous families who benefit from the region’s most ambitious system of decentralized Indigenous government. Three hundred Indigenous communities legally own approximately one third of Nicaragua’s national territory. Within four years of returning to government in January 2007, President Daniel Ortega’s Sandinista administration had granted Nicaragua’s Indigenous and Afro-descendant peoples title to 15 territories covering more than two million hectares.

The largest tropical rainforest reserve in Central America, Bosawás, includes seven territories belonging to Mayangna and Miskitu Indigenous groups. Under autonomous government, Indigenous peoples participate actively in decisions relating to the protection of this environment. Land in these territories is held communally and cannot be sold, only leased.

However, there is a long history of mestizo settlers (called colonos) moving into the territories, a process which accelerated under neoliberal governments in power from 1990 until 2007. From January 2007, the new government worked to mitigate the continuing adverse effects while also consolidating the region’s autonomous administration. In fact, most mestizo settlers are accepted by the Indigenous and Afro-descendant communities and live alongside them.

Despite that generally stable context, some mestizo settlers occupy land illegally. Most disputes over land are resolved peacefully, but there is a history of occasionally violent conflict, with some 37 Indigenous deaths in the six years to 2020 reported by international organizations, who invariably omit other deaths of mestizo people resulting from attacks by Indigenous groups. Guillermo Rodriguez of the Center for Justice and International Law has admitted that “It’s a really complex situation. In some places, 90% of the current inhabitants are colonos.”

Regrettably, local and international NGOs ignore such complexities. They also fail to abide by basic reporting norms, making little effort to corroborate information they receive from local sources, seldom comparing reported incidents with other versions of events and rarely seeking genuinely independent verification. While other countries have bona fide representative organizations (e.g. in Honduras, COPINH’s defense of Lenca communities and OFRANEH’s reporting on attacks against Garifuna people), in Nicaragua elected Indigenous leaders reject the incompetence and biased reporting by local foreign-financed NGOs, finding them to be neither representative nor impartial.

The UN system and other international institutions seem almost invariably to accept the reports of international NGOs as if they were presented by impartial interlocutors, which, in the case of Nicaragua, categorically they are not. In doing so, such organizations fail the majority of Indigenous and Afro-descendant people in Nicaragua by misrepresenting the problems they face and by propagating falsehoods about the causes of any violence. They disregard the views and experience of Indigenous community leaders themselves, who are given no voice in these debates (as, for example, when the Inter-American Commission on Human Rights holds hearings without inviting local elected Indigenous leaders, such as the one on March 18 2021).

At both local and international level, NGOs exploit the occasional violent incidents in Nicaragua’s autonomous Caribbean Coast regions, using them in effect as ideological propaganda against Nicaragua’s socialist government. Here are four recent examples (for details, see links in text and sources at the end of this letter):

•  An incident in Kiwakumbai on August 23 of this year led to nine deaths and two women being raped. The Oakland Institute, together with Nicaraguan NGOs CALPI, CEJUDHCAN and Fundación del Río claimed that “settlers massacred at least 11 members of the Indigenous Miskitu and Mayangna peoples living in the Bosawás Biosphere Reserve.” In fact there were no settlers involved: the victims, who were Mayangna, Miskitu and other people operating an artisanal goldmine, were attacked by a group composed mainly of other Indigenous people in a dispute over profits from the mine. This was an intracommunal conflict.
•  On February 16, 2020, according to CEJUDHCAN, a young girl in the Miskitu community of Santa Clara was shot in the face in a settler attack, an allegation repeated by the Oakland Institute. The girl’s injury was actually due to a domestic firearm accident, as community leaders later confirmed. Settler attacks giving cause for concern have indeed occurred in Santa Clara and nearby Wisconsin, but as a result of illicit land sales by other local Miskitu community leaders to mestizo families.
•  On January 29, 2020, 12 houses in the Mayangna community of Alal were burnt down by colonos and two people injured. The Oakland Institute’s report Nicaragua’s Failed Revolution wrongly claimed that there were four deaths. This was repeated in a statement by the UN Human Rights Commissioner on February 7. In fact, the violence was a revenge attack by colonos to whom some Mayangna people from Alal had illegally sold land. The attack targeted the houses only of those people involved in the sale, apparently because they wanted to illicitly resell the same land to other buyers.
•  More widely, in 2020 the Oakland Institute and CEJUDHCAN launched a completely spurious and baseless campaign to portray Nicaraguan beef exports as “conflict beef” coming from disputed Indigenous territories, ignoring the protective mechanisms which the government has put in place and which meet stringent international norms.

Recently, the United Nations Human Rights Council received a letter signed by many of the organizations listed above, falsely accusing the Nicaraguan government of “negligence… and impunity in the face of the recurrent attacks against Indigenous and Afro-descendant peoples in the North Caribbean Coast Autonomous Region with the aim of widespread land-grab.” The letter repeats the incorrect version of the incident in Kiwakumbai on August 23 and is based on a statement by Amaru Ruiz of the NGO Fundación del Río, who has himself now been charged by Nicaragua’s authorities with deliberately publishing false information and provoking communal hatred.

Several of the organizations have condemned the Nicaraguan government in the most extreme terms, accusing it of “ethnocide” and labelling Nicaragua “the most dangerous country” for environmental defenders.” One body warns sensationally of the “complete disappearance” of Indigenous peoples, when the overall population of the Miskitu and Mayangna peoples alone number some 180,000 and 30,000 respectively.

The letter’s completely distorted picture ignores the interlinked problems of the remoteness of the areas, the extreme difficulty in policing them and the culpability of some members of Indigenous communities involved in illicit land sales. In the worst neocolonial style, these NGOs idealize all Indigenous people as environmental and human rights defenders when, naturally, this is not always the case. They dismiss the Nicaraguan government’s continuing efforts to resolve land disputes, omit the role of autonomous regional, territorial and communal governments and ignore far-reaching improvements brought by the government to the social and economic wellbeing of Indigenous peoples.

We therefore call on the United Nations Human Rights Council to reject the accusations in the letter from the 16 organizations. We also call on the international NGOs concerned, to act in good faith when reporting on Nicaragua in the future. At the very least, we urge them to abide by basic reporting norms so as to investigate and corroborate far more thoroughly claims about the situation of Indigenous peoples of the kind made by the Oakland Institute and by Nicaraguan NGOs CALPI, CEJUDHCAN and Fundación del Río. We demand that all these organizations desist from making exaggerated, misinformed and categorically false criticisms of Nicaragua’s treatment of its Indigenous peoples.

Sources:
The Kiwakumbai, Santa Clara and Alal incidents and the “conflict beef” issue are described in these articles:
Nicaragua’s Rainforest and Indigenous Peoples: a Story of Falsehood, Lies and US-based Political Campaigns
Progressive Media Promoted a False Story of ‘Conflict Beef’ From Nicaragua
Recorded interviews with Indigenous and other community representatives are presented in:
Nicaragua’s Indigenous Peoples: the Reality and the Neocolonial Lies (author Stephen Sefton)
Details of a site visit to Kiwakumbai, including interviews with the Mayor of Bonanza and a report by the Nicaraguan police:
Site visit to Kiwakumbai, Cerro Pukna, Bosawás (video by Stephen Sefton)
Report by Nicaraguan police
Interview with the mayor of Bonanza (by Stephen Sefton and Jimmy Altamirano)
Video report of site visit with the mayor of Bonanza to Kiwakumbai, Cerro Pukna, Bosawás (by Stephen Sefton and Jimmy Altamirano)
A summary of Indigenous leaders’ views and the background to these issues is given in:
Nicaragua’s Caribbean Coast Indigenous Leaders Speak Out (author Rick Sterling)
https://taskforceamericas.org/pbs-and-other-u-s-media-are-spreading-disinformation-about-nicaragua/

Featured image:  Police inspect the site of a violent incident in an artisanal goldmine run by Indigenous people in Bosawás, Nicaragua