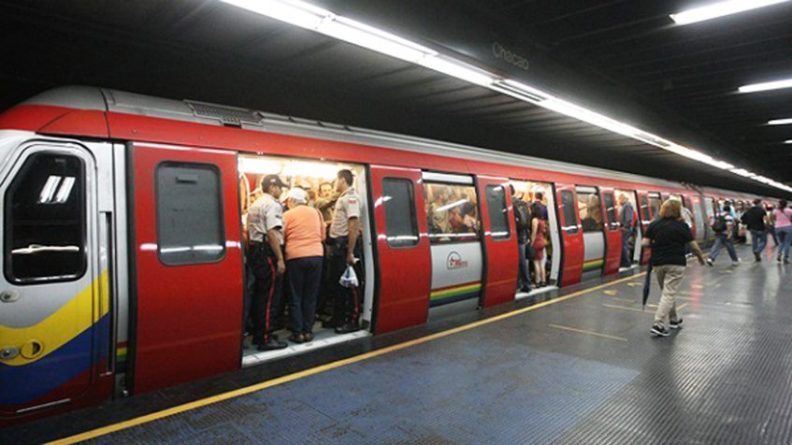 The Metro de Caracas announced the increase of the train fare from 0.50 to 1 Sovereign Bolivar [US$ 0.002 at black market exchange rate], as well as in surface transportation systems, Metrobús, Cabletren Bolivariano, Metro Cable San Agustín and Mariche as of December 10.

This decision responds to the Plan of Recovery, Growth and Economic Prosperity promoted by the President of the Republic, Nicolás Maduro, and complies with the guidelines of the Minister of Popular Power for Transport, Hipólito Abreu, reports the Caracas Metro in a press release.

According to the established norm, the users will be able to acquire a maximum of 10 tickets, whose formal sale is exclusive in the ticket offices of the underground stations, where the adequacy of the machines and turnstiles for the collection of the tickets is executed.

Since September 14, the payment for the use of the mass transit service has been reactivated, with the exception of the elderly that continues with the free service.

The Caracas Metro was inaugurated on January 1, 1983 and has been transporting the citizens  of Caracas for 35 years to different destinations in the capital. Currently, it moves more than 3 million people daily.