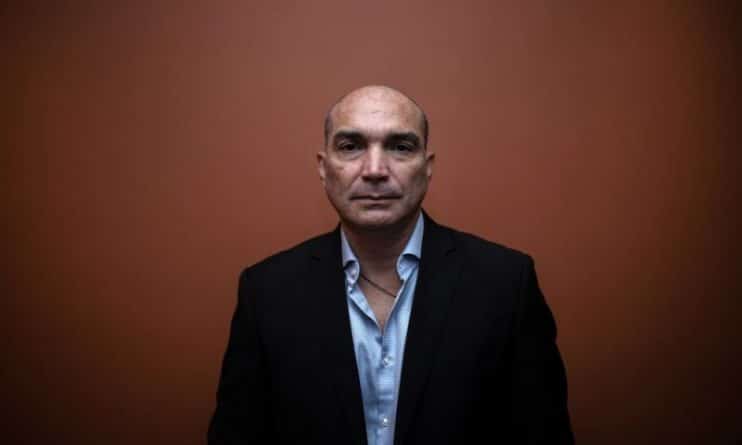 “The world would support the Armed Forces in Venezuela if they decide to protect their people and restore democracy by eliminating a dictator,” Senator Marco Rubio wrote on February 9, 2018. Eight days earlier, the former secretary of the State Department, Rex Tillerson, had suggested at the University of Austin, Texas, that the Venezuelan military could take charge of the situation in the country.

“In the history of Venezuela and, in fact, in the history of other countries in Latin America and South America, it is often the military that takes care of that, when things are very bad and the military leaders realize that they can no longer serve the people, they are in charge of a peaceful transition, “said Tillerson relaxed one day before starting his Latin America tour.

Then, once again, the United States denied knowing the existence of a military plan to overthrow President Nicolás Maduro precisely in the context of the dismantling of the armed cell of Óscar Pérez [the one that hijack a helicopter and open fire in the Supreme Court], inspired by evangelical political and religious motives, and backed by anti-Chavez spokesmen from Miami and Florida.

The call for a new coup d’état

This Tuesday, again, Bloomberg published a story where former Colonel Oswaldo García Palomo claims to seek the support of “friendly governments” for a new coup plan against President Maduro. Since the failed assassination, Miraflores had warned that García Palomo continued with his insurrectionary plans after having participated in the so-called “Operation Constitution” and the attempt to assassinate the president with drones loaded with explosives in August of this year.

“Our colleagues in Venezuela should know that we are working every day to join international and national forces, and eliminate the government by using weapons so that the country does not continue to bleed and die,” said former colonel, who is targeting ideal group to install a transitional board with civil head to eventually call elections in the same way that in February Tillerson had marked publicly. On this, Garcia Palomo acknowledged having contacts with opposition leaders and a line of consultation on upcoming plans.

According to the report signed by Andy Rosati and Ezra Fieser, the former member of the Bolivarian National Guard decided to raise his profile to shake public opinion about what he considers to be “a criminal gang, not a government.” In a recent video, Garcia Palomo urges members of the Bolivarian National Armed Forces to “take responsibility for their family, god, the law, their country and the rest of the world,” repeating the same religious political diatribe as former pilot Oscar Perez used to call the overthrow of Maduro.

On the other hand, the former colonel did not deny that he is the liaison of the dissident groups in Venezuela with the governments of Colombia and the United States, as the president denounced last August at a press conference about the international connections of those involved. with the failed assassination. The former colonel himself said, even, that he works so that “friendly governments” help the coup plotters to realize their plans.

Garcia Palomo acknowledged that the so-called “Operation Constitution” failed because his group was “infiltrated” by state security agencies that were anticipating the military uprising. This operation consisted in besieging Caracas, seizing key military and logistical facilities, such as airports, bases and ministries, and capturing Maduro, along with high-ranking civic-military leaders, to be judged internationally on the eve of the presidential elections. from May 20.

According to the report by Bloomberg, after the failed assassination, Garcia Palomo’s group even met in Colombia with the cell that tried to assassinate President Maduro with two drones. Although the former colonel denies it, the investigations of the state security agencies [in Venezuela] maintain that he was also involved in that failed plan.

After this assassination attempt, Maduro expressed at a press conference in August that Garcia Palomo was still “trying to recruit soldiers for his criminal and fascist adventures” by traveling through several countries in the region. According to the report, the former colonel even crossed the border between Colombia and Venezuela to participate in the first of the operations, as well as his family who left the country with the help of the government of former President Juan Manuel Santos.

The role of Colombia, along with the United States, as well as recognized, is all too evident given that García Palomo organized a large part of his coup plans from the neighboring country after he became a fugitive from justice for his participation in the armed attack to Fort Paramacay near Valencia, carried out by a group of ex-soldiers related to former Captain Juan Carlos Caguaripano and Óscar Pérez, former inspector of the Scientific, Criminal and Forensic Investigations Corps.

Since the end of the guarimbas in 2017, it has become increasingly evident the placing in the center of the scene of paramilitary and irregular armed cells that claim to assume the role of vanguard in the conflict against the Venezuelan State. García Palomo’s statements, together with the dismantling of Óscar Pérez’s group, show that these cells are made up of the military, police, common delinquents and members of the so-called “Resistance”, among whom a fundamentalist discourse on politics and religion is proclaimed in a similar way to other terrorist organizations worldwide that are employed to attack States that oppose the United States. Think of the Syrian or Libyan “rebels”, before becoming part of the Daesh.

Marco Rubio’s constant calls for a military coup, such as the support of these plans by the White House, also demonstrates the fundamental role played by Florida as a financial, political and operational base of these groups, which are known to have received money from groups of anti-Chavistas in exile to develop their operations in the country, especially since the resounding failure of the color coup in 2017.

The Venezuelan government repeatedly claimed that these groups have the support, mainly from Colombia and the United States, including protecting Garcia Palomo to continue seeking greater accessions to their plans to derail the constitutional thread in Venezuela. However, facing the assumption of the new mandate of Maduro, highlights the evident cartelization that exists between these groups and the different fractions antichavistas to come together in a badly called “Transition Board” that after a coup calls for new elections.

For that reason, the elevation of García Palomo’s public profile in a financial medium such as Bloomberg is more than clear that he seeks to project the perception that an imminent new coup attempt is approaching. What by repeated and repeated does not cease to be dangerous in the current Venezuelan context, where the way of force seems to be the only alternative that has been left to the adverse factors of the country to retake control a State that makes it difficult to reconquer since 1998.