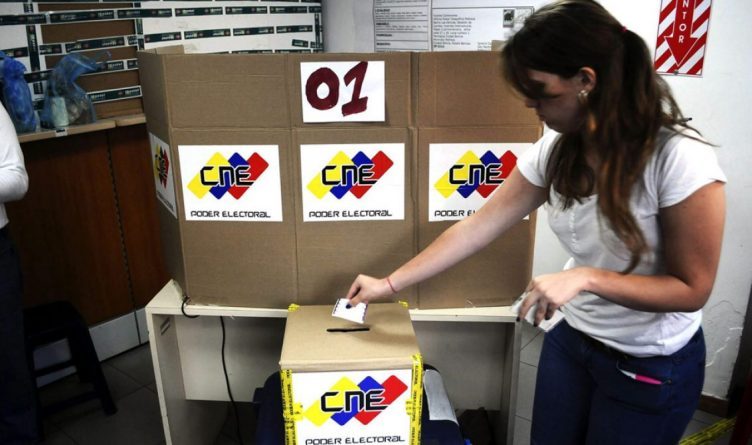 A total of 28,773 voting tables are distributed in 14,382 voting centers of the 335 municipalities in the country to receive the voters on December 9, where the representatives of the municipal chambers and their respective alternates will be elected. In the western region of the country, 6,128 voting centers have been set up for the suffrage of more than four million voters.

In Mérida state, 924 voting tables will be activated in 528 centers, while Trujillo will have 942. For its part, Táchira will deploy a total of 262 voting centers with 671 voting tables, according to the head of the State Electoral Regional Office, María Lineros.

The Zulia state will provide 3,273 tables for its more than two million voters, while in Yaracuy the voters will vote in 729 tables, and the Mirandina’s Guarenas and Guatire 360.

In the central-western region, 1,025 polling stations are counted by the Lara state to receive 1 million 335 thousand 481 voters; and another 1,029 will be qualified in Portuguesa, where they are called to vote 649 thousand 925 voters.

Likewise, Falcón state will have at its disposal 729 centers with 1,942 tables, and in Yaracuy they will vote in 729 tables of 486 centers, according to the Coordinator of the Regional Electoral Organization (ORE) of the National Electoral Council (CNE), Frank Molleja.

For the Guayana Region, in the Bolívar state, 1,451 voting tables will be deployed in the 720 voting centers that will be activated, and Amazonas, which has 111,000 voters, will open 145 voting stations with 193 voting tables.

Meanwhile, the Guárico and Barinas plains populations will choose 285 aldermen and alderwomen in more than 1,700 tables, of which 820 will work in Guárico and 913 in Barinas.

In Carabobo, more than 1 million 638 thousand voters are entitled to participate in the 712 voting centers that will be authorized in the 14 municipalities of the state, where 120 aldermen will be elected, in 2,037 voting stations.

In the eastern region will be available 1,471 tables in Anzoátegui, distributed in 650 centers, where 159 aldermen will be elected, of which 103 will be nominal, 43 list and 12 by indigenous representation.

Meanwhile, Nueva Esparta state will have 242 centers and 490 tables authorized for the elections.

This Sunday, December 9 will be elected 2,459 charges to aldermen and alderwomen with their respective alternates. Of that total, 1,704 will be elected by the nominal route, 686 by list and 69 by the indigenous communities.