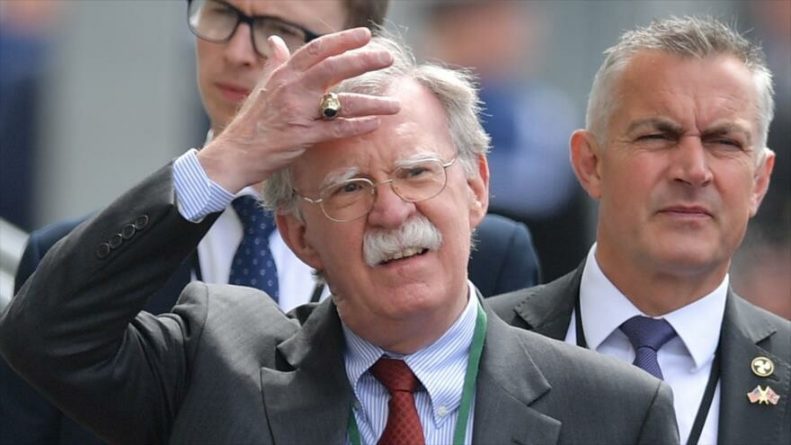 The Russian ambassador in Caracas pointed out that the US National Security Advisor, John Bolton, has fabricated another accusation against Russia with “another invention”.

“This is another invention that Bolton apparently needs to maintain the illusion that Venezuela is an imaginary threat and that Russia, of course, is to blame for this,” says Vladimir Zaemski, according to the Russian news agency Sputnik.

Zaemski’s statement alludes to Bolton’s accusation against the president of Venezuela, Nicolás Maduro, of having mismanaged the resources of the Bolivarian country.

The ambassador then indicates that Russian President Vladimir Putin said “very clearly the other day that we have not signed a new contract recently”.

In March, Russia said it had sent planes with nearly a hundred military personnel to Caracas for a mission to maintain equipment supplied to Venezuela. Immediately, the USA asked Moscow to withdraw its forces from the South American country.

RELATED CONTENT: US Sanctions in Venezuela: Help, Hindrance, or Violation of Human Rights?

In this regard, Putin affirmed on June 6 that Moscow is not creating military bases or sending troops to Venezuela, but acknowledged that “it must honor its contractual obligations” with Caracas in terms of maintenance of the equipment.

Also, a member of the Defense and Security Committee of the Council of the Russian Federation, (Senate), Frants Klintsevich, has branded Bolton’s conspiracy signaling.

“By stating that you can buy support from Russia, the adviser to the president of the United States (Bolton) confirmed his total ignorance about our country,” the Russian senator fired back from the social network, Facebook.

He also pointed out that the amount named by Bolton “causes nothing but laughter” since it amounts to “less than 13.5 billion rubles, a figure around 0.075% of the cost of Russia’s federal budget for 2019,” explains Klintsevich .

Bolton and other authorities of the Donald Trump Administration insist on backing the Venezuelan opposition, led by the self-proclaimed “interim president” Juan Guaidó. In this way, Washington has imposed a series of sanctions and keeps the military option on the table.