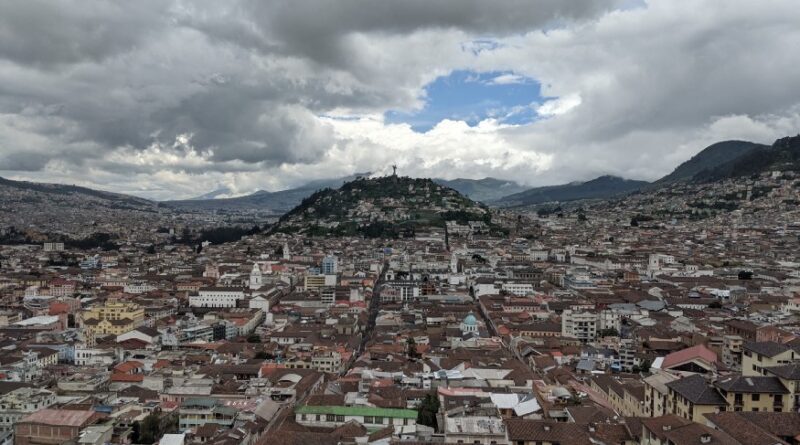 Ecuador’s new government has been showing signs of a reversal of the comprador policies that had been abolished with the arrival of the Citizens’ Revolution, and which survived the neoliberalization process of the Moreno administration.

The fact that two months after taking office Guillermo Lasso has re-joined the investor-state dispute settlement (ISDS) mechanisms and that Ecuador’s ambassador in Washington signed the country’s re-entry into the World Bank’s International Center for Settlement of Investment Disputes (ICSID) is a sign of this.

The ISDS mechanism had previously been denounced and Ecuador had withdrawn from ICSID in 2009. However, the most striking aspect of the return to the old model is the unconstitutional route Lasso is taking to carry it out. It so happens that Ecuador’s withdrawal from ICSID was part of a broader process that resulted in the termination of all of Ecuador’s Bilateral Investment Treaties (BITs).

Lasso’s sell-out agenda
Getting out of these entanglements took years, but Lasso wants to return to them through a stroke of a pen. An article by Guillaume Long and Andrés Arauz (the latter a recent presidential candidate) published with the Institute for New Economic Thinking last week argued that “Ecuador’s Constitutional Court decided that Ecuador’s re-entry into ICSID did not require legislative ratification. Now, the government is pushing for a reinterpretation of the Constitution that would allow Ecuador to sign BITs.”

Contrary to the new president’s unconstitutional fast track, the experts argue that “Article 422 of the new Ecuadorian Constitution, approved by popular referendum in 2008, stipulates: ‘The Ecuadorian State shall not enter into international treaties or instruments in which the Ecuadorian State cedes its sovereign jurisdiction to international arbitration entities in contractual or commercial disputes between the State and natural or legal persons.'”

This was how the government of Rafael Correa, in a ten-year span, put an end to a first batch of BITs in 2008, and a few months later abandoned ICSID, noted the article by the Ecuadorians entitled “The New Ecuadorian Government Allies with Powerful International Lobbies to Re-enter Investment Treaties Prohibited by the Constitution”:

In 2013, the Ecuadorian government commissioned a group of experts to audit its arbitration cases and all its BITs, including the legality of their ratification, and their repercussions on the country. The Commission for the Audit of Investment Protection Treaties (CAITISA), composed of academics, lawyers, government officials, and civil society groups, concluded that many of Ecuador’s BITs had not been adequately ratified. It also found that the treaties failed to attract foreign investment to Ecuador.

These audits confirmed that these treaties were unfavorable to Ecuador and highlighted the importance of the State to defend the nation’s interests. The report details that it was usually a problem for investor-state dispute settlement mechanisms to hire lawyers with close ties to transnational corporations.

Contrary to the myth that loss of sovereignty is a way to attract investment, the CAITISA report confirmed that foreign investment goes to countries that experience steady economic growth; have strong institutions, including a strong judiciary; and are stable, including politically and socially.

What is clear is that Bilateral Investment Treaties have been shown to create a shield of impunity for environmental damage and tax evasion by transnational corporations. It is easy for these companies to evade responsibility in case of catastrophes because they generally leave the country where they occur.

Everything points to the fact that the government of Guillermo Lasso is returning to these mechanisms that have wreaked havoc in Ecuador, as a way of allying itself with the influence of US imperial policy, a logic that Rafael Correa escaped by “taking advantage of the growing global consensus on the negative effects of ISDS, which many countries signed up to from the late 1980s to the early 2000s, during the heyday of deregulation and ‘downward’ approaches to attracting investment. Some of the largest emerging economies had led the way: South Africa ended its investment treaties in 2012; Indonesia in 2014; India in 2017. Among Latin American states, Brazil never ratified any treaties that included ISDS, and Bolivia terminated its BITs in 2008.”

The ISDS clauses were revised because even EU countries were not exempted from sanctions by arbitration tribunals simply for upholding European law. This led European Commission President Jean-Claude Juncker to write: “Nor will I accept that the jurisdiction of EU member states’ courts is limited by special regimes for investor disputes,” Long and Arauz report.

It was in May 2017, with a new authorization by the Parliament, and with previous decisions by the Constitutional Court, that Ecuador finally put an end to its 16 remaining BITs, including those concluded with the United States, the United Kingdom, France, Germany, Spain, China and the Netherlands.

It is worth noting that the shift to these policies did not begin with the current president, since Lenín Moreno from the beginning of his government did not share this criticism of the mechanisms used by companies to extort States and thus avoid effective regulatory systems, whether in the field of taxation, environmental safeguards, or labor rights.

“Eager to return to the neoliberal policies of the 1990s, and under intense lobbying from transnational corporations, the Moreno government asked the Constitutional Court to reinterpret Article 422, arguing that it only applied to trade disputes,” wrote Arauz and Long. “The move was remarkable in its audacity: Article 422, which mentions the generic term ‘contract,’ is clearly intended to prohibit arbitration of investment disputes. The minutes from the Constituent Assembly that drafted the Constitution, and the Constitutional Court’s multiple prior decisions, also support the interpretation that Article 422 concerns investment. The court has thus received scores of amicus curiae (third parties outside of litigation) from reputed domestic and foreign academic experts and from civil society organizations calling on it to reject the bid.”

While the deadline for the Constitutional Court’s interpretation of Article 422 has passed, the government of Guillermo Lasso is pressuring the court to allow a quick return to ISDS mechanisms.

The authors suggest that the process is flawed, because the person in charge of the Court to analyze the reentry to ICSID, Teresa Nuques, has been the director of the arbitration center of the Guayaquil Chamber of Commerce and a vocal advocate of ISDS. There were magistrates who appealed to the Constitution, which requires legislative approval of any treaty involving the relinquishing of national legal powers in favor of a supranational body, but they were outnumbered, and on June 30 the court announced its decision that legislative approval of ICSID membership was not mandatory.

What is surprising—they say—is that the timing of Ecuador’s re-joining ICSID comes three weeks after ICSID declared a ruling in favor of the Franco-British oil company Perenco in its arbitration case against Ecuador:

The company was awarded US $412 million (a US $372 million fine, plus interest) from Ecuador for breaching the France-Ecuador BIT clause on “indirect expropriation.” In 2006, Ecuador’s Congress had unanimously passed a law that mandated revenue-sharing of windfalls resulting from surges in commodity prices. In 2007, the government further modified a regulation to maximize revenues for the State. Most oil companies established in Ecuador accepted the new terms, but not Perenco, which never paid the amount due. When the tax authority claimed the amount owed by seizing an equivalent quantity of oil, Perenco left the country, without paying for the damage that its operations caused to the environment.

There is no apparent explanation for the reinstatement of a mechanism that undermines the sovereignty of a country. What is clear is that it ruled in favor of a French billionaire family to the detriment of a country of nearly 20 million inhabitants. “Companies established in tax havens often resort to the corrupt practice of ‘buying’ investment treaties signed by other countries to enjoy the best of both worlds: protection and impunity,” the Ecuadorian authors state.

Finally, the Ecuadorian government would pay the fine to Perenco, announced the Ministry of Communication of the South American country, although Ecuador could resort to several measures to avoid or delay this payment, especially in a context of economic crisis and pandemic, whose per capita mortality rate by COVID-19 is one of the highest in the world. With all the resources to reverse the measure, Lasso has already made it clear, upon rejoining ICSID, that his government has no intention of challenging the payment to the company.

Dismantling continues
It is clear that the new government of Ecuador is following the line of surrender initiated by Lenín Moreno. But Lasso’s pro-imperialist policy was already foreseen from the beginning, due to his business ties and his political career.

From a very young age he was linked to the Guayaquil stock exchange. His first company was Constructora Alfa y Omega, founded with his older brother Enrique Lasso in 1978, at the age of 23.

This businessman since the cradle was appointed executive president of Banco Guayaquil in 1994. That same year he went through the national subsidiary of Coca-Cola. In 2017 a report revealed that Guillermo Lasso was associated with 49 offshore companies in tax havens and accumulated between 1999 and 2000 a wealth of $30 million.

He rejects any type of regional integration that is not in line with the neoliberal corporate model.

With this brief review, it is not surprising that political decisions are complacent with Washington’s agenda, nor that the pro-imperial agenda is above national interests.

In any case, Moreno handed over the dismantling of the Ecuadorian State to Lasso, who had already met with the former president in a curious call for dialogue where only right-wing political actors participated.

Crony firms keen on participating in fire-sale privatizations, for example, are anxious to anchor new trade and investment treaties with ISDS chapters,” note Long and Arauz. “And the Lasso government is eager to sell off as many state-owned assets as possible. It is no coincidence that, a week after the Constitutional Court gave the go-ahead for Ecuador’s return to ICSID, Lasso issued an executive decree that mandates the gradual privatization of the state-owned oil industry and highlights international arbitration as a cornerstone of his policy.”

For this reason, the pressure and lobbying to bypass parliamentary authorization and the desperation of lobbyists for a return to the pro-ISDS agenda is evident.